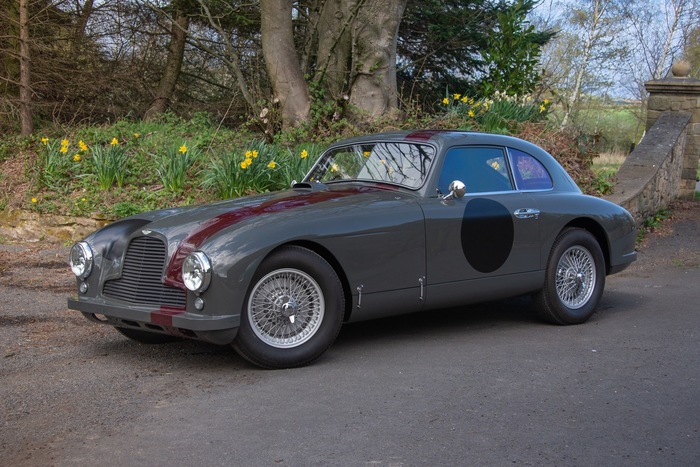 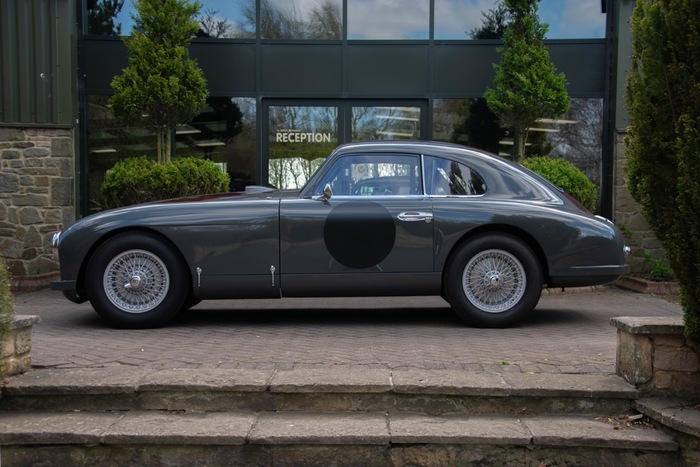 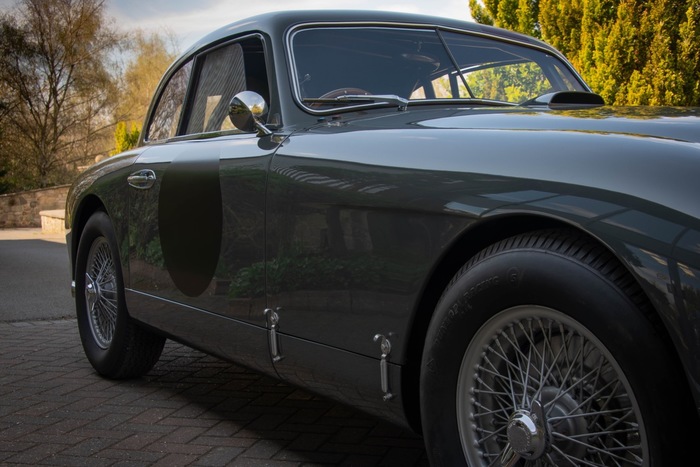 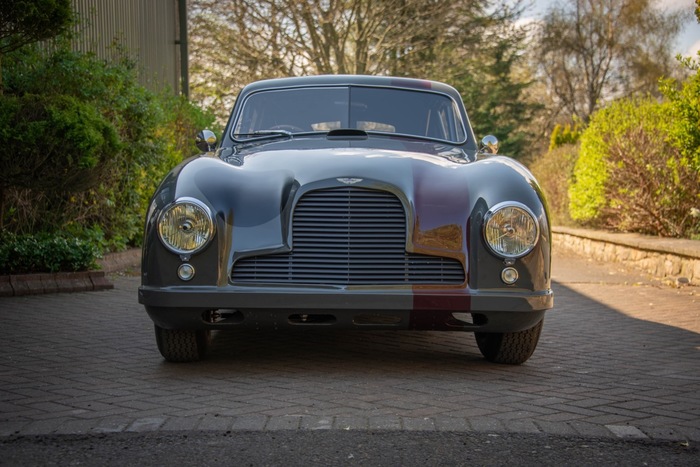 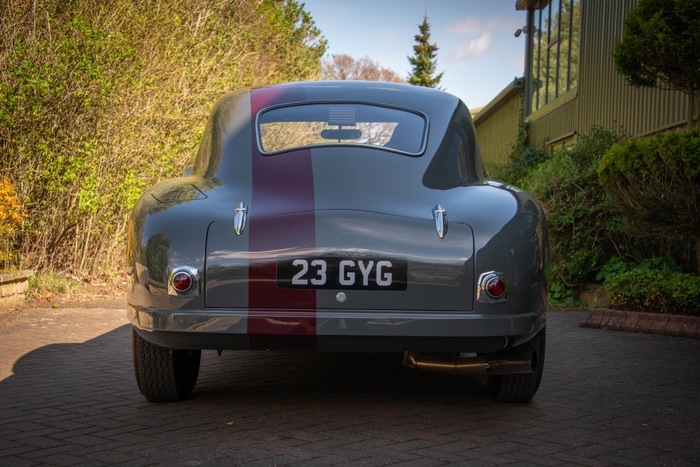 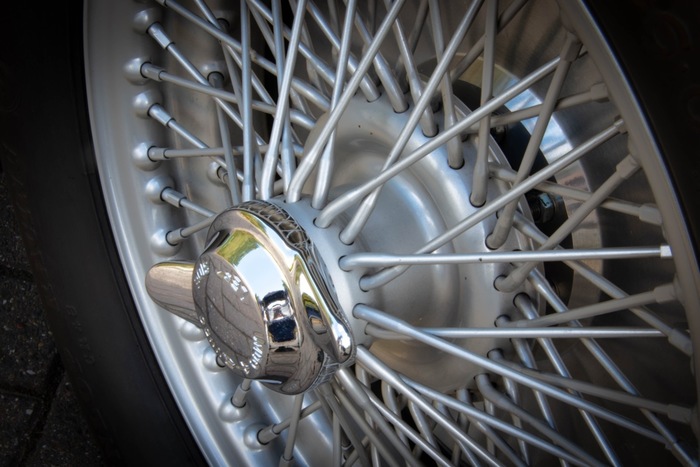 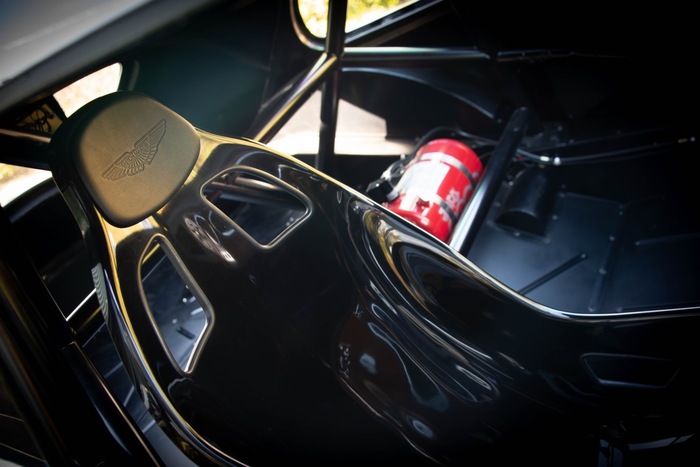 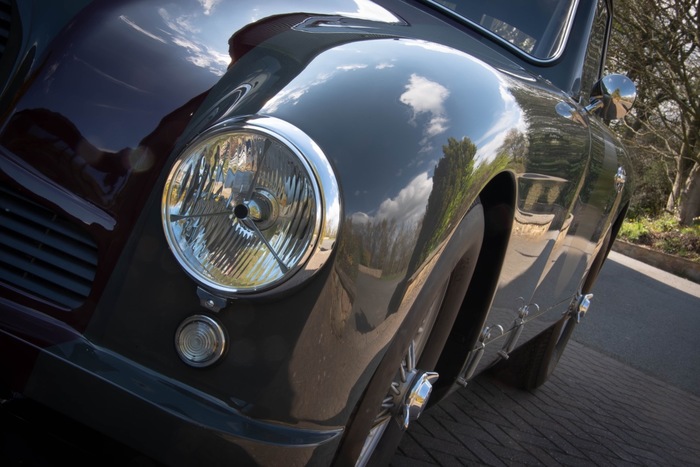 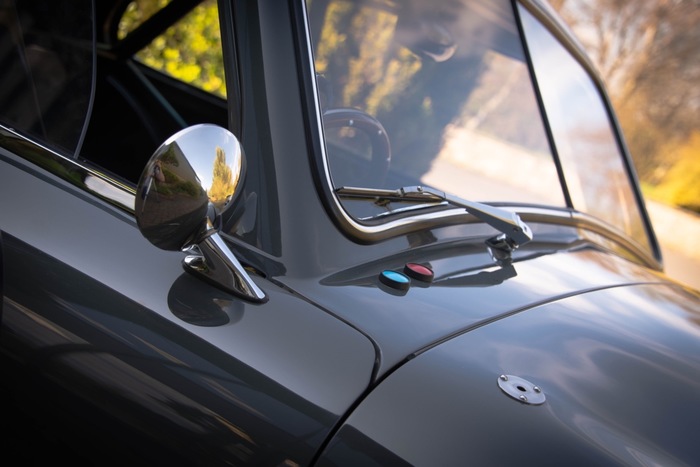 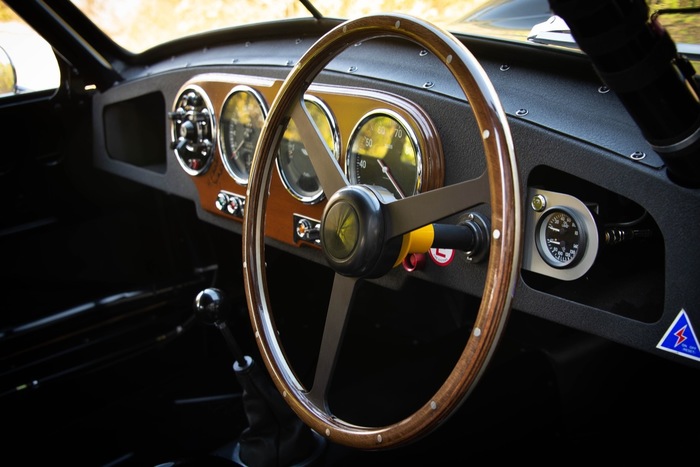 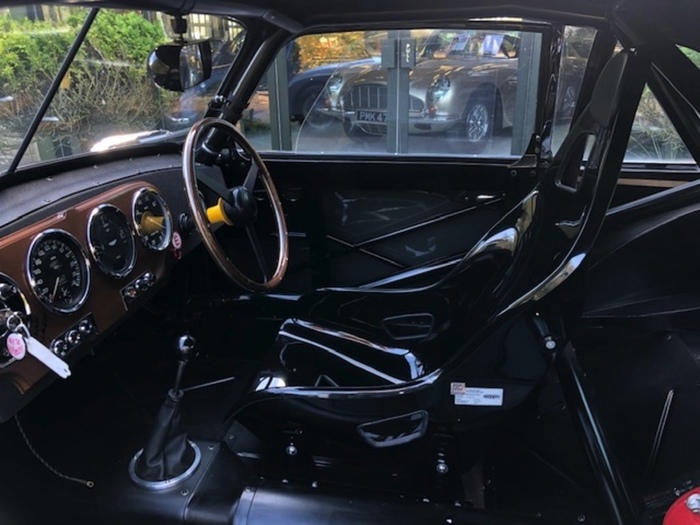 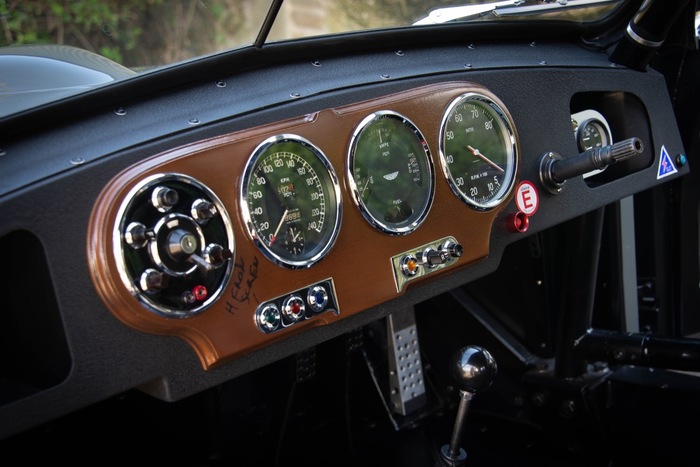 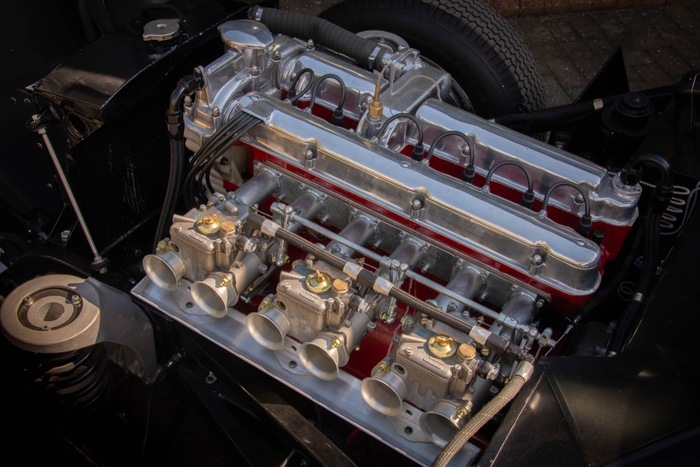 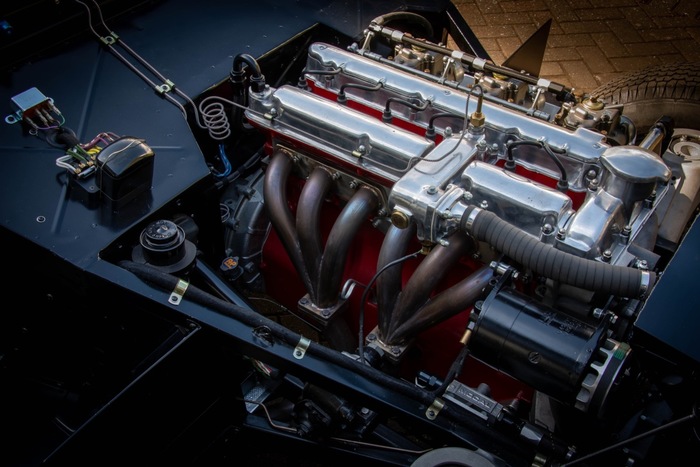 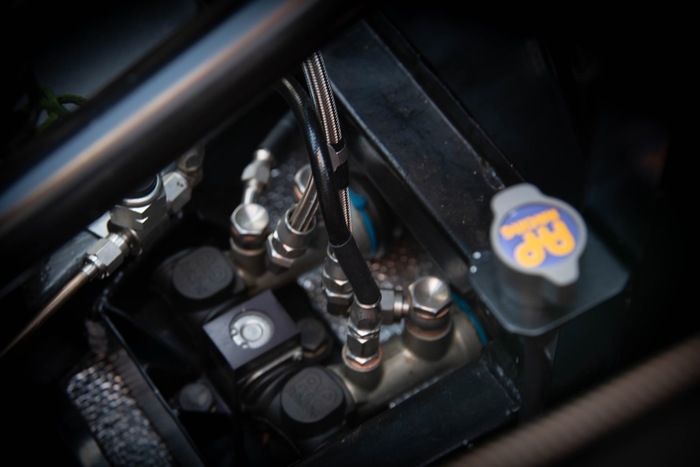 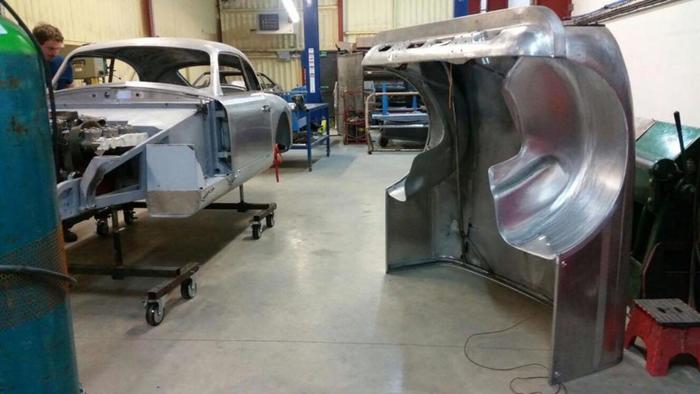 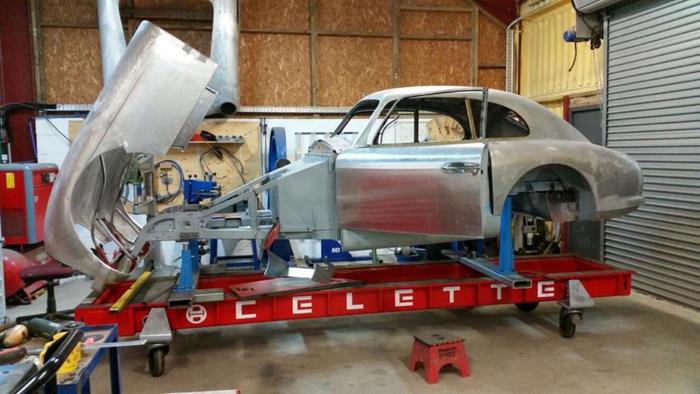 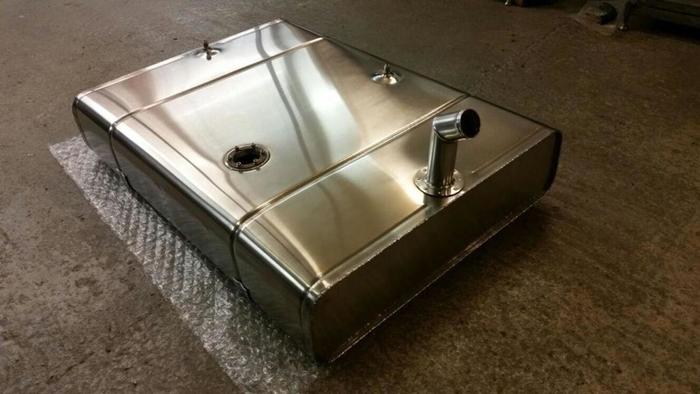 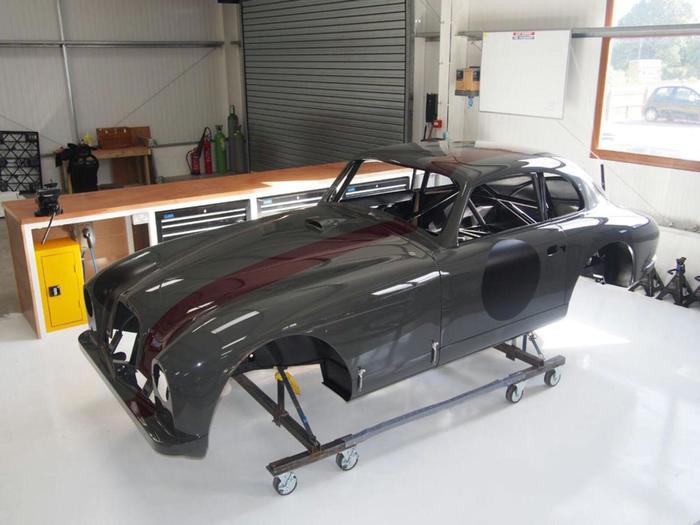 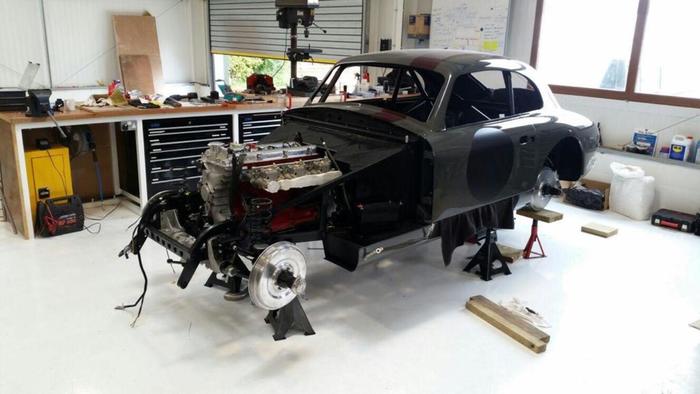 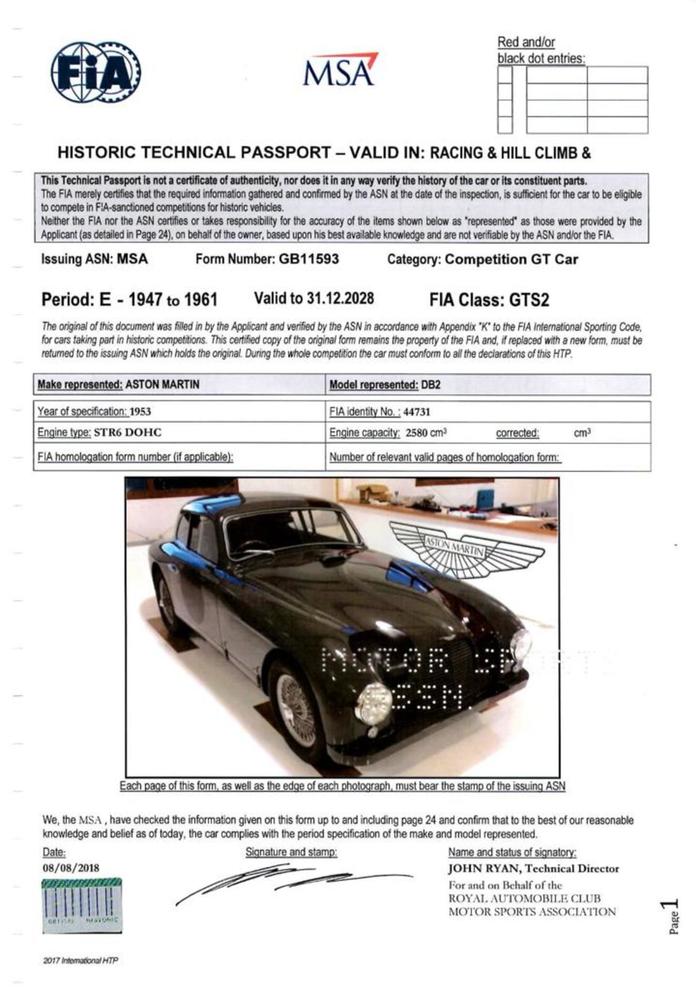 We are delighted to offer for sale this lovely example of the DB2 presented in stunning Graphite Grey, making it a true eye-catcher. It’s fascinating history includes having been previously raced by George Abecassis’s the British Racing driver and co-founder of HWM Formula 1 team.
In 2017 the car was subject to a fully documented ground up restoration by recognised Aston Martin specialists with approximately £300,000 spent to bring the car to its present outstanding condition. As can be seen from the photographs attention to detail is phenomenal and this has to be one of the finest DB2’s we have had for sale. Driving well on the open road, this is a strong, robust and very presentable DB2 with the correct paperwork making is eligible for many historic racing events.
'The fruits of the company's post-war competition experience are now to be seen in a new model, the DB2, which is a 100mph touring car of really individual design. It is designated a sports saloon but is really a streamlined two-three-seater coupé with space for a considerable amount of luggage.' - The Autocar, 21st April 1950. Its accompanying copy of the factory build sheet states that chassis number 'LML/50/126' was delivered new to J H Vantol Ltd of London EC4 on 10th April 1952 and first registered 'RPH 2'. Its original engine is listed as 'LB6B/50/568' and the exterior colour as Deep Carriage Green. 'RPH 2' was once raced by George Abecassis, co-founder with John Heath of Hersham and Walton Motors, better known as HWM, the world's longest-serving Aston Martin agent having been appointed in 1951. Abecassis was also an Aston Martin works driver and husband of Angela Brown, daughter of Aston Martin Lagonda owner, David Brown. 'RPH 2' is pictured in Fred Hobbs' book 'My Life At HWM' being raced by Abecassis at Snetterton in 1952 (page 121, copy available). The caption states that Hobbs' 'pal Stephen' (presumably its first owner) had lent the car to Abecassis and that it had gone 'extraordinarily well'. Abecassis' performance was remarked upon in Autosport. The only other owner recorded on the build sheet is one J Malloy, Industrial Sales, Deansgate Manchester, this company being the first owner listed in the accompanying old-style buff logbook (issued 1962) which also records the change of registration from 'RPH 2' to 'GYG 23'. The engine in the car today - 'VB6B/50/377', a 2.6-litre Vantage unit - is that listed in the logbook so must have been installed at some time prior to 1962. Three further owners are recorded, the last of whom, Roy Tillotson of Silsden, West Yorkshire, acquired the Aston in February 1965. We are advised that the car was once owned by a David Brown employee who worked at Park Gear Works in the 1960s and it is understood that the Vantage engine - 'VB6B/50/377' - was installed by the factory in1958. From 1982 it was campaigned extensively in competition by Bill Monk and has continued to be a familiar sight at numerous competitive events in Britain and abroad. These include: the 1999 Tour de France Auto, 2000 Round the World Rally, 2002 Le Mans Classic, 2003 Mille Miglia, 2004 Le Mans Classic and 2005 races at Mallory Park and BRDC Silverstone where it finished 14th and 9th respectively. Fitted with a 125bhp Vantage specification engine and boasting a well-sorted chassis, the DB2 has always proved competitive The car comes with a large history file containing related press cuttings, assorted invoices, race/rally entry forms and results sheets, sundry bills, many period competition photographs and Swansea V5. A well-known Aston Martin with a fine pedigree, this DB2 would be a welcome entrant in historic events anywhere in the world. In 2017 the car was subject to a fully documented ground up restoration by recognised Aston Martin specialists with approximately £300,000 spent to bring the car to its present outstanding condition.
Tweet