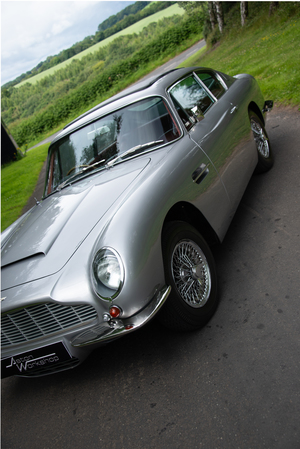 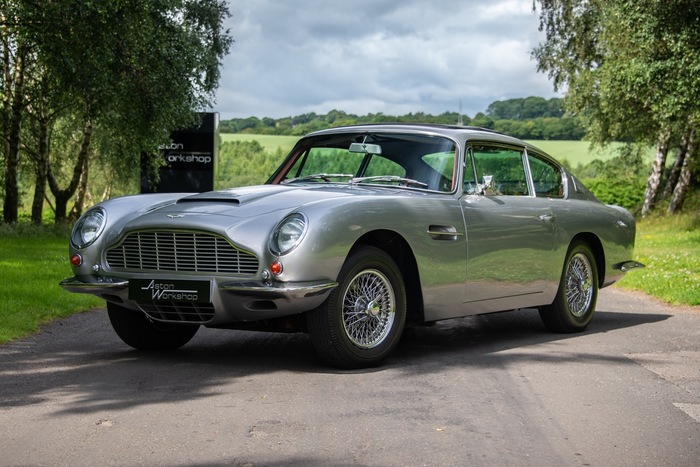 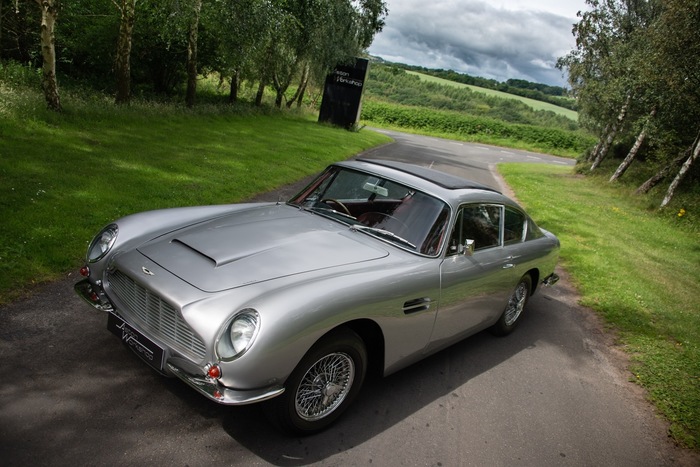 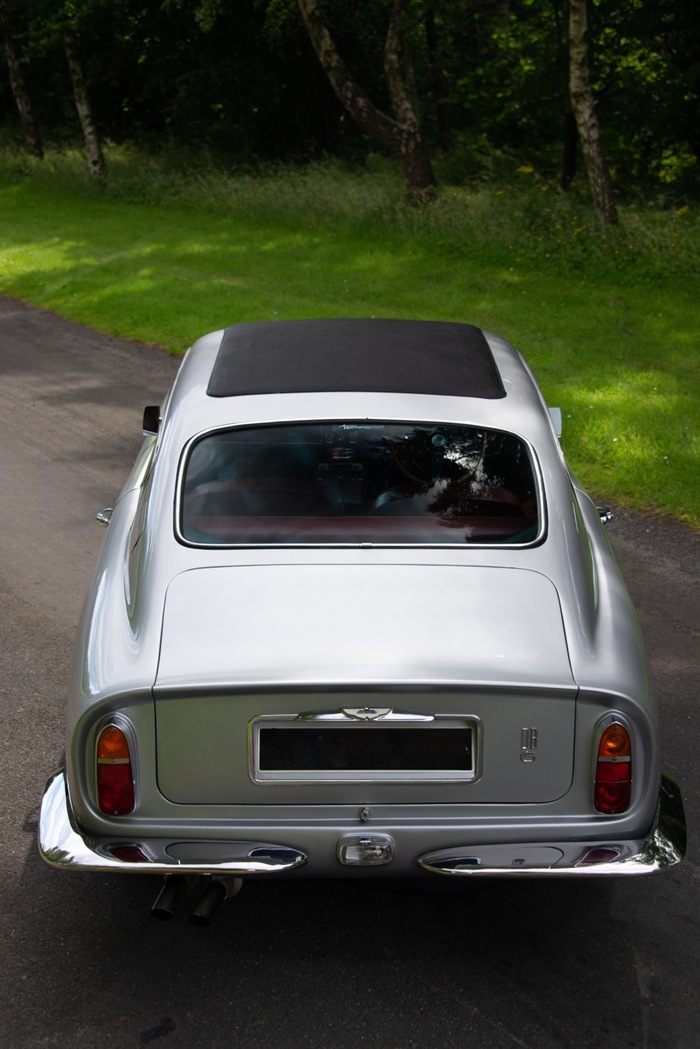 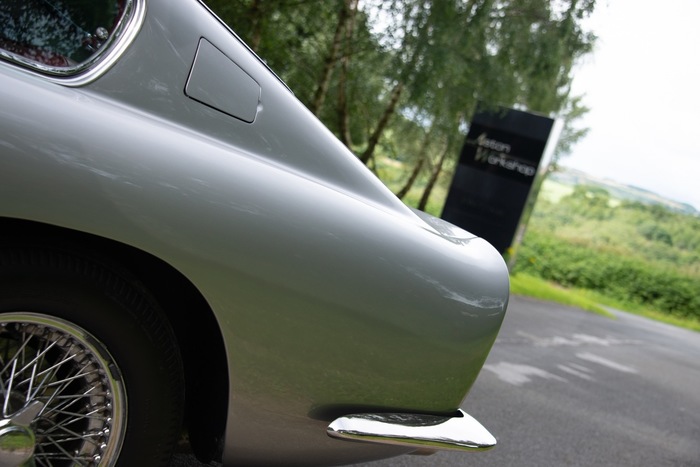 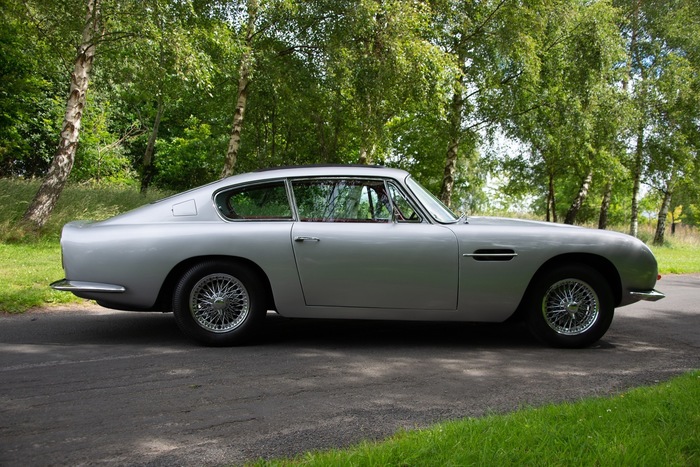 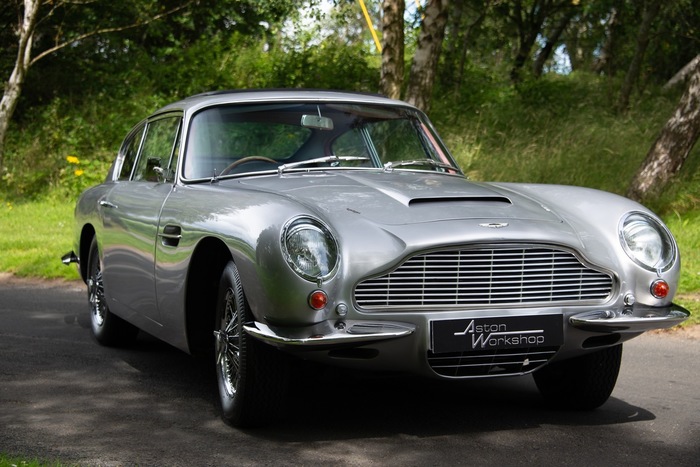 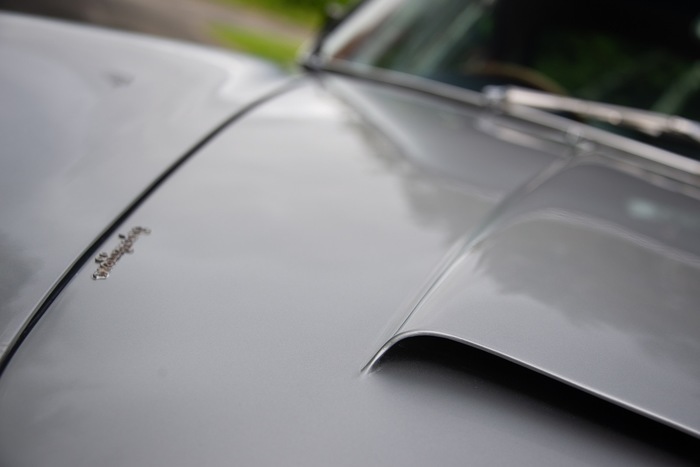 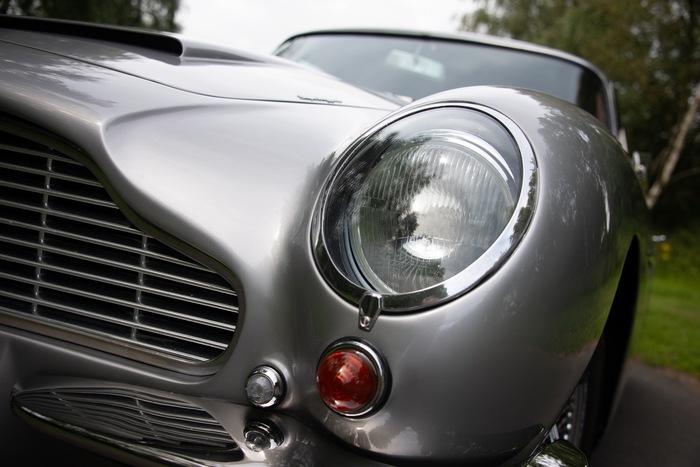 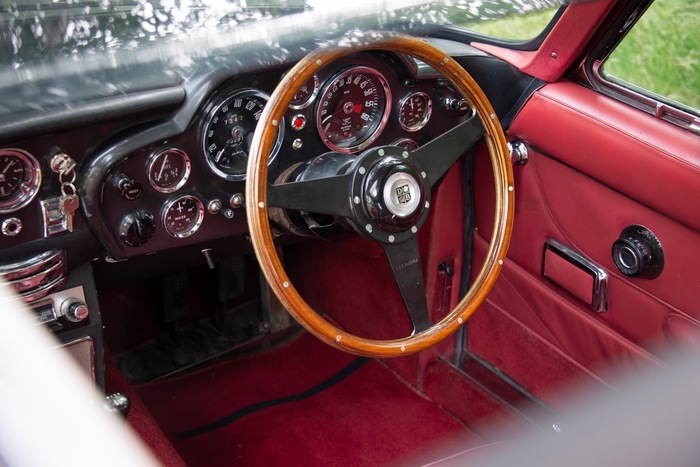 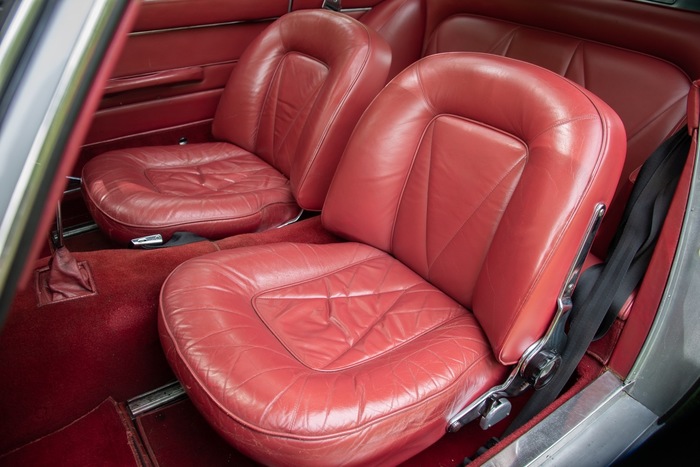 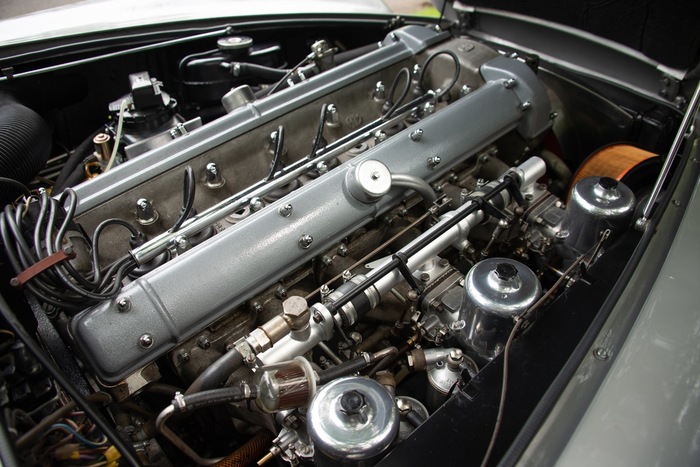 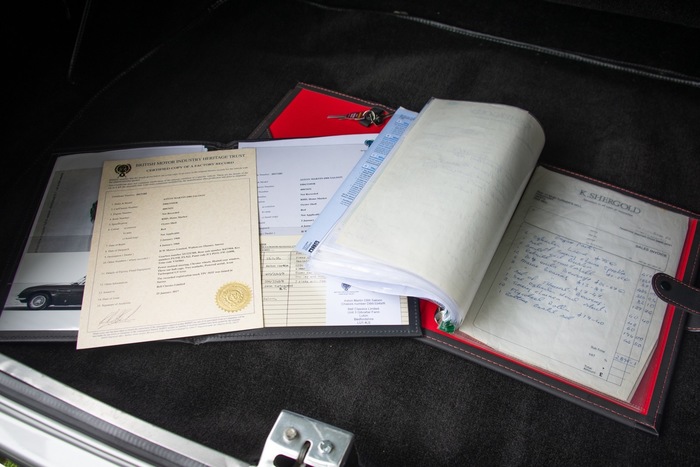 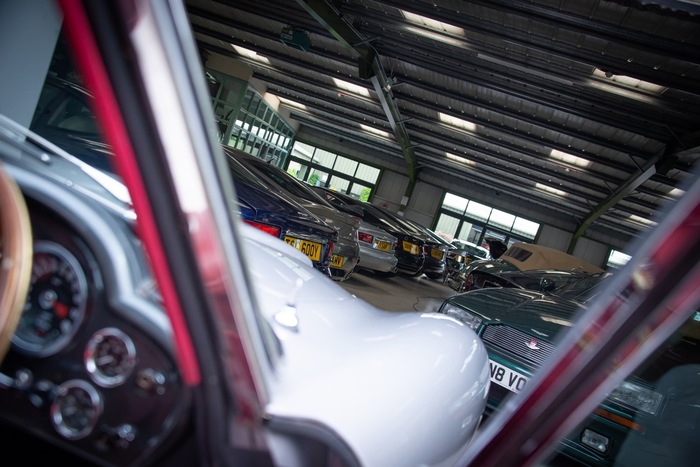 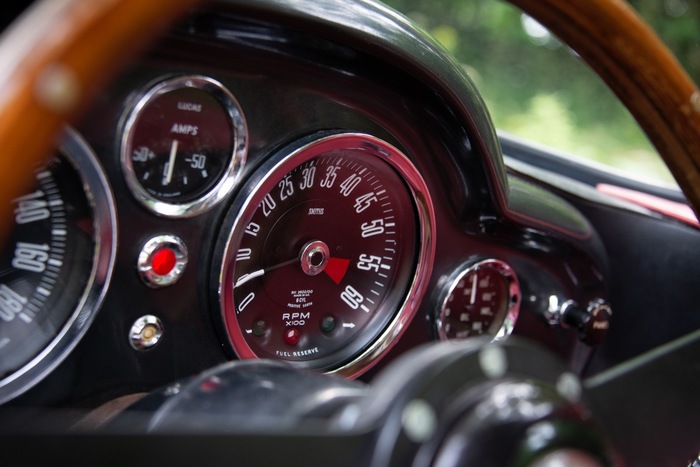 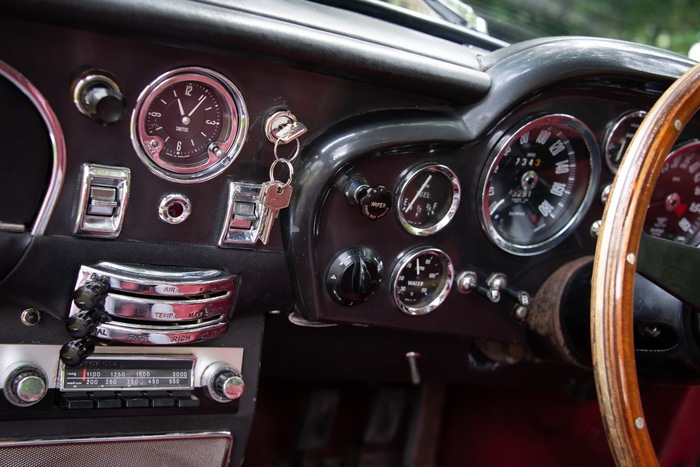 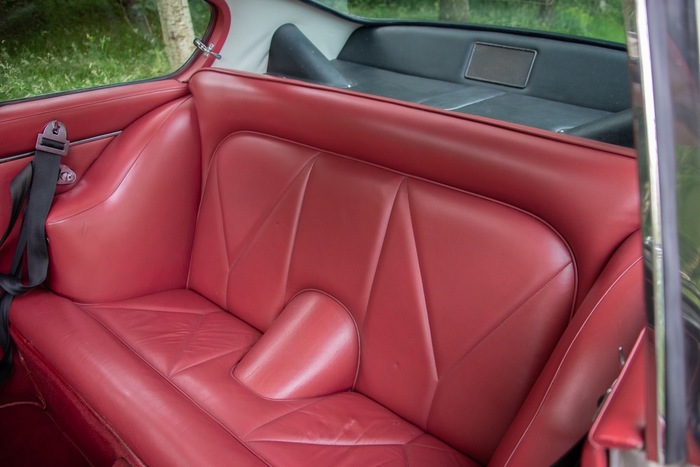 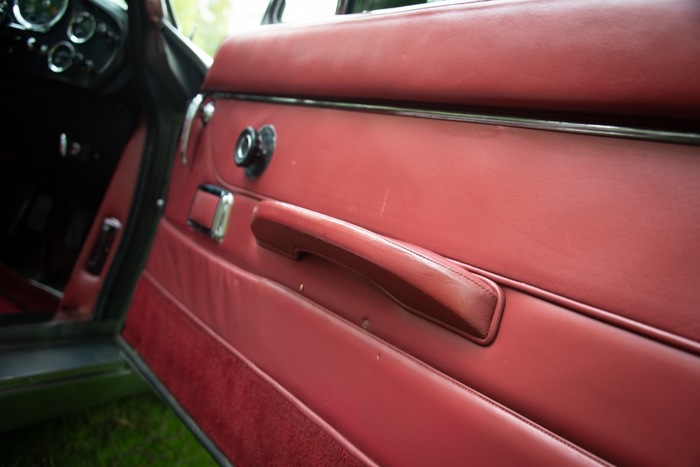 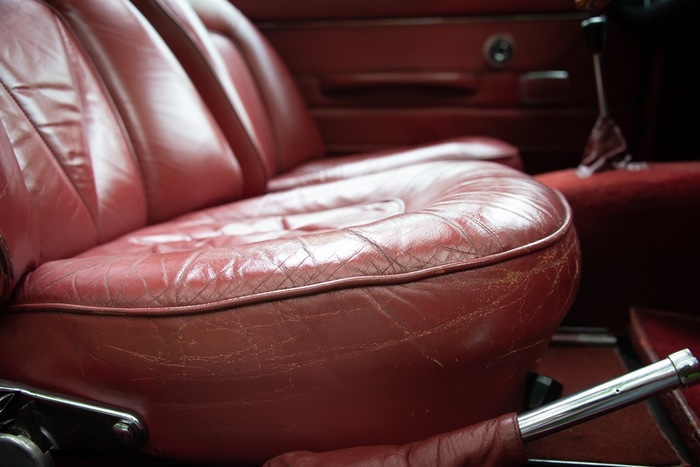 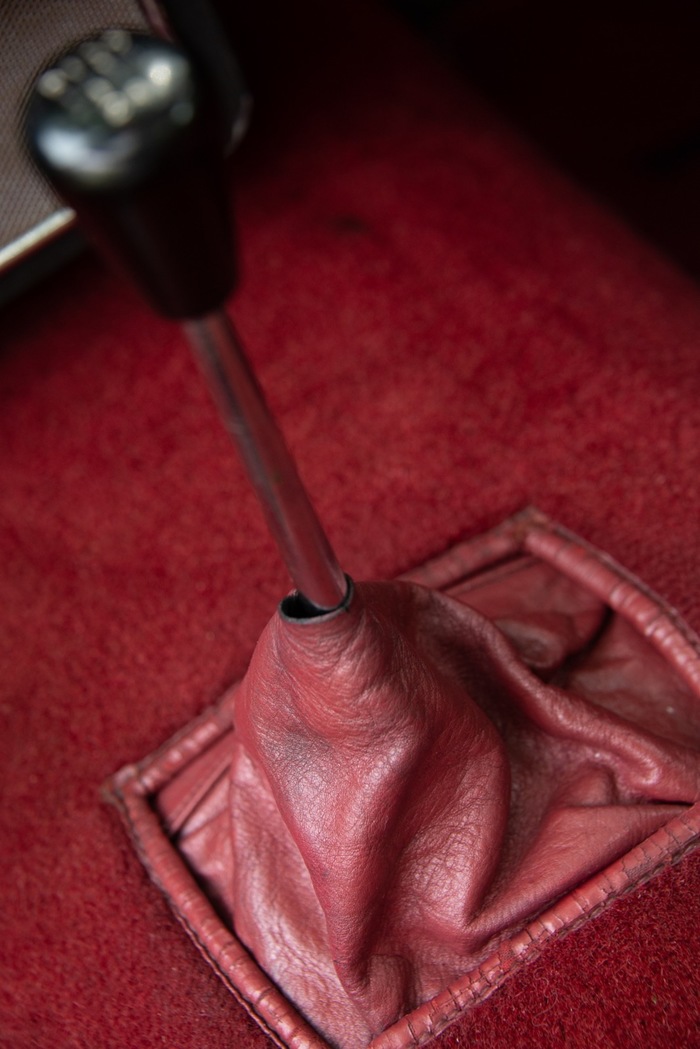 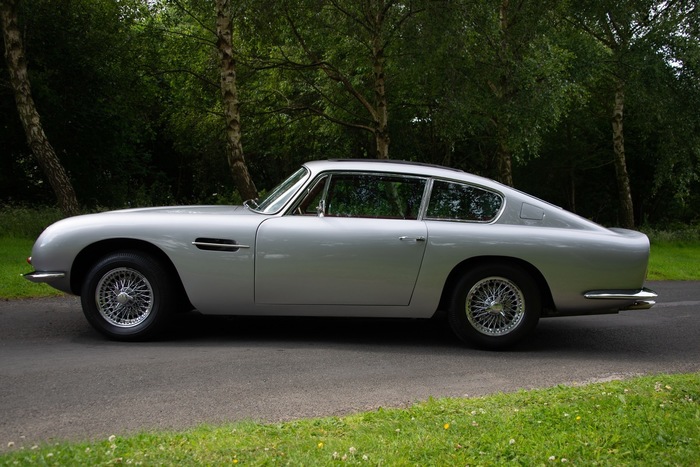 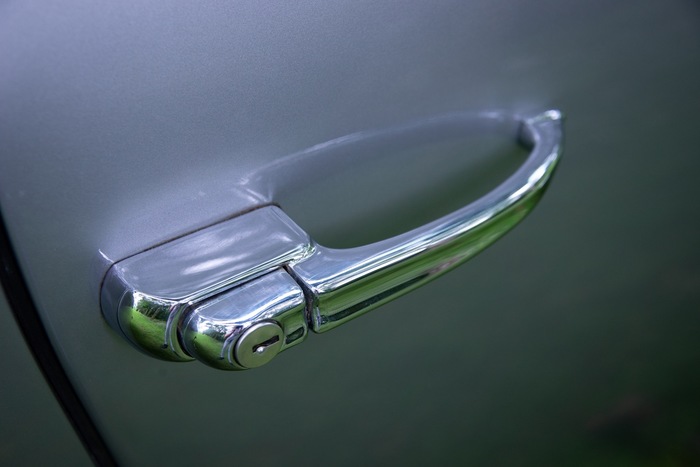 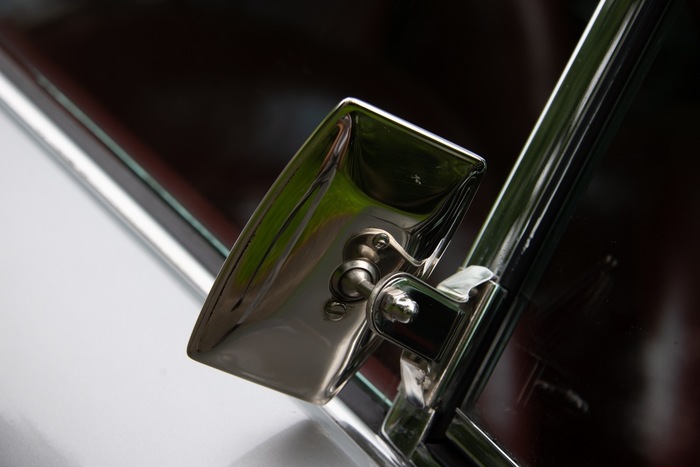 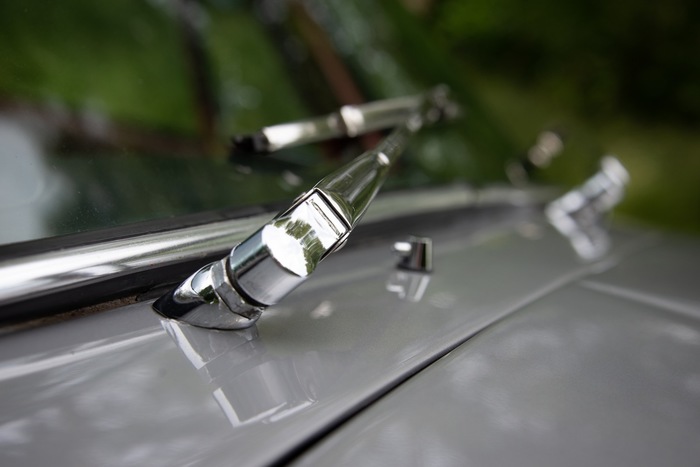 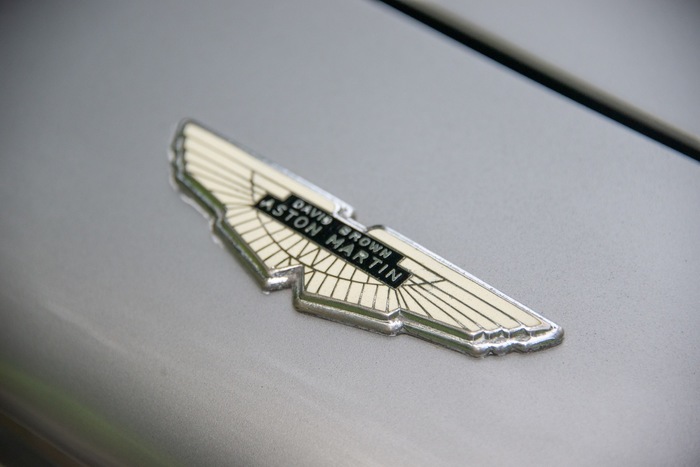 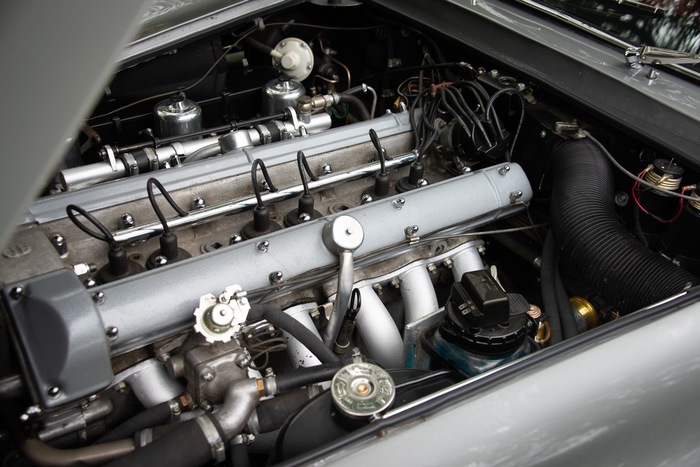 We are delighted to offer for sale this lovely DB6 MK1 in Silver Birch with contrasting Red Leather,  chassis number DB6/3349/R was completed on the 3rd January 1968, delivered to HW Motors Limited in Walton-on-Thames on the 4th January 1968 and registered as TPC561F on the 11 January 1968.

Having four previous owners from new till1973 the DB6 went to its 5th owner, rock drummer Mr David John Tyler and it was about this time the DB6 was registered with cherished number plate WER2. Mr Tyler thoroughly enjoyed his tenure with his DB6 fondly remembering the times he used to squeeze his drum kit onto the back seat ! The history file indicates the mileage was 73,100 miles in May 1975 and 85,441 miles the following year.

By 1987, with just over 90,000 miles on the odometer, Mr Tyler concluded the engine required a comprehensive rebuild and this was subsequently undertaken by specialist Ken Shergold in November 1987 for the princely sum of £11,874.

It was subsequently, albeit very reluctantly, sold 20 years later to the 6th owner Mr Geoffrey Corderoy on the 4th July 2007 who returned the WER2 registration to the previous owner and assigned the current registration number XYY575F.

He registered the car SORN in August 2011 and he carried out a bare metal respray with a local specialist.

Having completed most of the planned works Mr Corderoy sold the DB6 on to Aston Martin specialist Bell Sport and Classic in January 2017. Following a thorough inspection they developed a plan of works which included renovation of the gearbox / new clutch, engine bay, brakes, new tyres, steering, fuel system, halogen light conversion, rear bumper, battery, headlining .. plus another engine rebuild to address sub-optimal engine performance. This recommissioning was completed a year later and amounted to approx £60,000.

The DB6, now with 91,475 miles on the odometer, was then purchased on the 1st March 2018 by Mr Gary Milton, a managing director in the Oil & Gas industry, as a gift for his wife Mrs Liliana Milton, making her the lucky 7th owner, who then sent the DB6 off to RS Williams in July 2019 for a thorough service and tune-up (costing just under £8000)

The DB6 is now running beautifully and has since benefited from £5000 of further improvements such as new Koni shock absorbers on the front, rear springs, boot carpet, ignition, engine bay detailing and a repaired clock, this original manual DB6 is an absolute joy to drive and attracts attention wherever it goes.