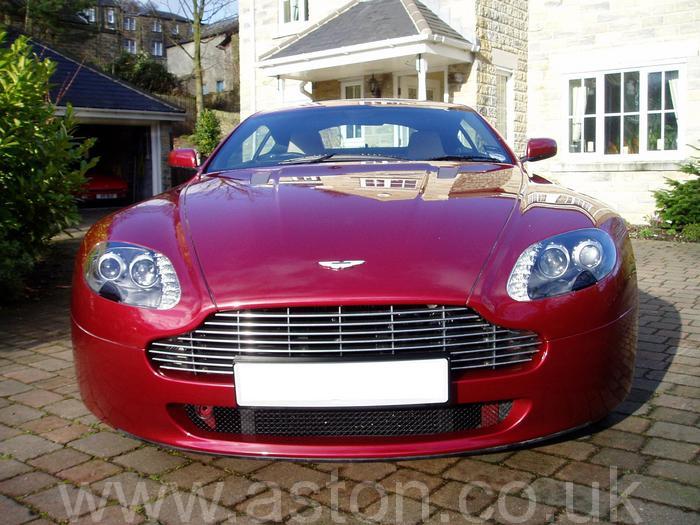 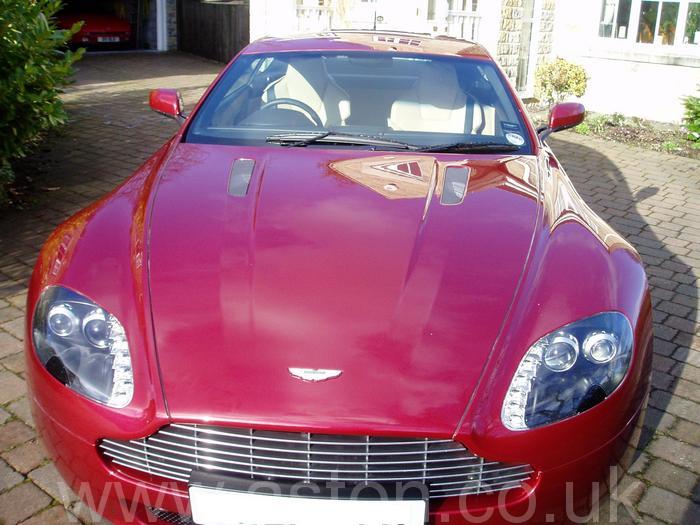 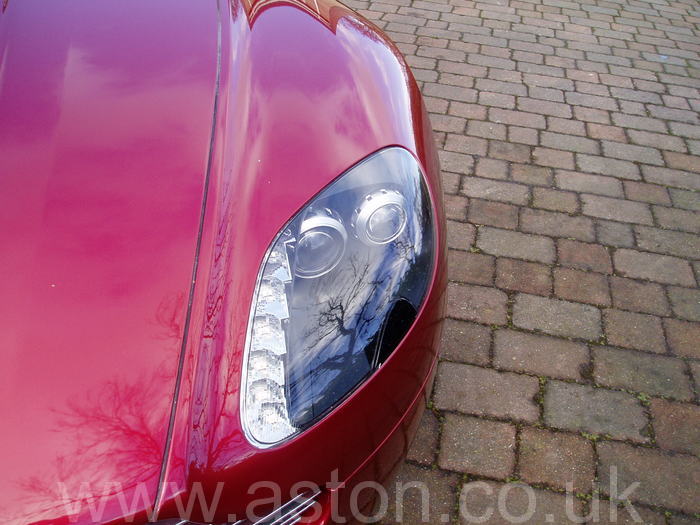 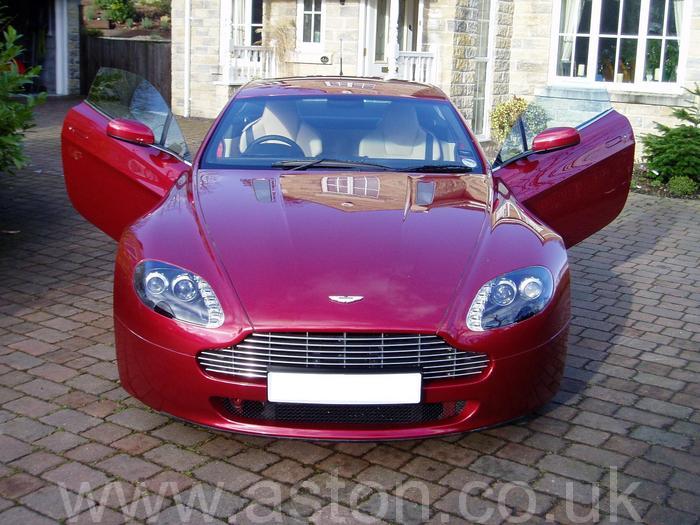 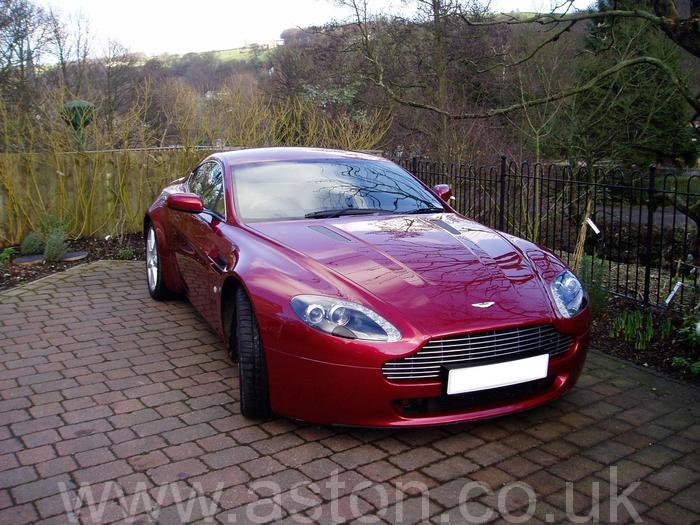 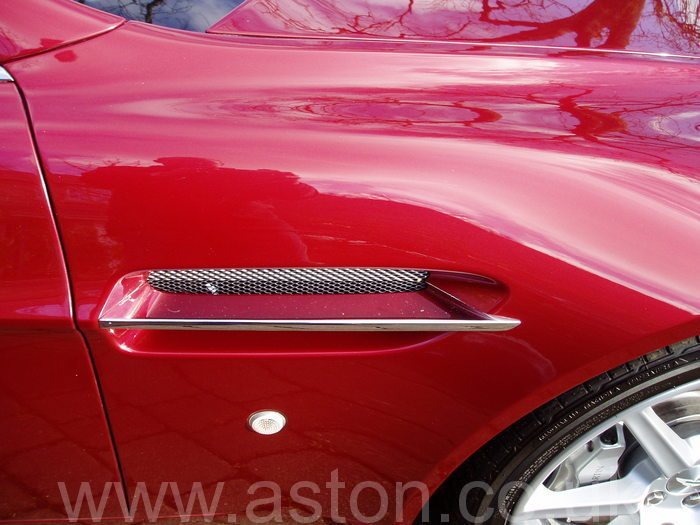 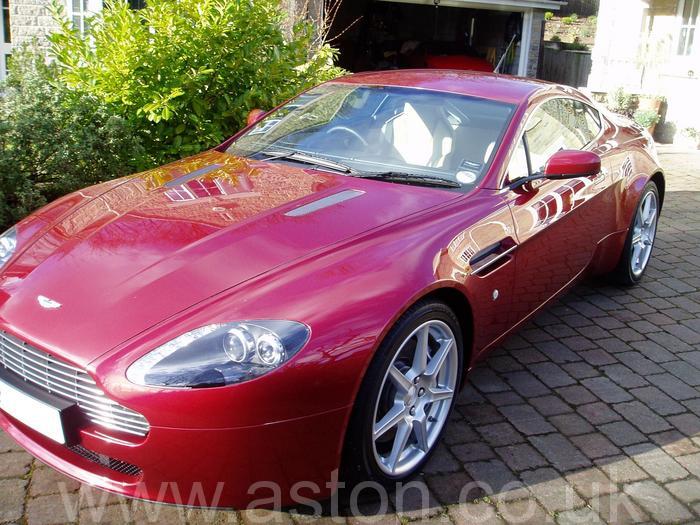 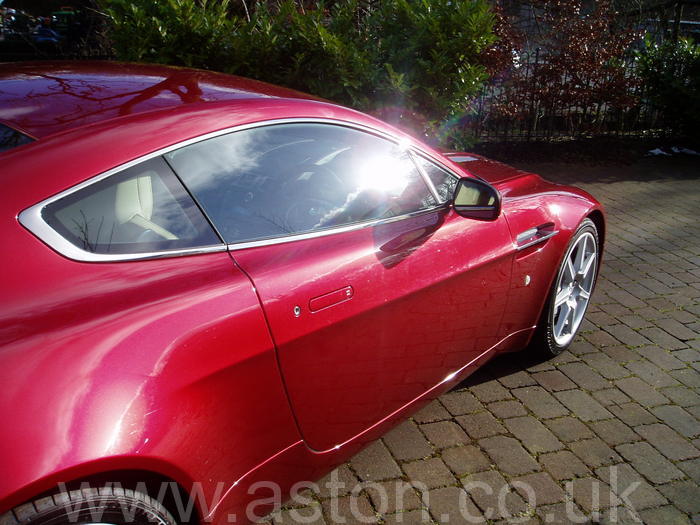 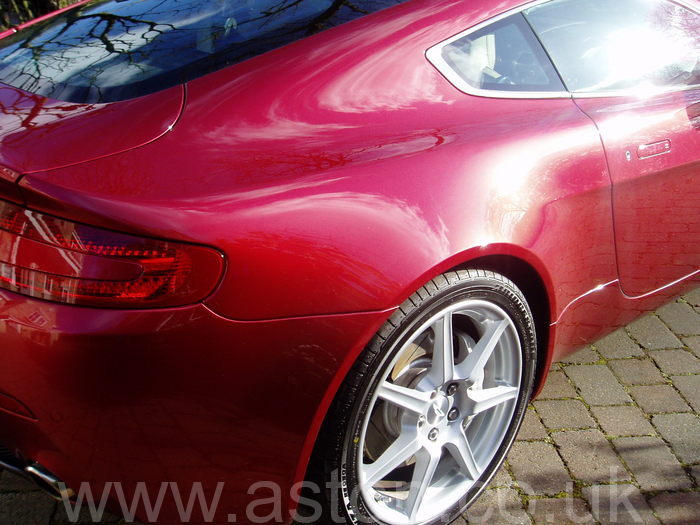 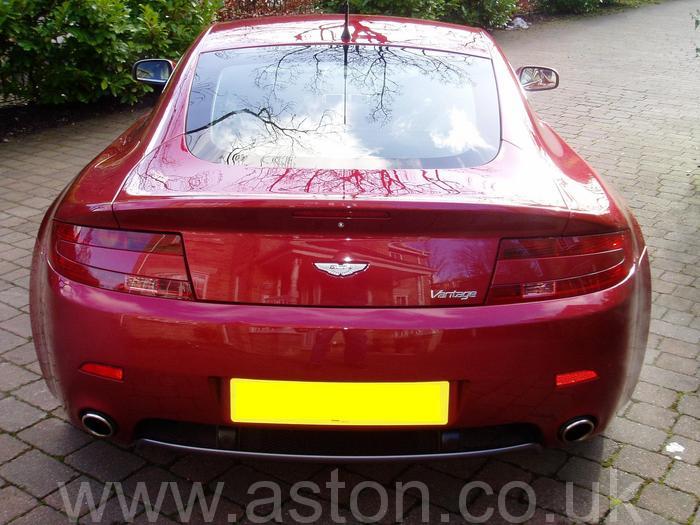 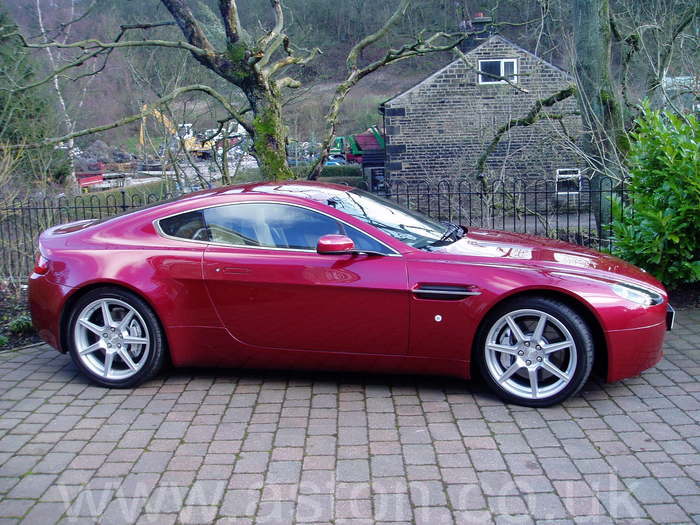 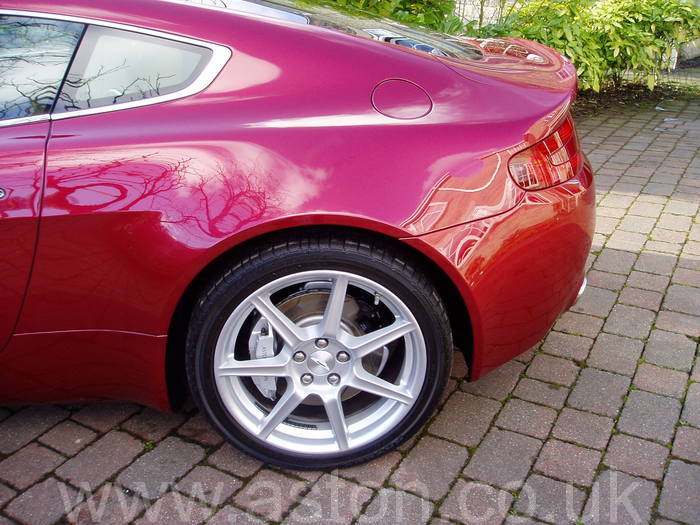 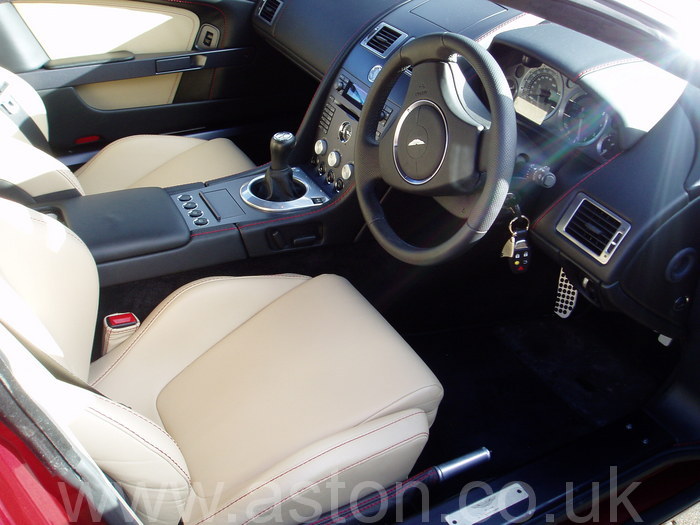 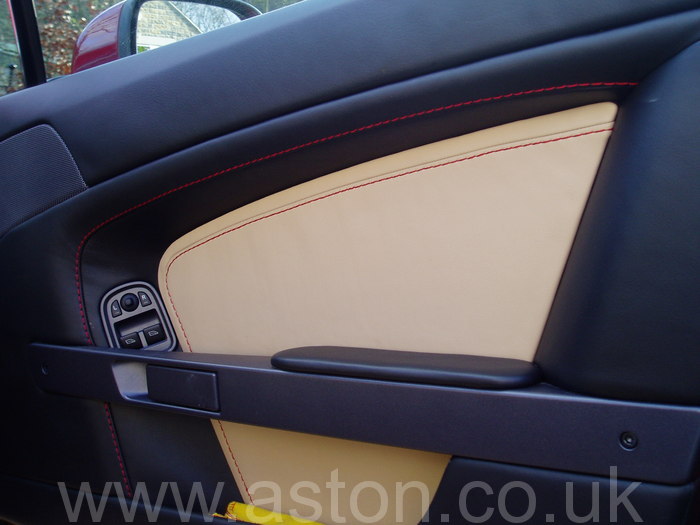 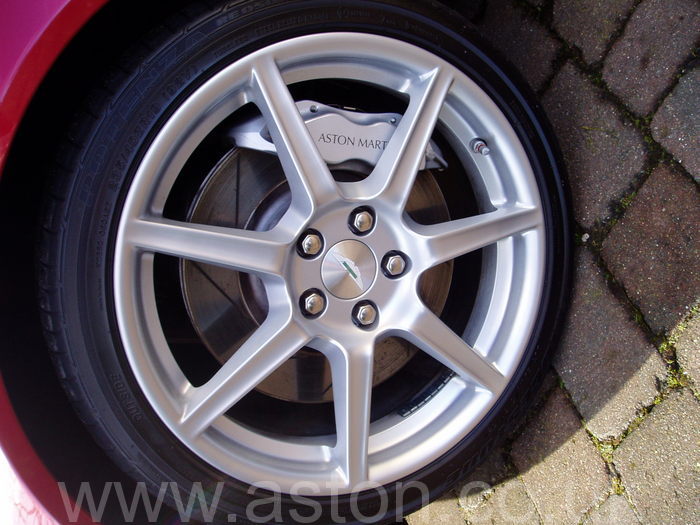 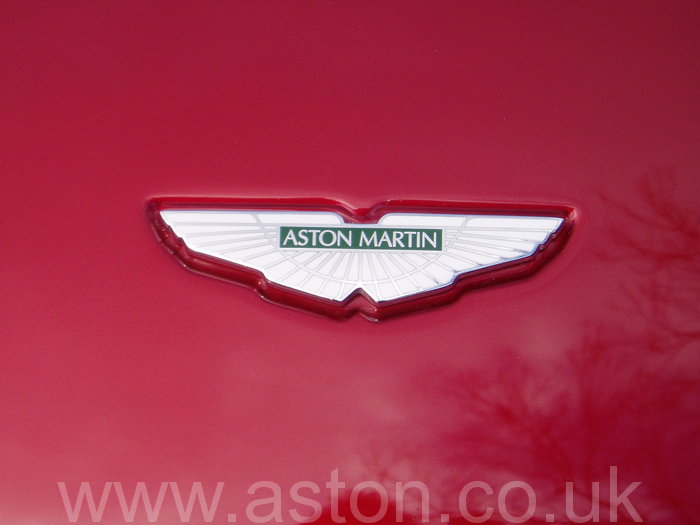 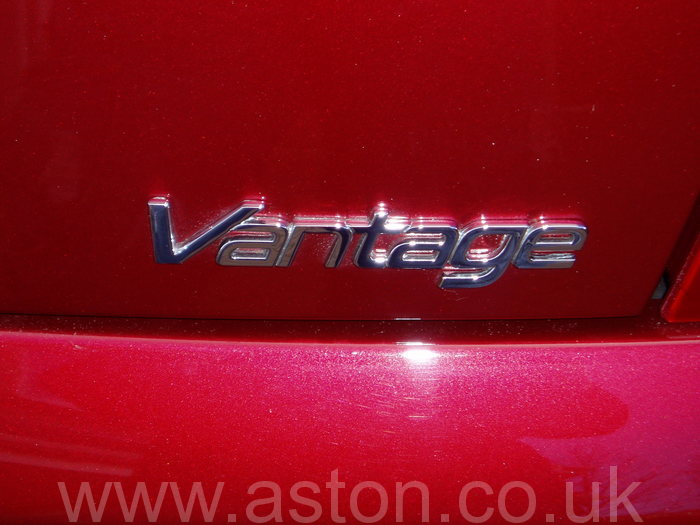 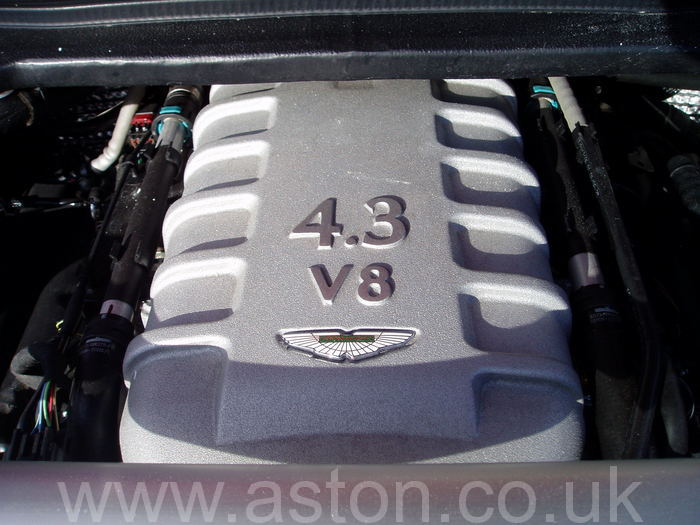 We have been fortunate enough to acquire a truly superb April 2006 V8 Vantage with only 6100 miles. Finished in Toro Red Super Lustre Metallic with a complimentary Obsidian Black/Sandstorm duo tone leather interior. Total factory specification includes; 19” Wheels, ‘Duo Tone’ Leather, Satellite Navigation, Tracker Horizon, Bluetooth, Silver Calipers, Bright finish grill, Powerfold mirrors, Heated windscreen. In our opinion the colour combination of this Aston is absolutely stunning in every respect. We must stress that viewing is essential. The modern Aston Martin V8 Vantage is the closest to a pure sports car of any in the current Aston Martin range. Aston Martin has previously used the "Vantage" name on high performance variants of their existing GT models, notably on the massively powerful heavyweight Virage-based supercar of the 1990s. The modern car, in contrast, is the leanest and most agile car in Aston's three-model lineup. As such, it is intended as a more accessible model to compete with cars such as the Porsche 911. Introduced all-new for the 2006 model year, the V8 Vantage was first seen at the Geneva in 2005. The two seat, two door coupe has a bonded aluminum structure for strength and lightness. The 172.5 inch (4.38 m) long coupe features a hatchback-style tailgate for practicality, with a large luggage shelf behind the seats. The V8 Vantage is powered by a 4.3 L (4282 cc) quad-cam 32-valve V8 which produces 380 hp (283 kW) at 7,000 rpm and 302 lb-ft (409 N•m) at 5,000 rpm. Though based loosely on Jaguar’s AJ-V8 engine, this engine is unique to Aston Martin and features race-style dry sump lubrication, which enables it to be mounted low in the chassis for an improved center of gravity. The cylinder block and heads, crankshaft, connecting rods, pistons, camshafts, inlet and exhaust manifolds, lubrication system, and engine management are all unique to Aston Martin. The V8 is assembled by hand at the AM facility in Cologne, Germany, which also builds the V12 for the DB9 and Vanquish. The engine is front mid-mounted with a rear-mounted transaxle, giving a 49/51 front/rear weight distribution. The V8 Vantage can accelerate to 60 mph (97 km/h) in a manufacturer claimed 4.9 seconds (62 mph (100km/h), 5sec) and reach a 175 mph (280km/h) top speed. As a testament to the car's performance, handling, and endurance, an almost-stock Vantage entered and completed the 2006 Nurburgring 24-Hour race finishing 24th overall at the race, among a field of largely motorsport-homologated cars. The only modifications to the car were a roll cage, racing fuel system, fire protection, racing seat, and hydraulic jacks. The car was otherwise completely standard, including a regular production engine, transmission, suspension, and bodywork.