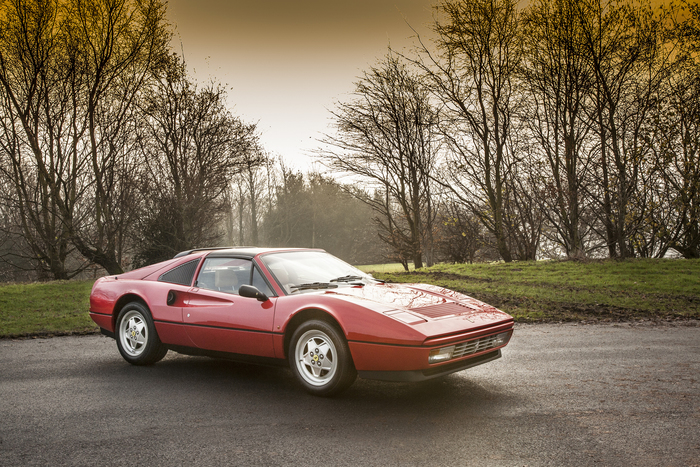 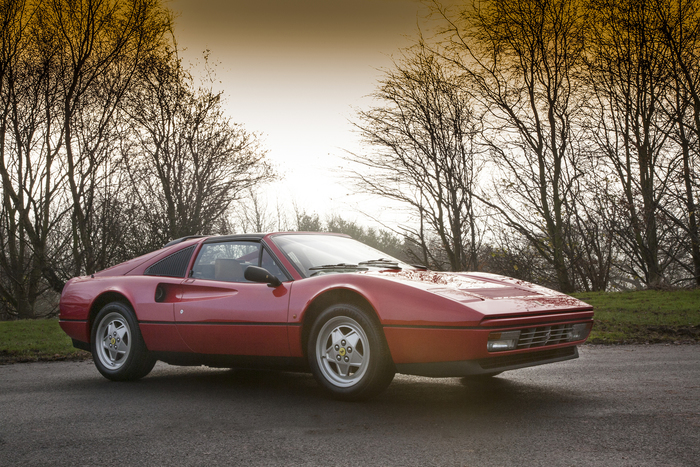 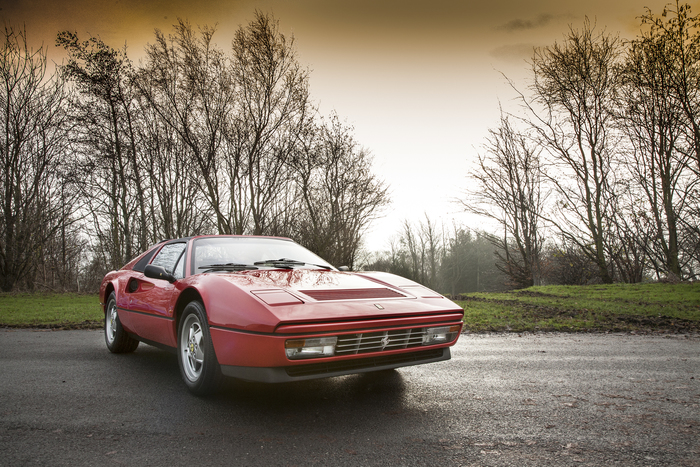 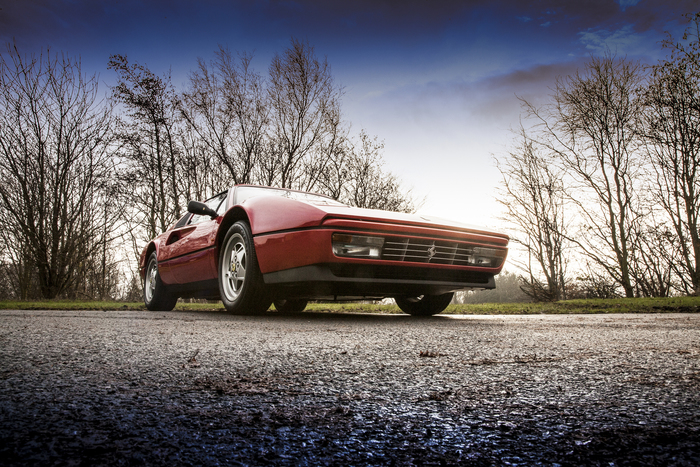 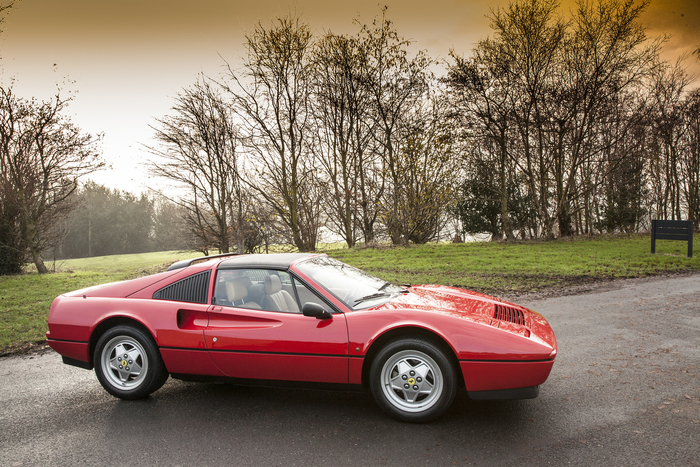 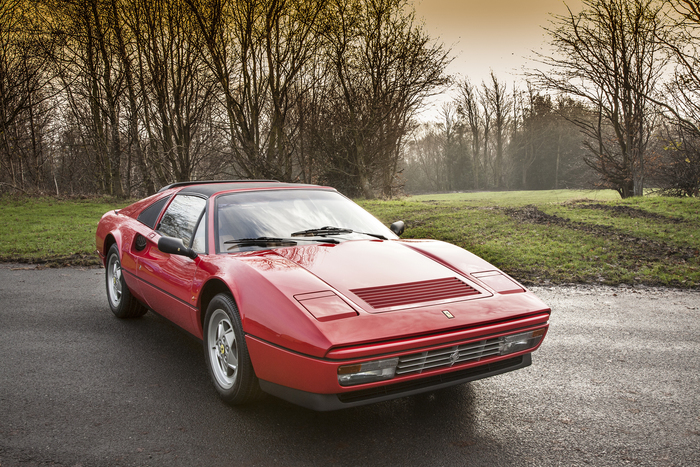 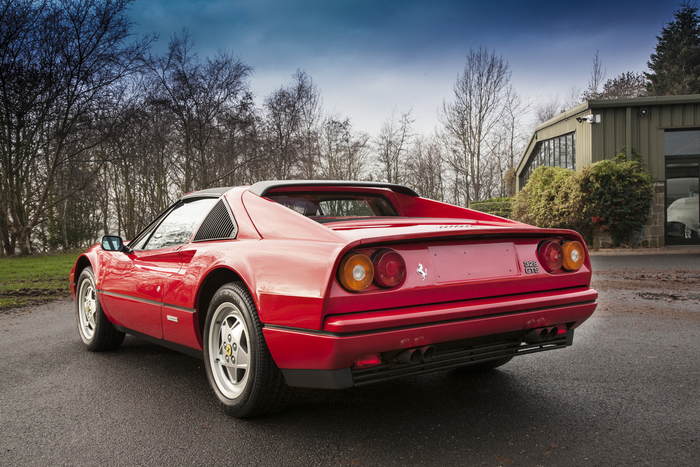 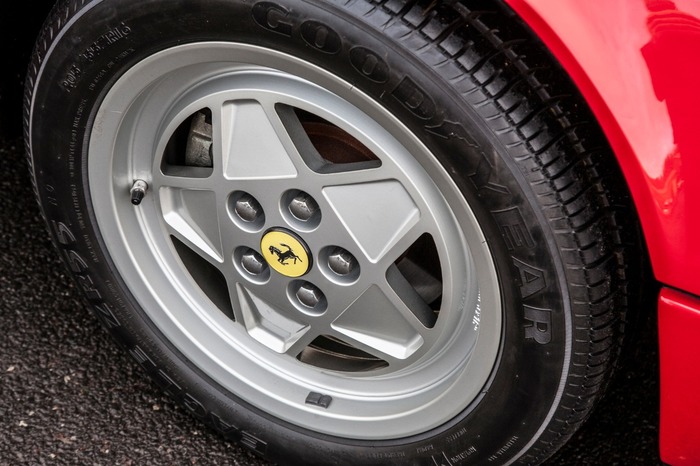 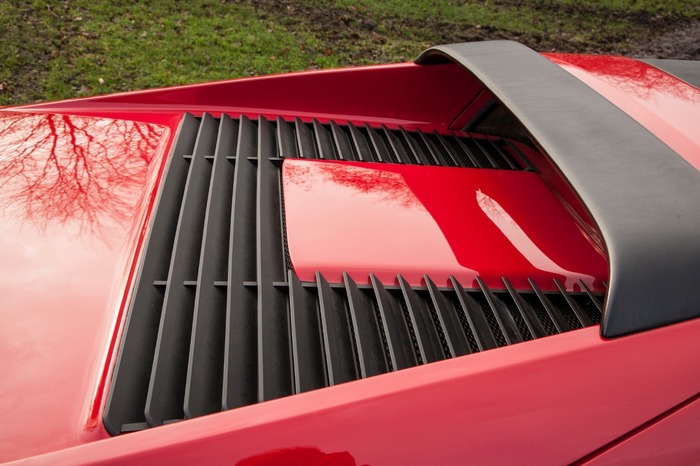 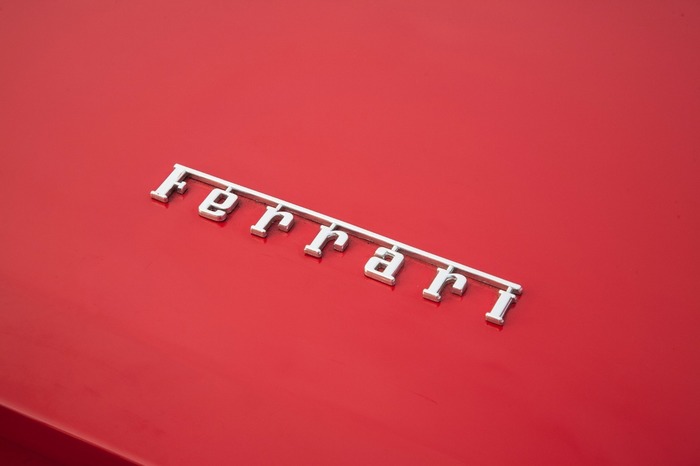 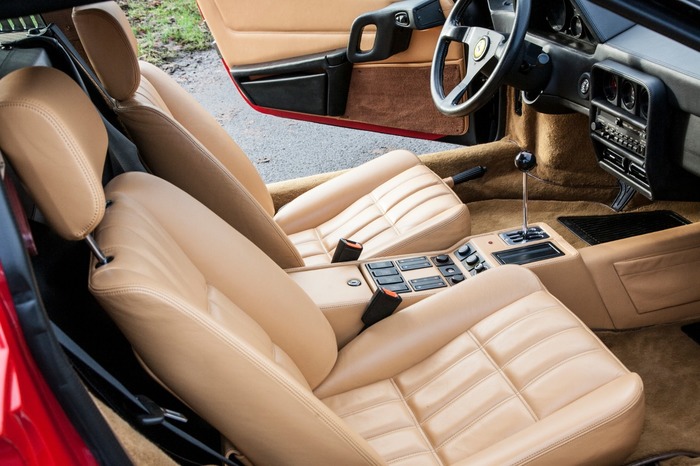 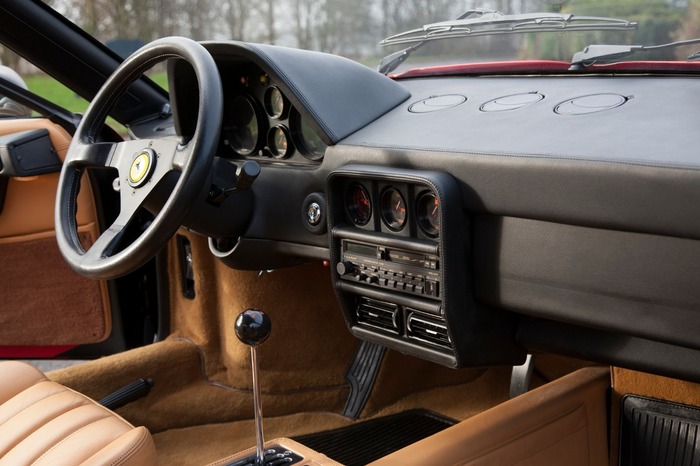 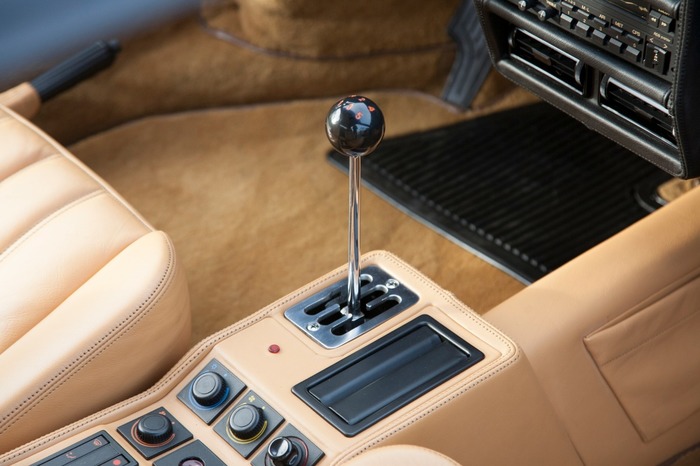 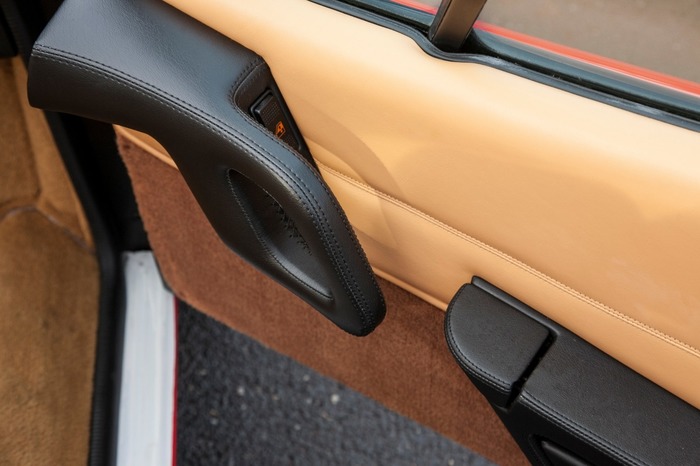 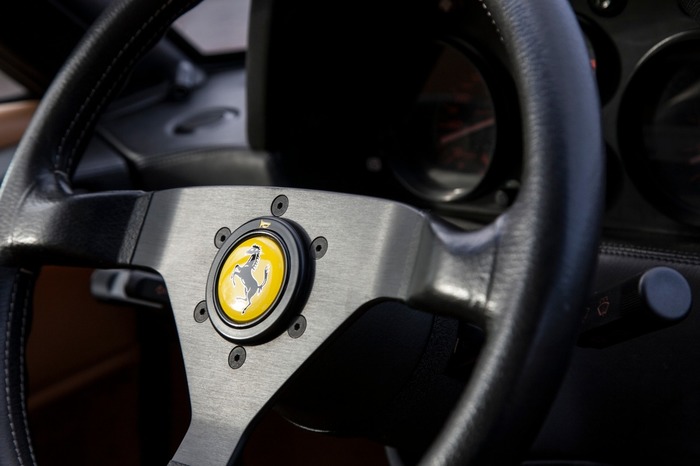 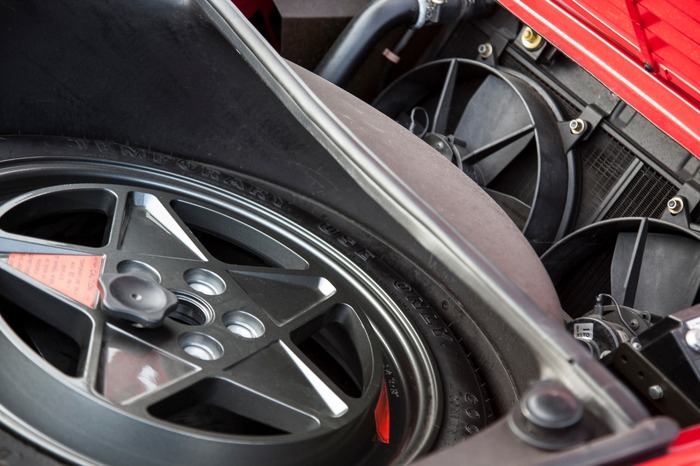 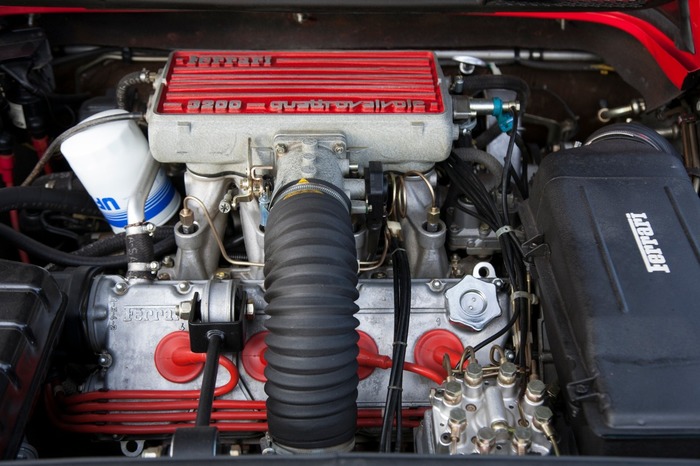 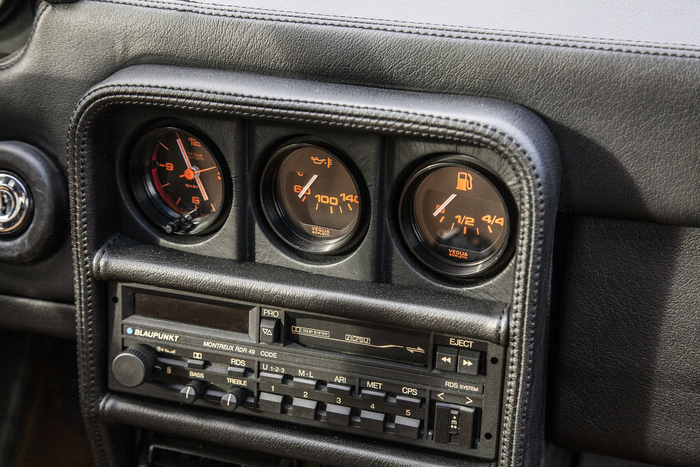 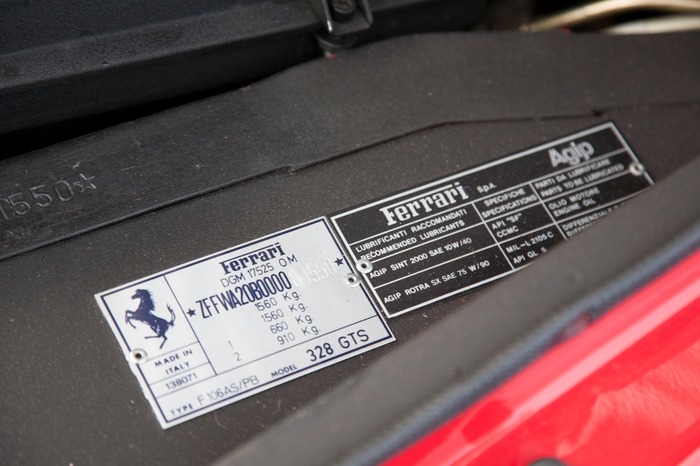 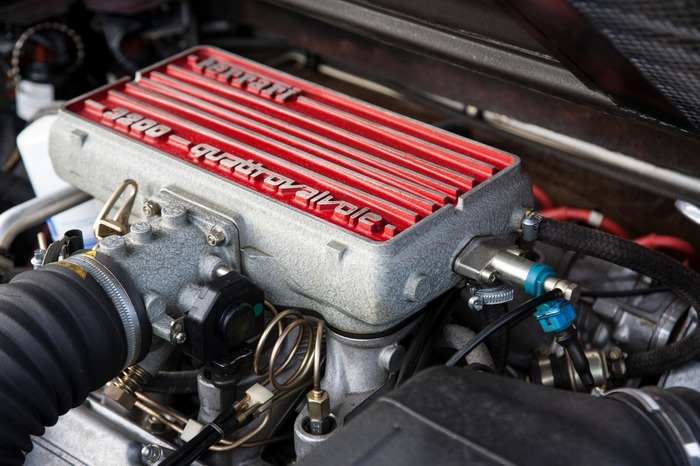 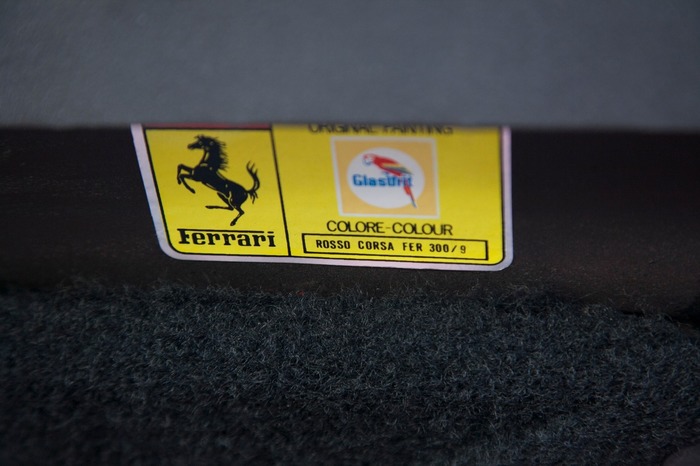 We are delighted to offer for sale this stunning 1989 Ferrari 328 GTS. It’s arguably, the most special example in existence.  Finished in classic Rosso Red with tan leather interior. The car has covered only 450km from new, and sits in absolutely pristine, showroom fresh quality. The leatherwork on the seats is absolutely impeccable and the steering wheel quite literally looks like a set of hands has never touched it.  The car was supplied to the original owner by Ferrari Rome, and registered on 13th October 1989. It was immediately sold to the second owner for over twice the list price as happened to many Ferrari’s during this period. Unfortunately, the market crashed almost immediately and the value plummeted to about a third of the price and the new owner decided to mothball the car and it was put into professional storage. It stayed in storage for the next 24 years until the market finally recovered to 1989 levels. In 2014 the car was taken to Ferrari Rome who recommissioned the car including new cam belts and fluids. The car presents as new and is still sitting on the original tyres with original stickers and even some of the plastic protection still in place. The car is complete with all tools, books and covers and is currently still on Italian plates and tax paid but can be UK registered.

This 328 GTS is supplied with a freshly carried out major service and Cambelts by Ferrari main agent Dick Lovett.
A true investment for the discerning collector!
The very last Ferrari designed under the stewardship of Enzo Ferrari, is the epitome of Italian elegance.
The body of the 328, as with so many Ferraris designed by Pininfarina, was largely inherited from its 308 predecessors. The car stands less than 1.12 meters high. Notable style elements are the air slots starting in the doors all through the rear screens. The 'wings' from the rear window to its rear are also a characteristic. The 328 model presented a softening of the wedge profile of its predecessor, with a redesigned nose that had a more rounded shape, which was complemented by similar treatment to the tail valance panel. The revised nose and tail sections featured body colour bumpers integral with the valance panels. The interior trim also had a thorough overhaul, with new designs for the seat panel upholstery and stitching, revised door panels and pulls, together with more modern switchgear, which complemented the external updating details.
The model name 328 refers to the cylinder capacity (3.2 litres) and the number of cylinders (8). GTS stands for Gran Turismo Spyder, the Targa version of this mid-engine, two seat sports car. The cylinders are at a 90-degree angle. The 328’d engine retained the Bosch K-Jetronic fuel injection system of its predecessor, but was fitted with a Marelli MED 806 A electronic ignition system. According to the manufacturer’s figures, the power output was 270 bhp, maximum torque 304 Nm, top speed 163 miles per hour and it accelerated to 62 mph in just 5.9 seconds.
For further information or to arrange a viewing of this fantastic Ferrari please contact our sales team.
Tweet