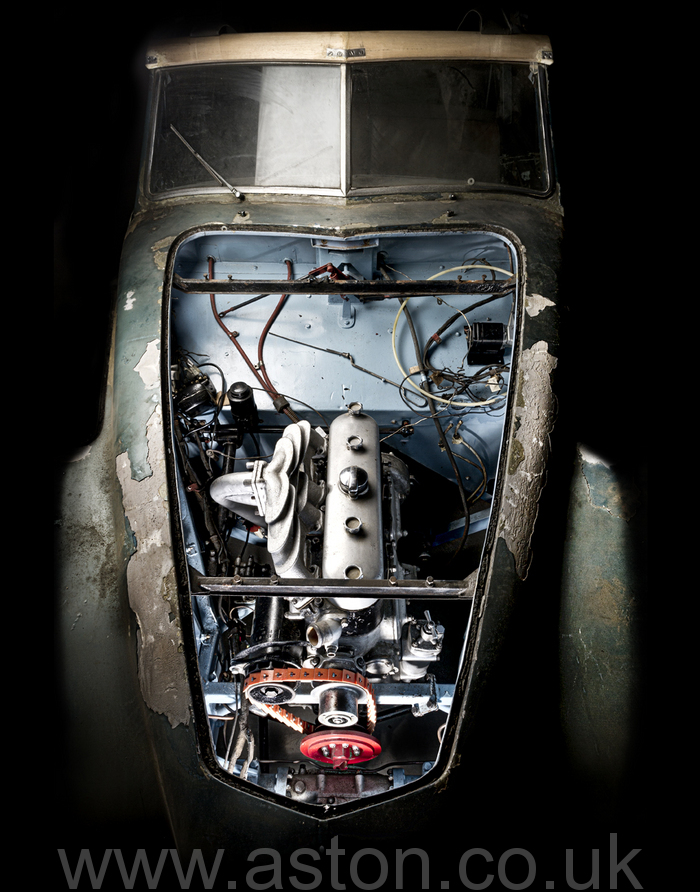 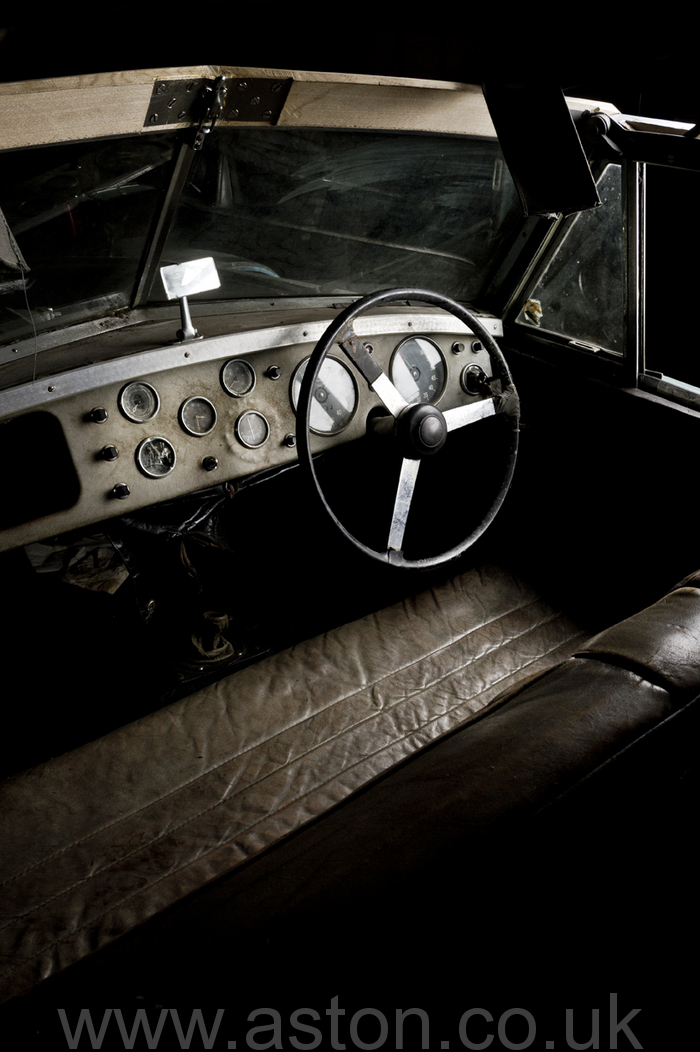 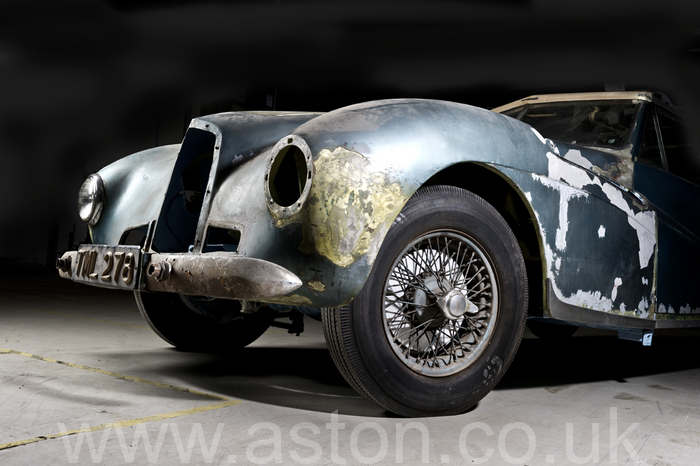 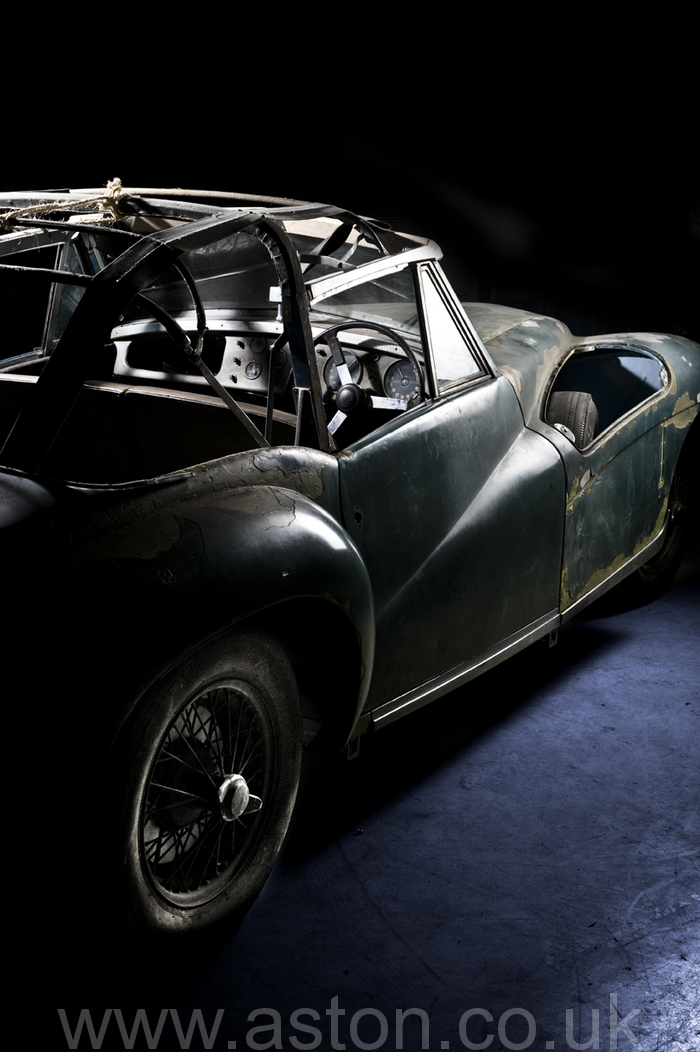 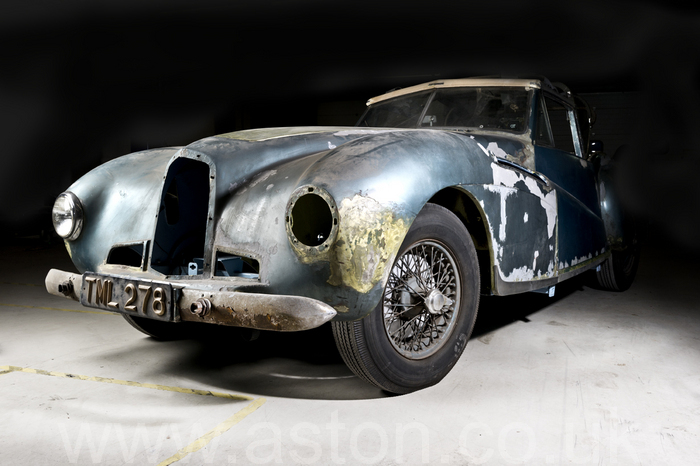 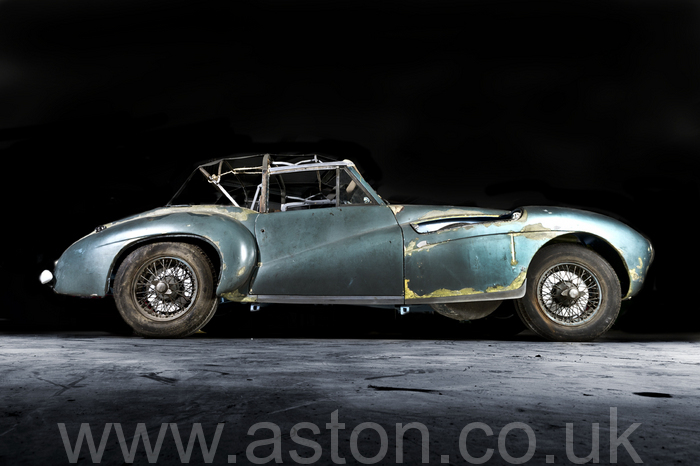 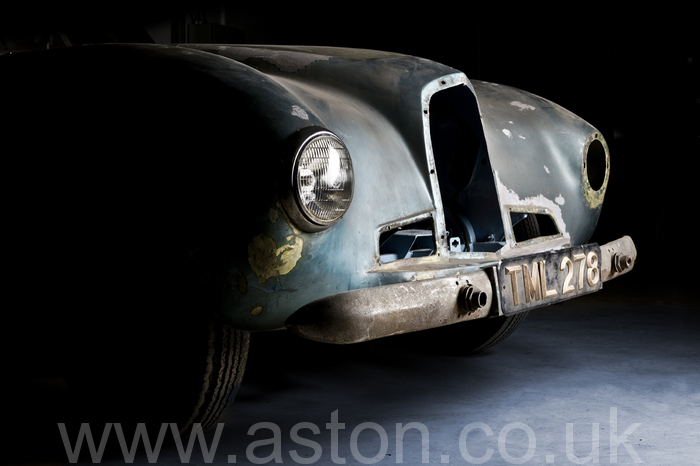 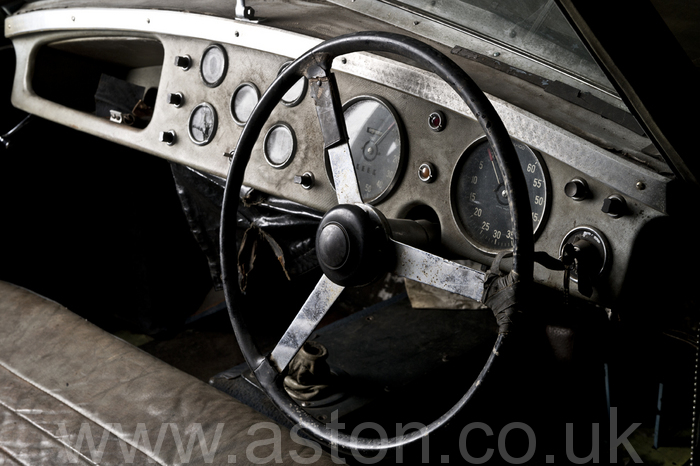 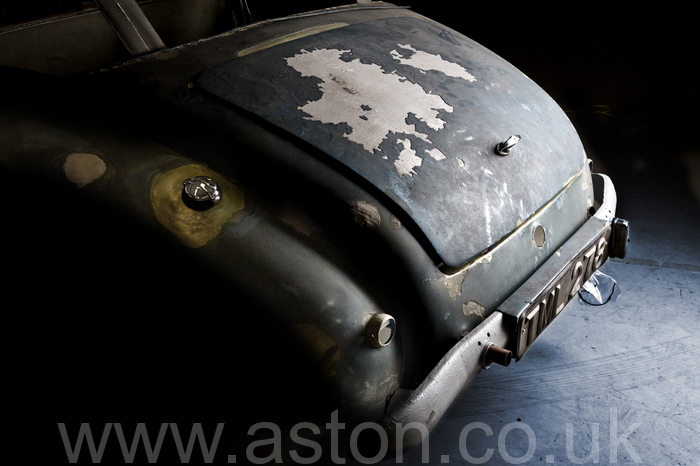 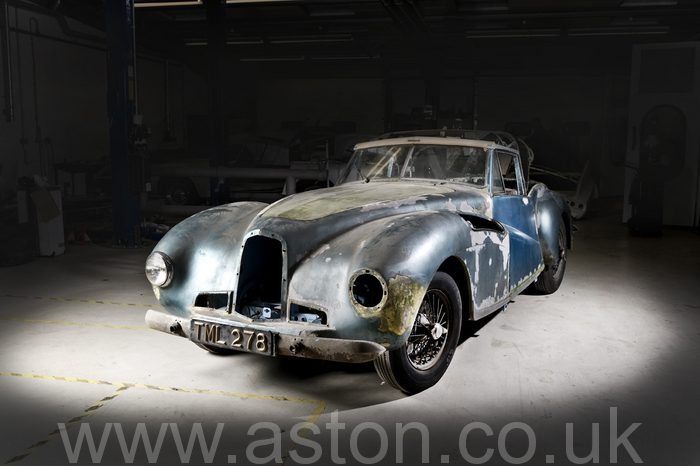 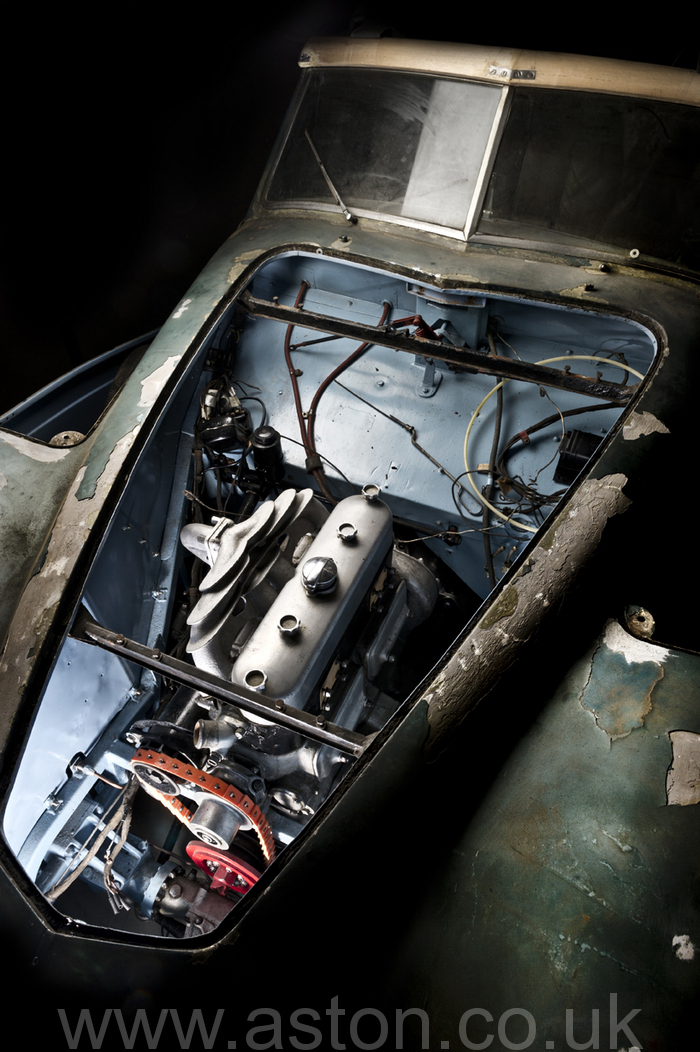 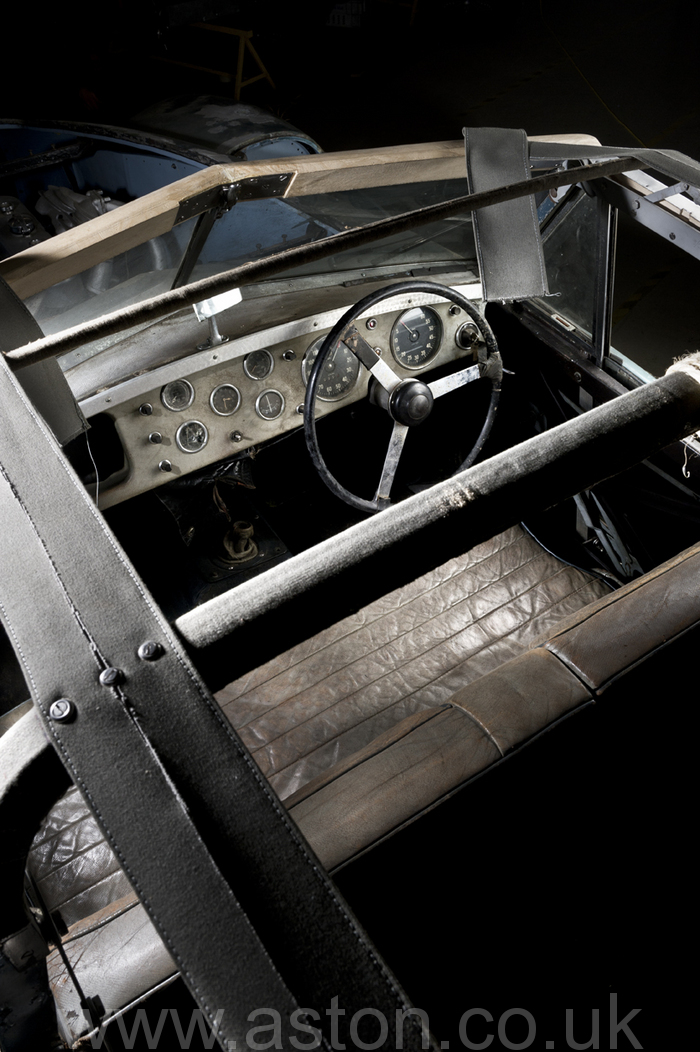 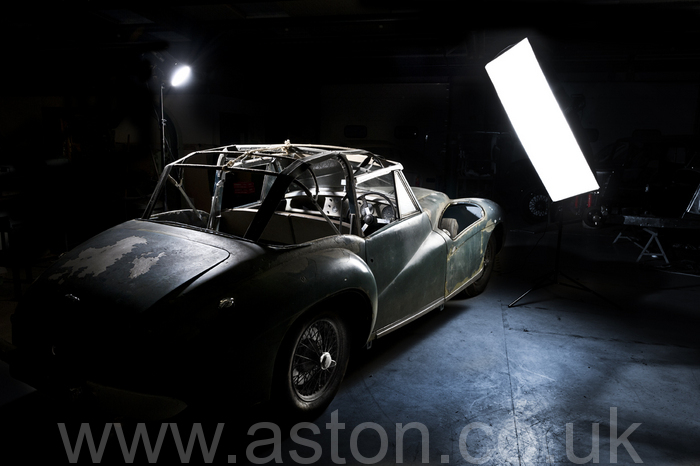 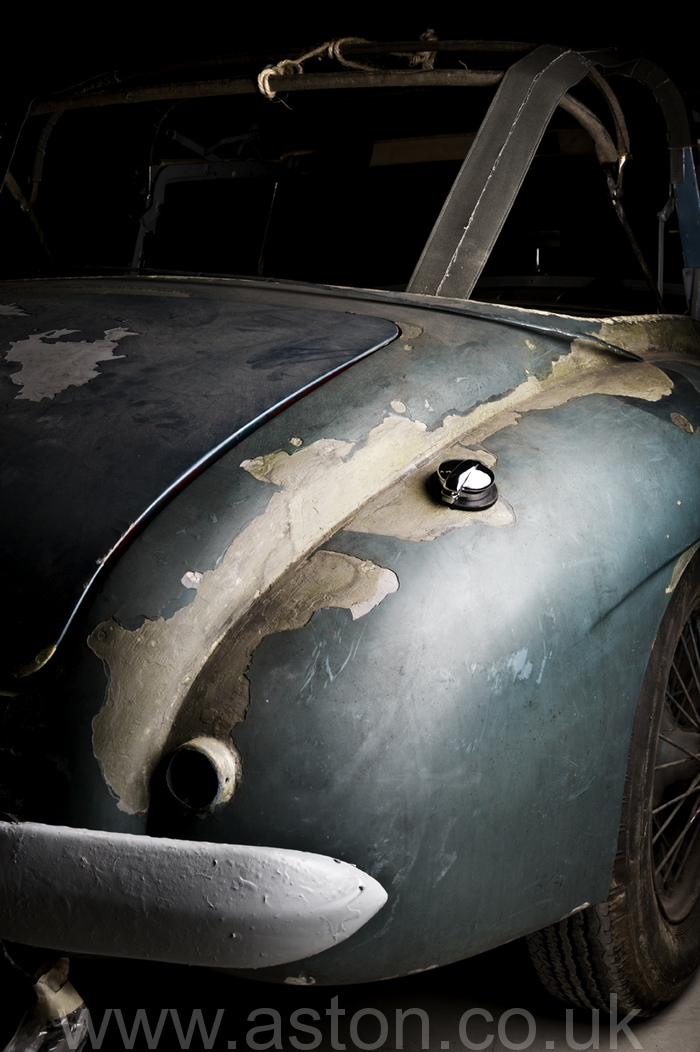 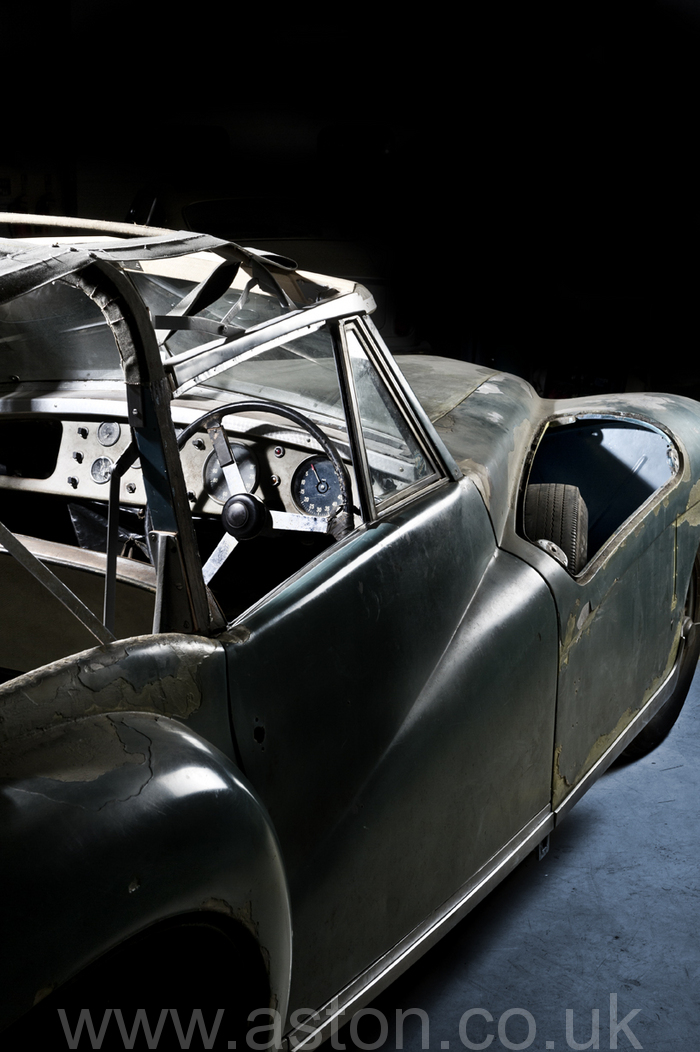 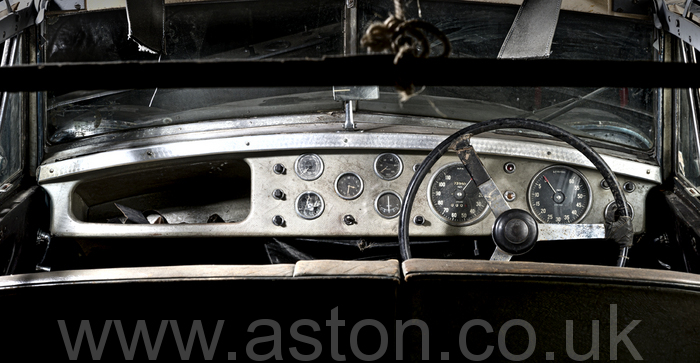 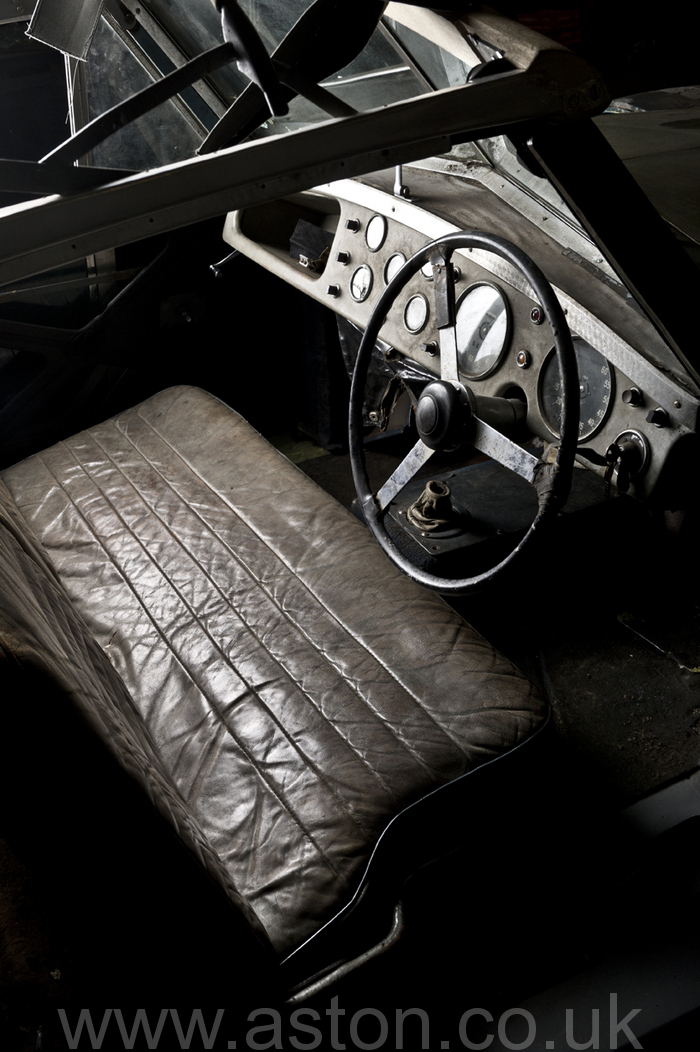 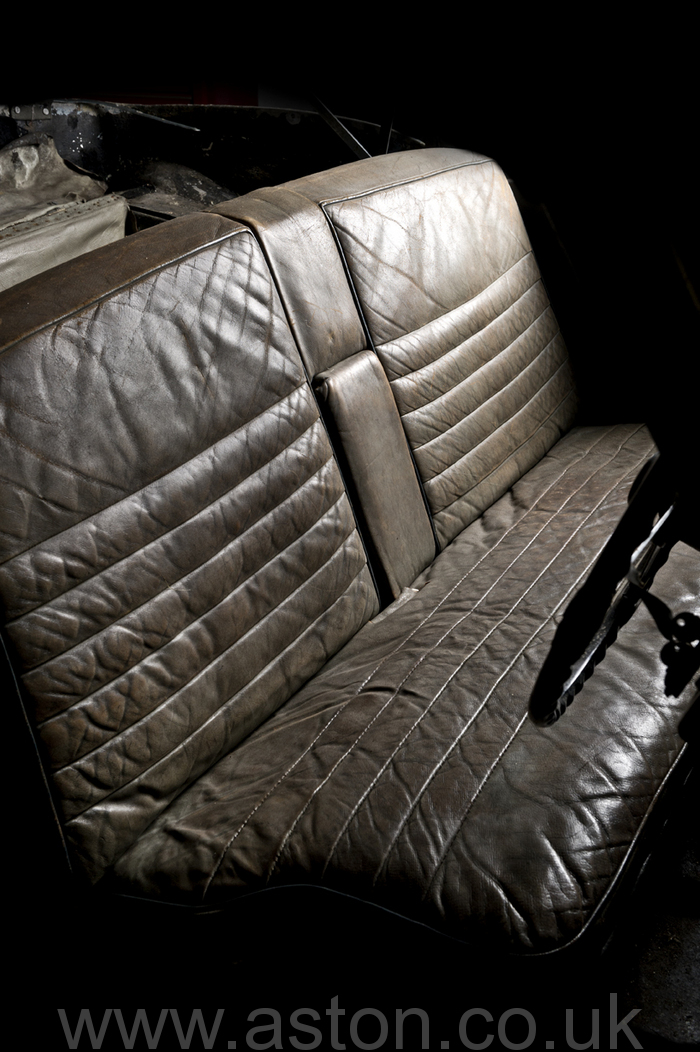 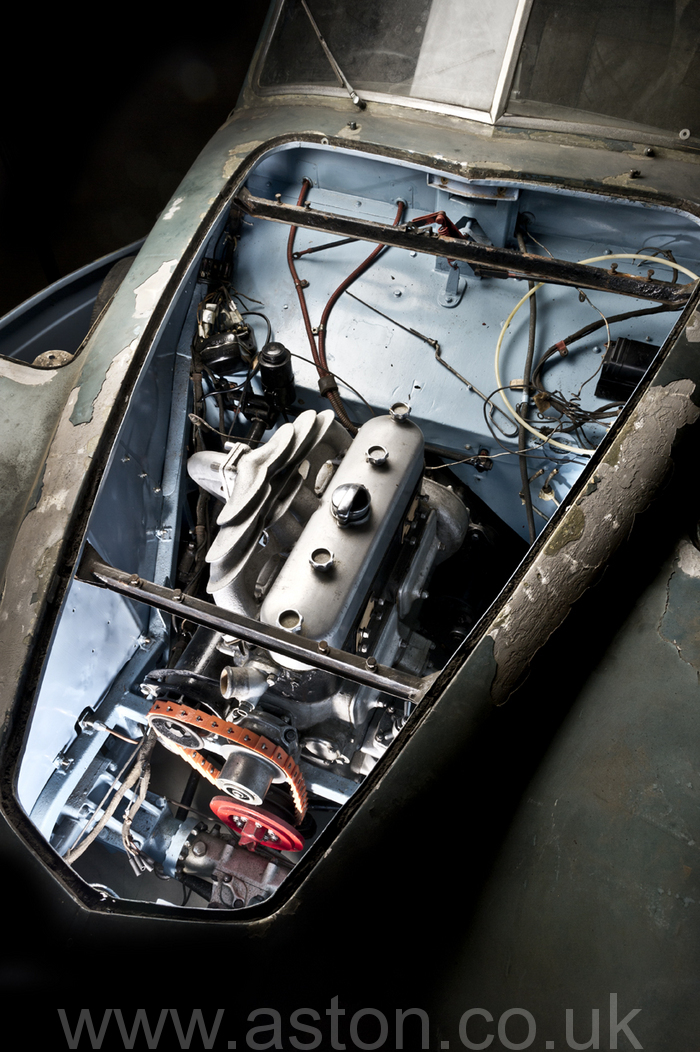 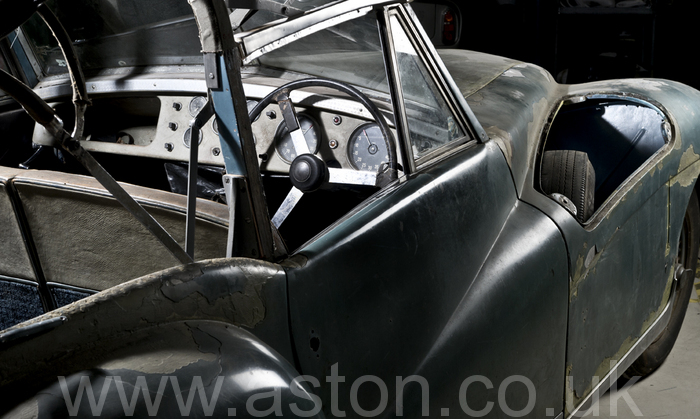 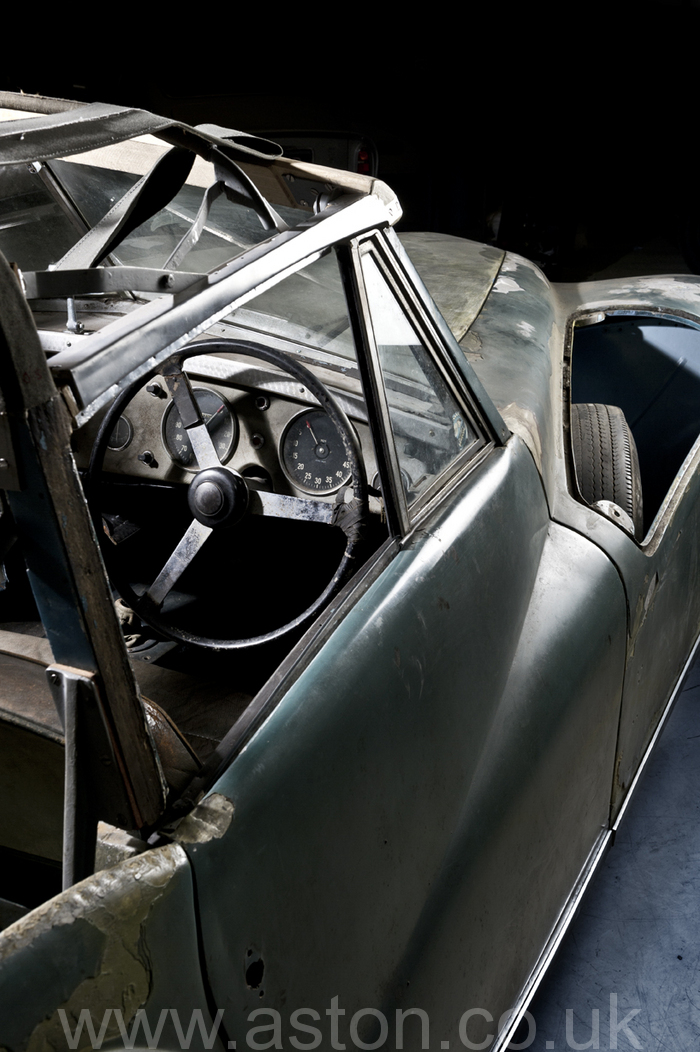 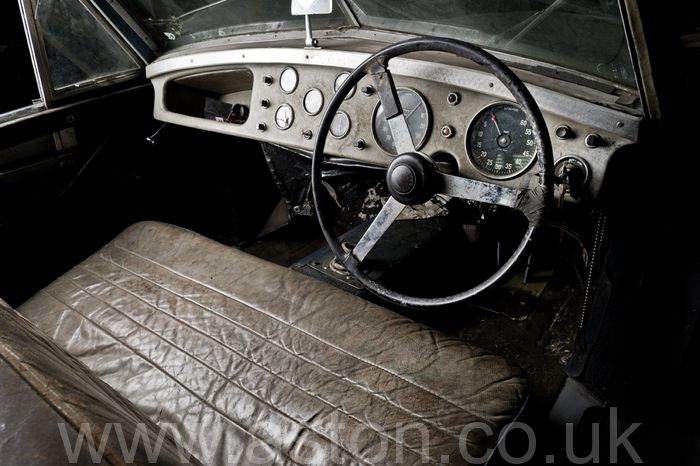 This fabulous 2 Litre Sports (known latterly as the DB1) is one of only 15 ever produced by Aston Martin. First delivered to Cyril Williams (Motors) Ltd in 1949 this stunning car must have looked fantastic in its original livery of Alpine Blue with Grey Hide. So good in fact, that it was chosen to represent Aston Martin at the Motor Show of that year where it was sold to another dealer, Brooklands Motors, whom we can only presume must have had a client eager to own one of these very rare beauties. A 'continuation' log book from 1963 shows that the car was moved to Scotland that year and it remained there until Aston Workshop recently acquired it. Amazingly, for the last 41 years it has been in the custody of just one owner and kept off the road since 1983, with a DVLA document in the history file to confirm this. SOLD --------------------------------------------------------- Brief Model History: Gordon Sutherland and Claude Hill (Aston Martin Managing Director and Chief Engineer respectively) had finished building a completely new chassis and body early in 1939. Claude Hill had also been designing a new 2-litre engine. The chassis consisted of rectangular tubes, stiffened by square section bracing tubes, and the frame for the body panels was also formed by tubes, the whole providing a very stiff structure on which to suspend the wheels. Front suspension was independent for the first time on an Aston Martin, consisting of short trailing links and coil springs, but semi-elliptic leaf springs were retained for the rear axle. The layout of the divided track rod provided that the steering geometry is unaffected by cornering and bumps in the road. The wheelbase was 8' 6". Fitted initially with a standard pre-war 2-litre engine and a Cotal automatic gearbox {another sign of things to come), the car, which became known as the "Atom" saloon, {G40/900) was used during the war from 1942 by Gordon Sutherland. Two or three of Claude Hill's new four cylinder 2-litrc engines were completed by 1944, and one was fitted to the "Atom", although it was not announced until towards the end of 1946. The bore of 82 mm and stroke of 92 mm gave a capacity of 1,970 c.c., the compression ratio being a modest 7.25: and power output was given as 90 b.h.p. at 4, 750 r.p,m. The valves were operated by push rods, the unusual head having the inlet valves centred above the pistons and the exhaust valves at an angle in recesses leading to the manifold. Two SU carburettors were fitted. After the war, Claude Hill started to design a new car, but more capital was needed before a new model could be put into production. Aston Martin Ltd. was bought by David {later Sir David) Brown in February 1947, Sutherland and Hill remaining as directors. At about the same time the Lagonda company also joined the David Brown organisation. With financial support thus secured, design work proceeded, assisted by "Jock" St. John Horsfall. After extensive testing, including road work using an almost bare chassis {probably AMC/48/1), it was decided to give the chassis and engine the ultimate test by entering the 1948 Spa 24 hour Race. With little time available, a special body was built to complete the first post-war Aston Martin {LMA/48/1, the only Team DBI). Its brilliant outright win boded well for the new production car, which was announced at the London Motor Show later that year. It was described simply as a "Two Litre Sports", but became known as the DB1 when the DB2 was introduced. The rebuilt Spa car was also shown .on the stand shared by Aston Martin and Lagonda, but there was insufficient interest in the "Spa Replica" {at the price!) to warrant a production run. The tubular chassis and front suspension of the DBI are directly related to the chassis of the "Atom", with coil springs, short trailing arms and Armstrong shock absorbers, but with a strong torsion bar in an oil filled transverse tube. Rear suspension, however, is also by coil springs for the first time, the live axle being located transversely by a Panhard rod and fore and aft by parallel linkages. Transmission is through a Borg and Beck single plate clutch to a David Brown four-speed gear box and a hypoid bevel final drive. Overall ratios are 4,1, 5.17, 7.7 and 12:1 {for both first and reverse gears). Girling 12” drum brakes are fitted all round: tyres are 5.75" x 16". The DB1 body features the first fruits of the coming together of Lagonda’s styling provided by Frank Feeley and Aston Martin’s chassis and engine. However, David Brown very firmly indicated that he wished to see 6 cylinder engines in all future Aston Martins. As a result, no more that 15 examples of the DB1 were built before the DB2 was born. Production run: September 1948 - May 1950 --------------------------------------------------------- Original Brochure: Aston Workshop Investment Guide:
Tweet