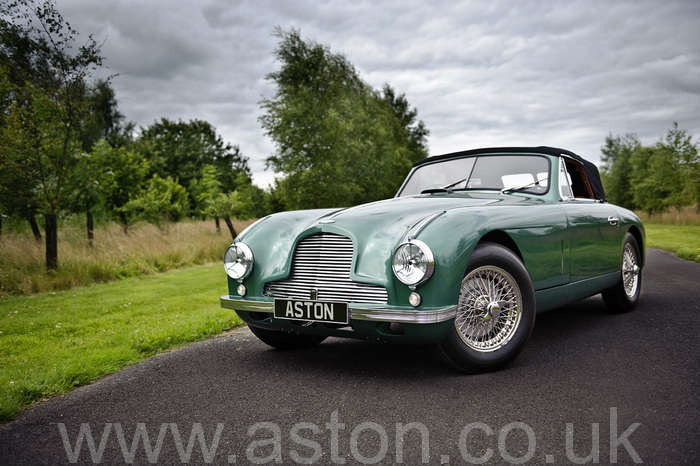 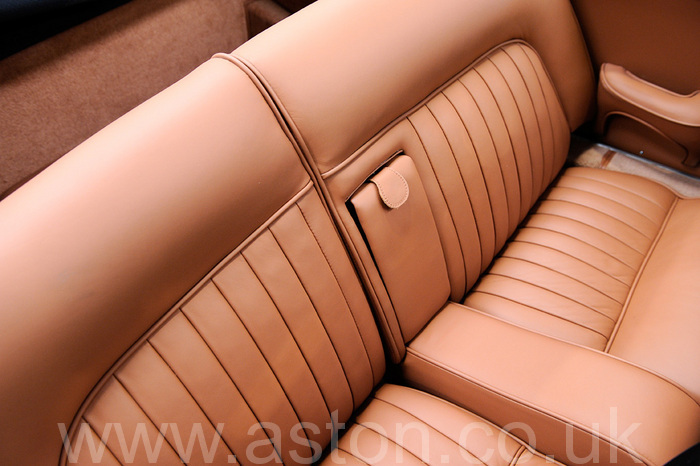 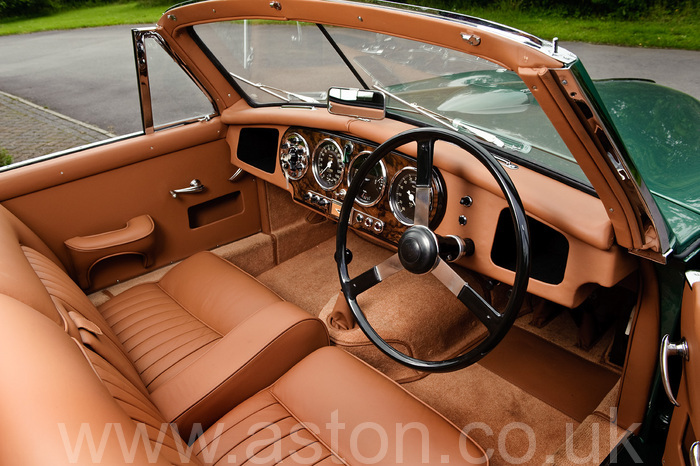 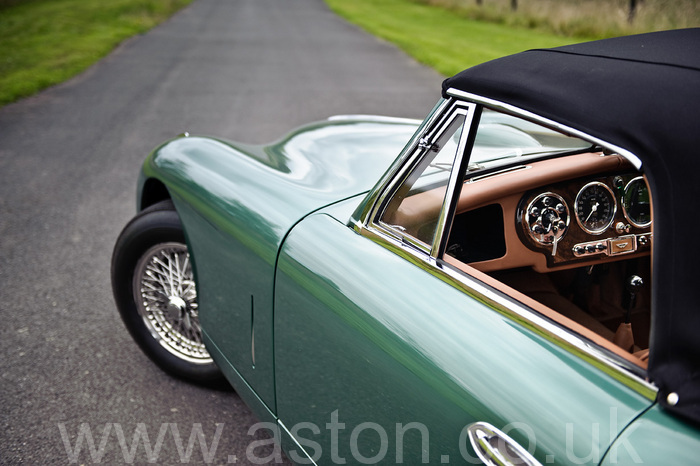 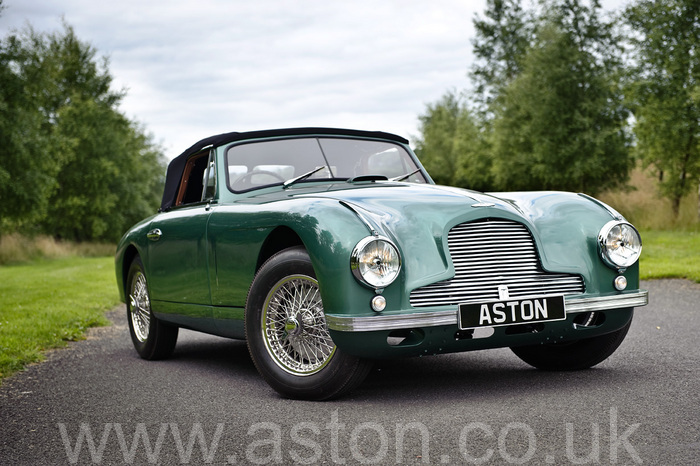 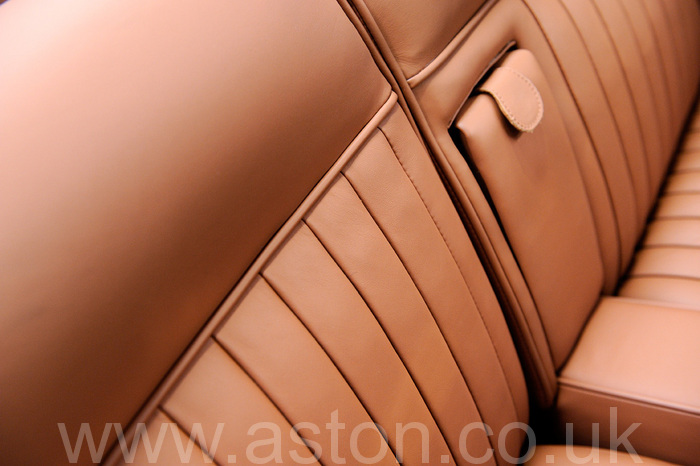 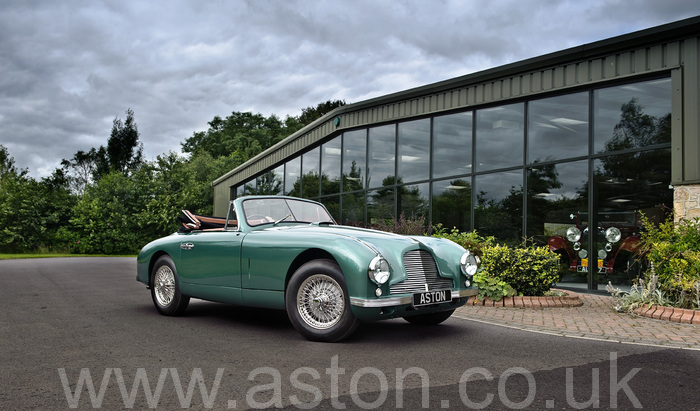 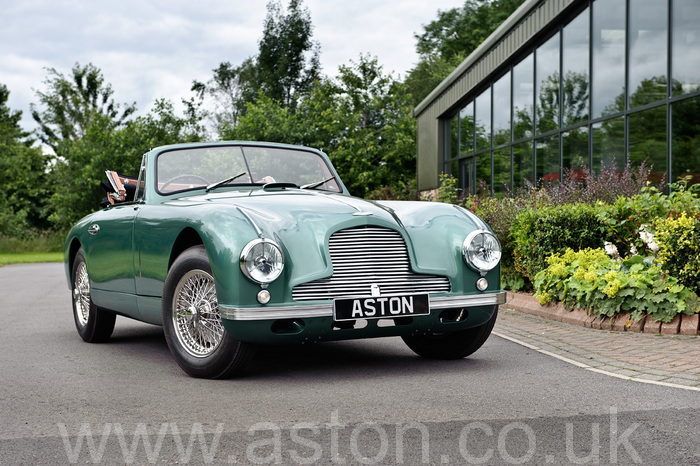 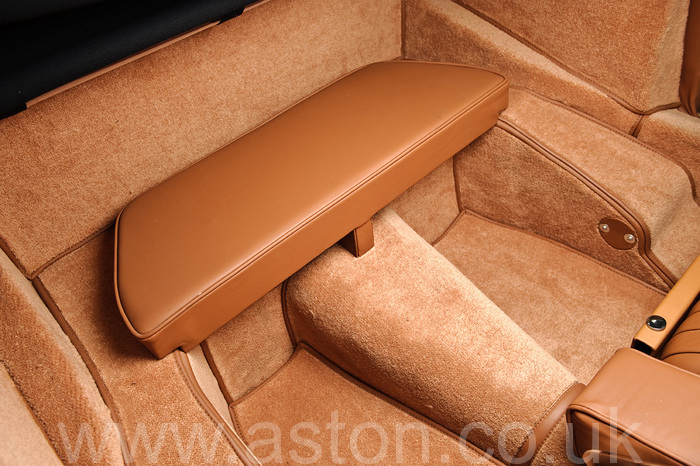 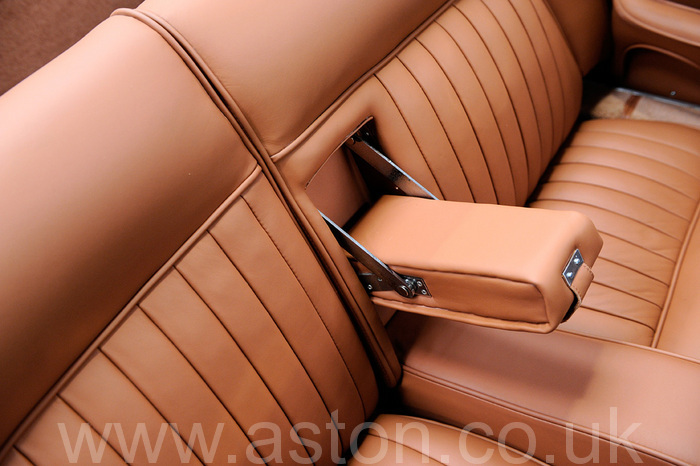 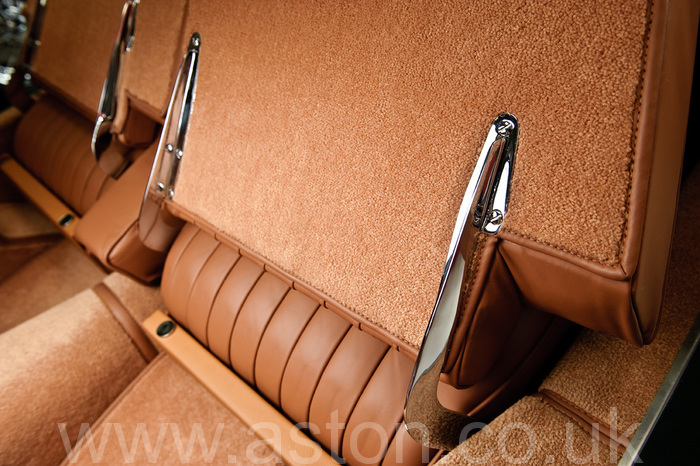 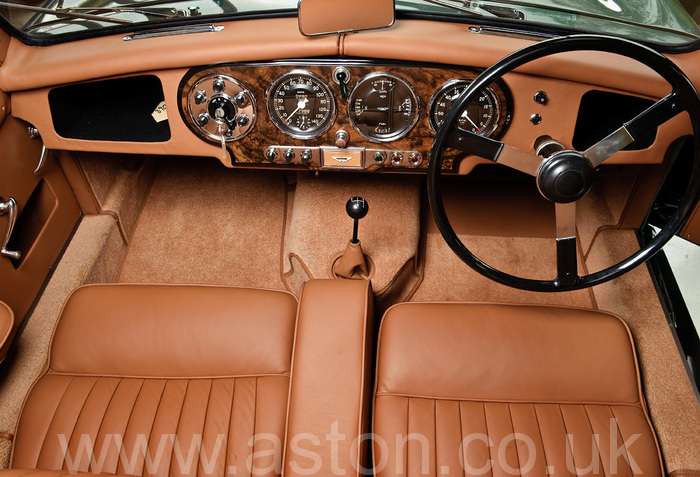 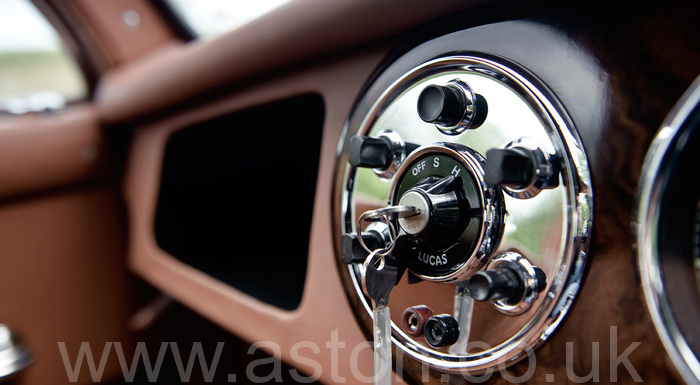 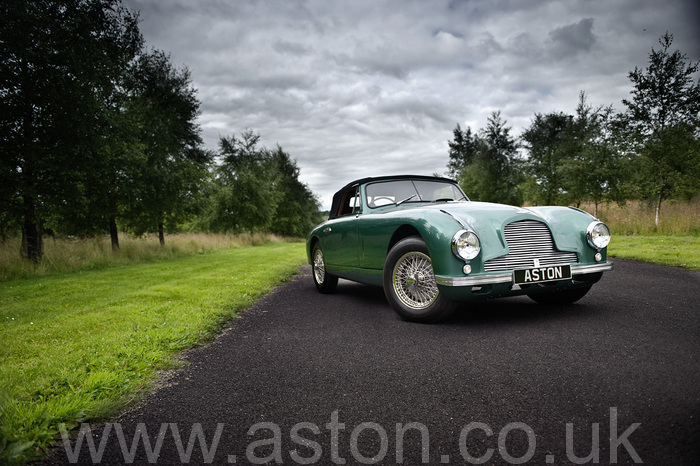 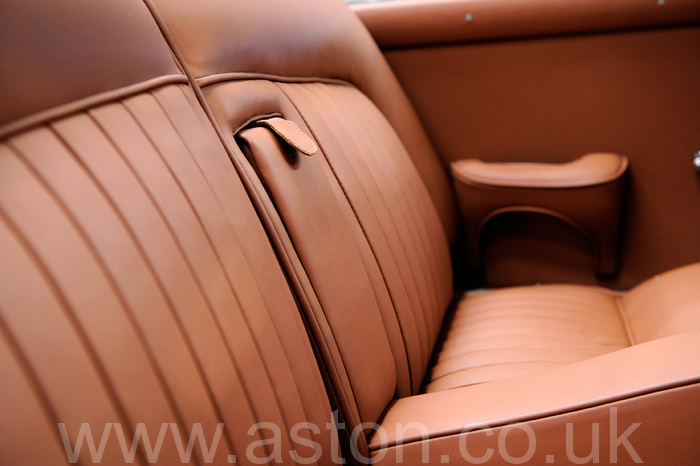 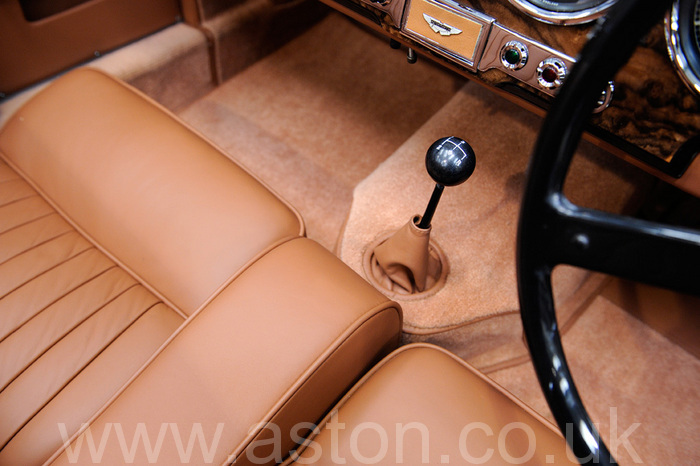 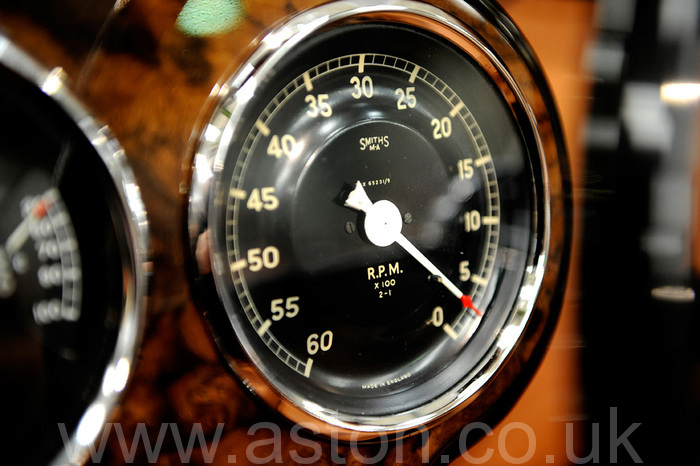 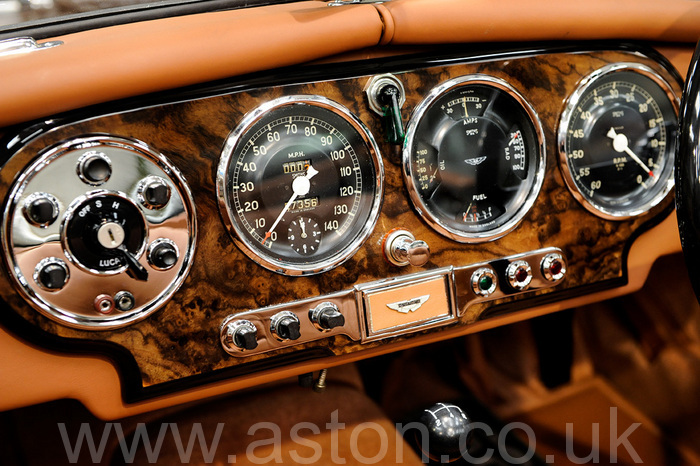 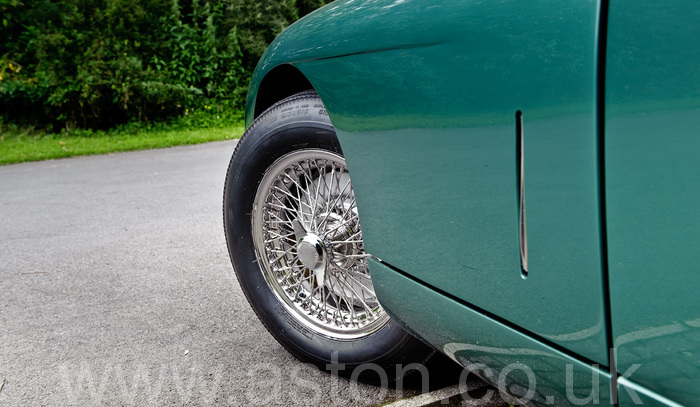 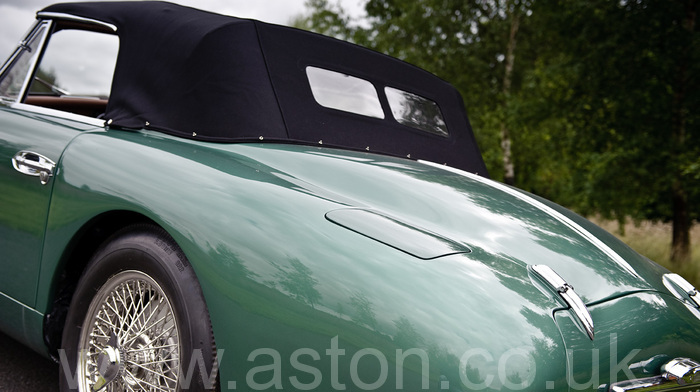 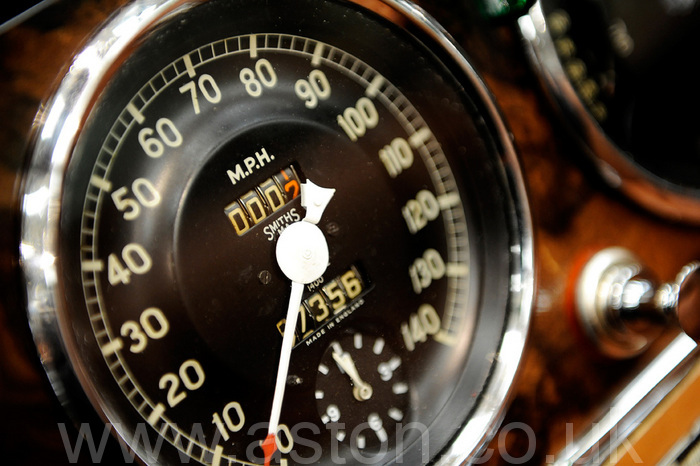 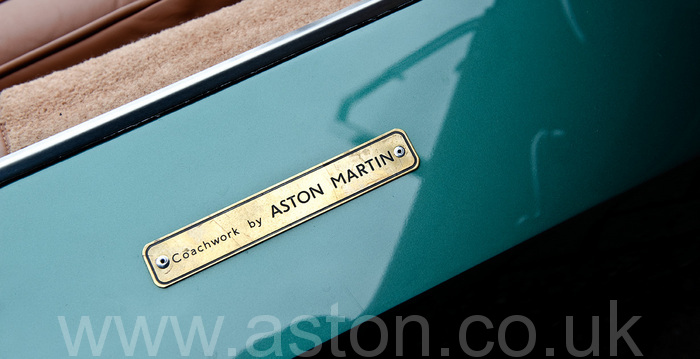 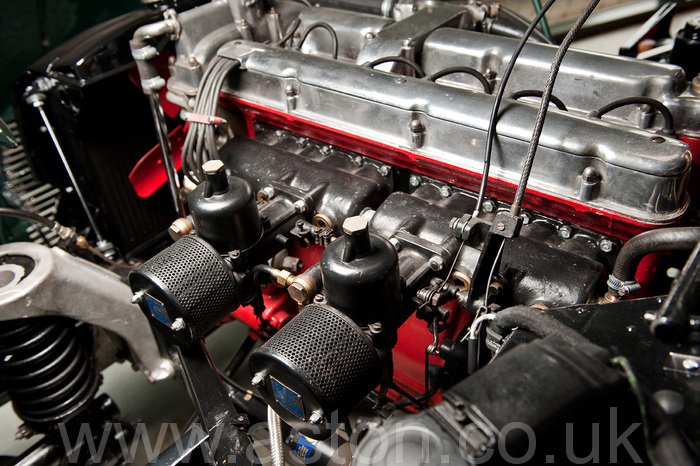 A model that is both very rare and fast appreciating, this beautiful DB2 Vantage Drophead Coupe is the epitome of glamorous motoring. In Almond Green with a saddle brown interior, this RHD example exudes style and sophistication, a car that definitely ‘stands out from the crowd’, even in such hallowed company as the collection here in our showroom at the Aston Workshop. A restored DHC Vantage such as this is always going to be highly desirable proposition, but add to that the car’s fascinating early competition history that is well documented in the Aston Martin Owners Club register, and you have something truly special. In its early life, it was campaigned in a variety of club races and European rallies with some success, and is eligible for all of the historic and classic car rallies. This late DB2 has the benefit of the original factory 2.6 litre Vantage engine that was installed by Aston Martin. It has also been given a substantial restoration, and with a fully restored body, full re-trim and a brand new hood, this eye-catching example is sure to grace any venue with its presence. The engine has been subject to a comprehensive rebuild that included new pistons, bearings, and a cylinder head overhaul with new valve guides and valves. Mechanical work undertaken during its restoration includes the re-assembly of the front and rear suspension with new bushes and bearings plus new clutch and brake components where required. All of the instruments and clock have been restored and re-calibrated where needed, and oil pressure is good. The DB2 Vantage is a true classic and a landmark model. This lovely example is sure to appeal to any collector/enthusiast wishing to purchase an incredibly chic Aston Martin, a rare classic and a car that can be bought using both your head and your heart! For more information please contact a member of our sales team: +44 (0)1207 233 525 -------------------------------------- --------------------------------------
Briefly - The Aston Martin DB2: The DB2 was the first serious production car that flowed from the purchase of Aston Martin and Lagonda companies in 1947 by Sir David Brown. It brought together the chassis design that Aston Martin had developed just prior to the 2nd world war and the 6 cylinder 2.6 litre engine that Lagonda had developed also just prior to war breaking out. Lagonda car company stylist, Frank Feeley, heavily influenced the styling of the DB2. The combination propelled Aston Martin into the premier league of high performance sporting cars that David Brown craved for. Original literature for the DB2: ---------------------------------------- Aston workshop Investments Guide: