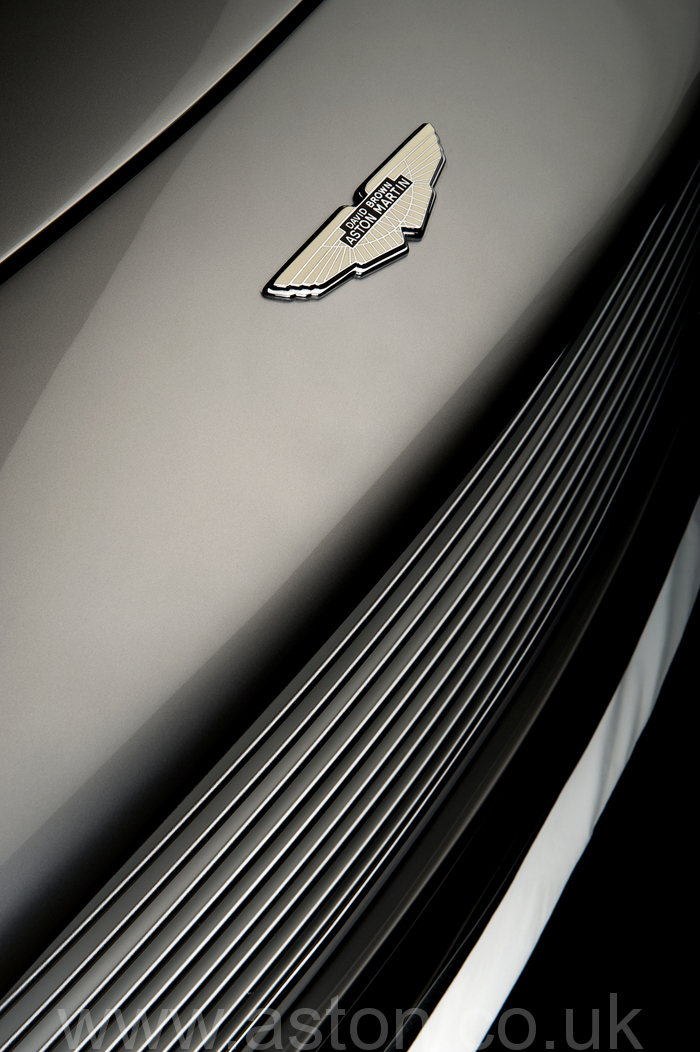 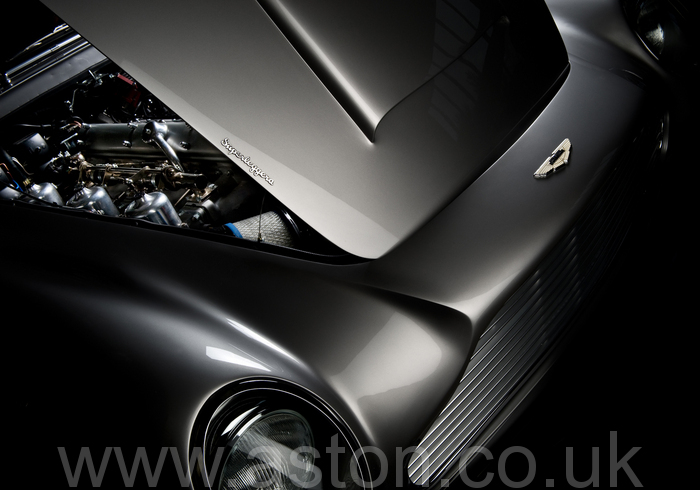 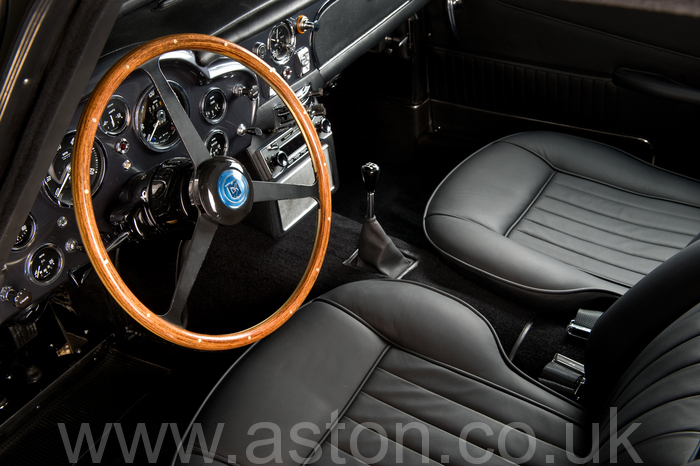 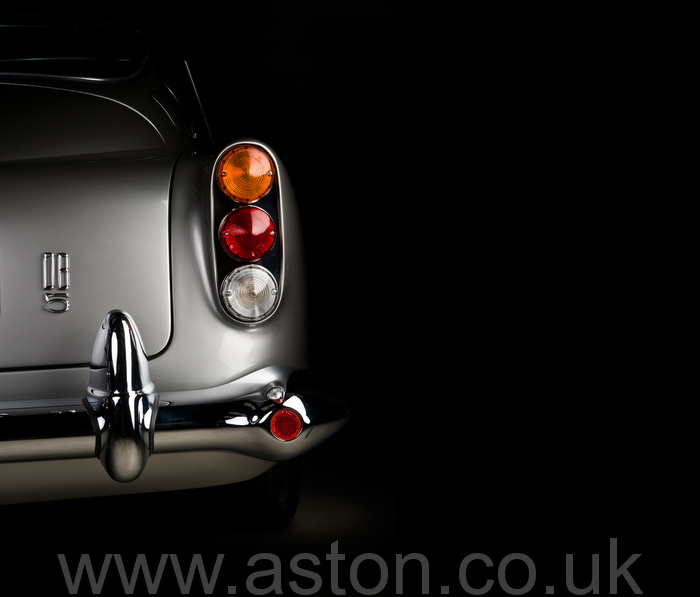 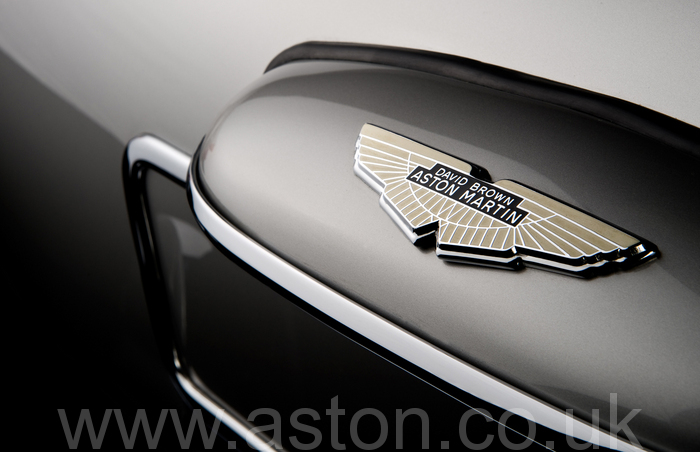 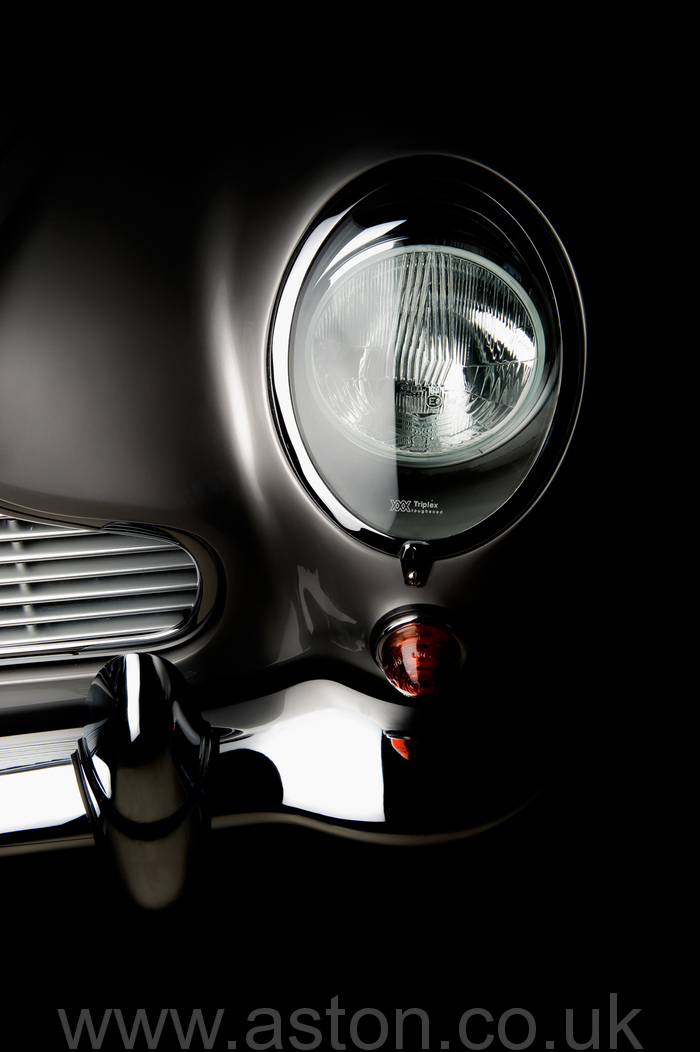 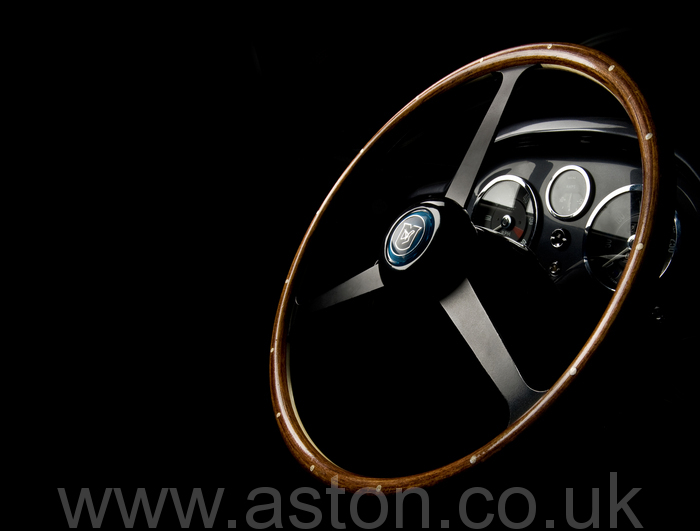 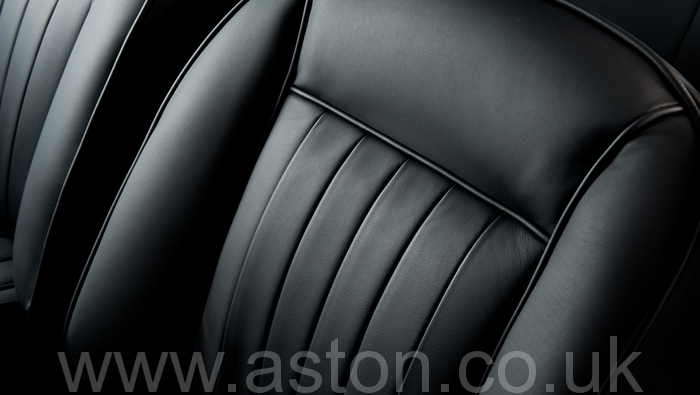 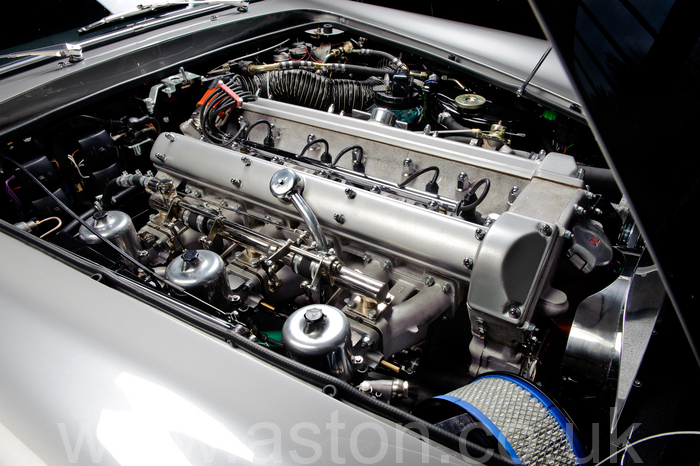 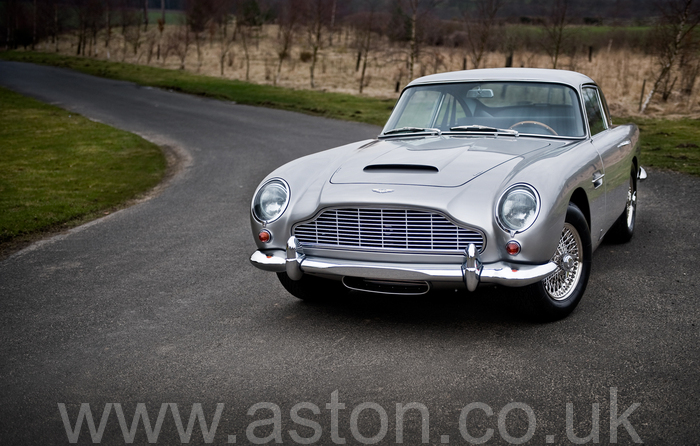 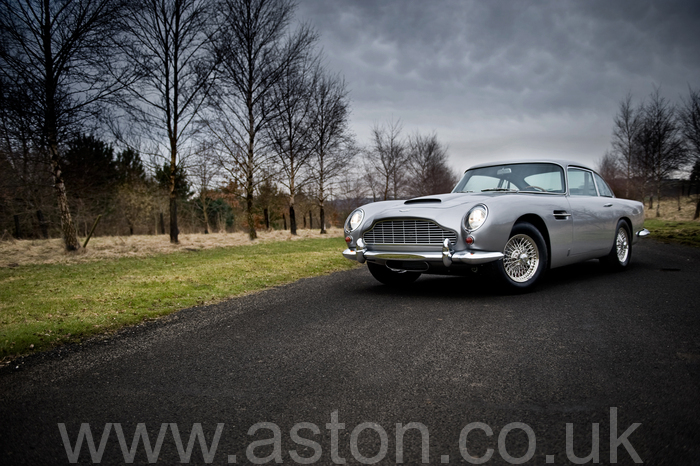 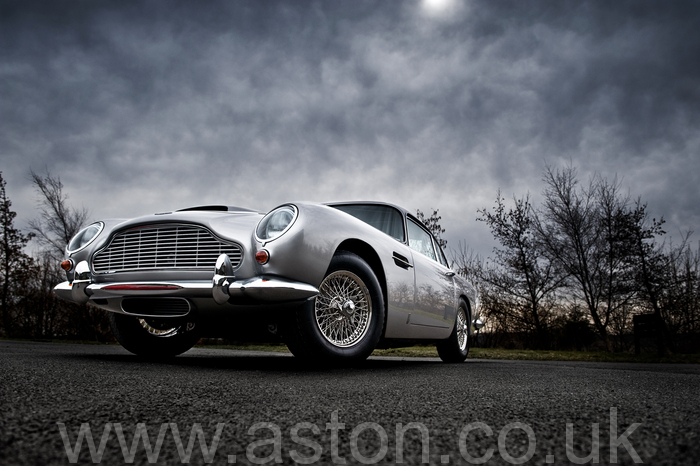 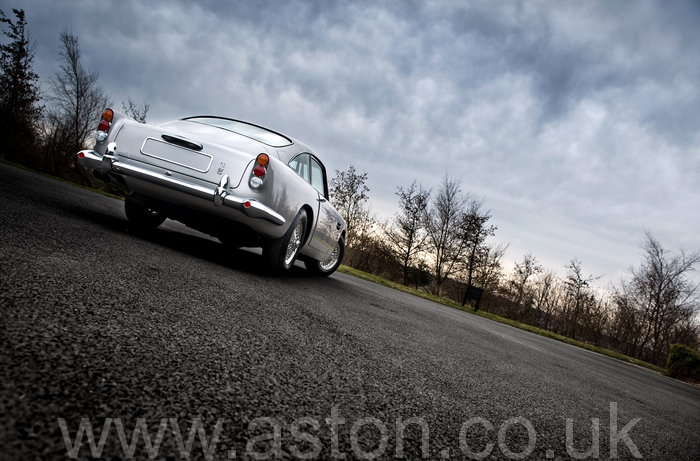 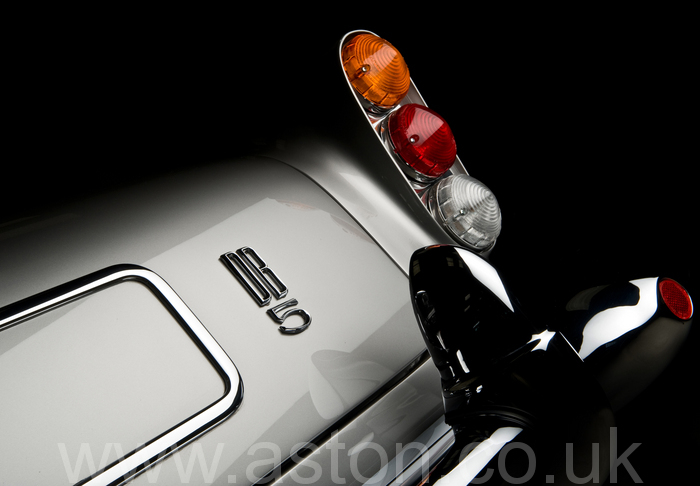 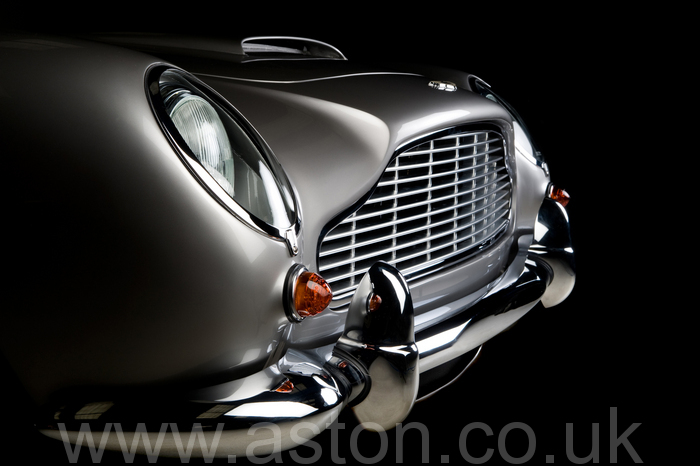 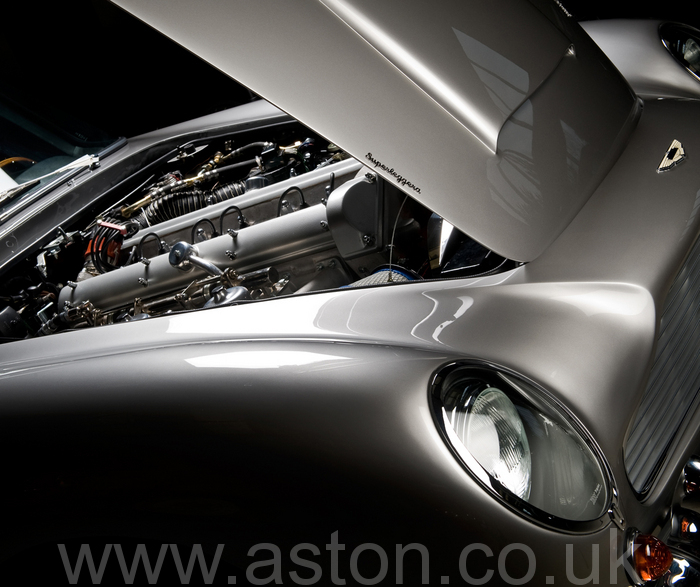 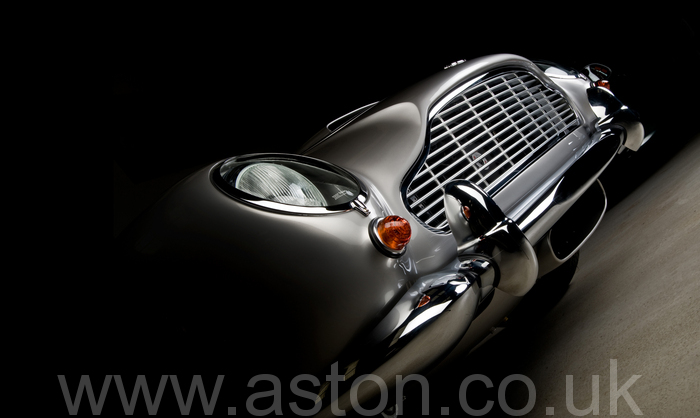 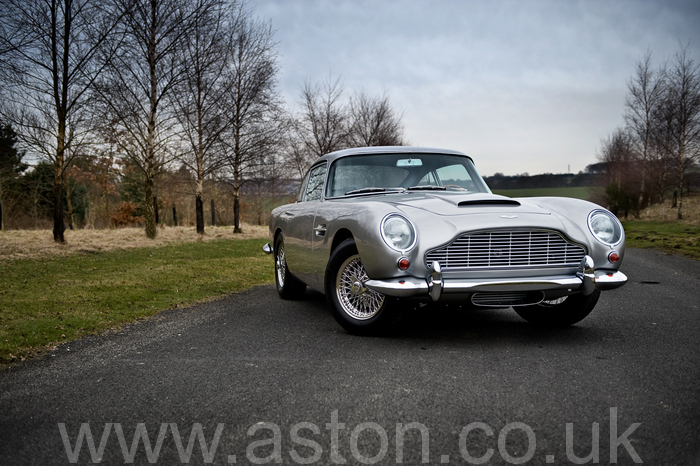 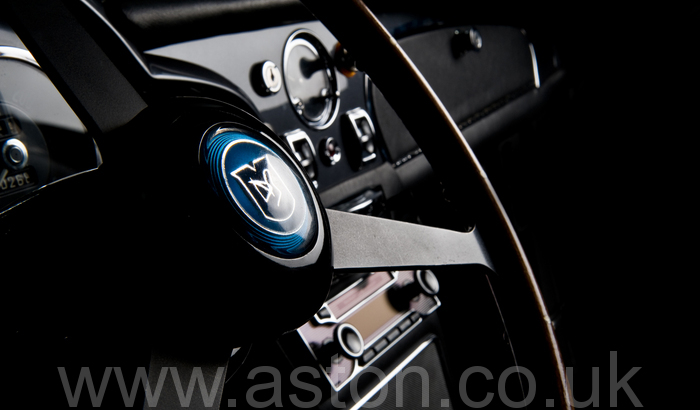 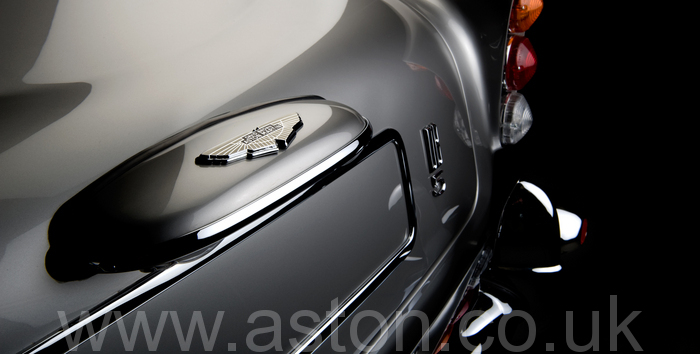 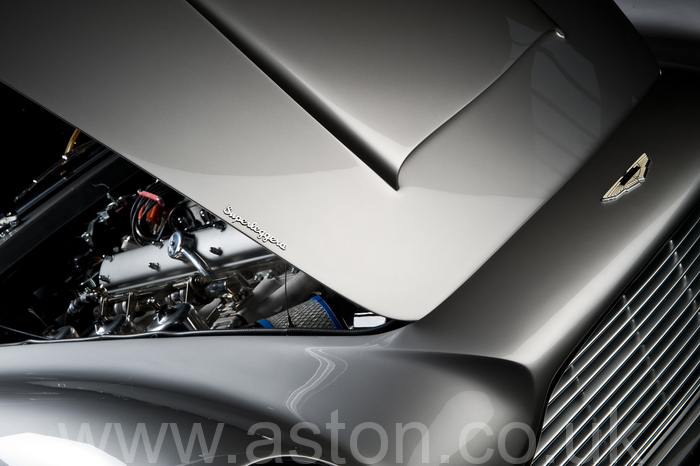 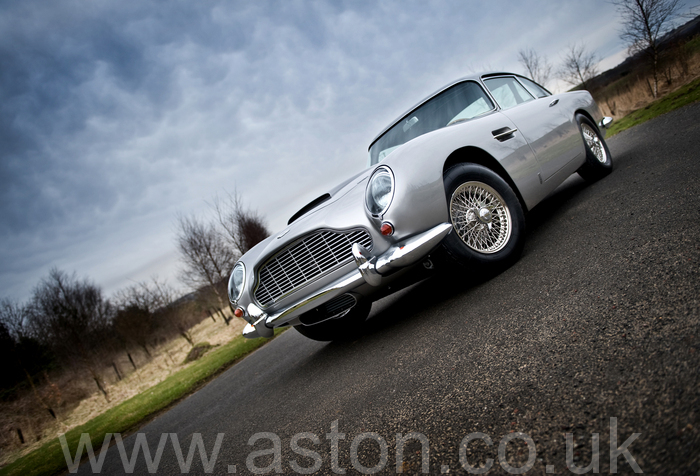 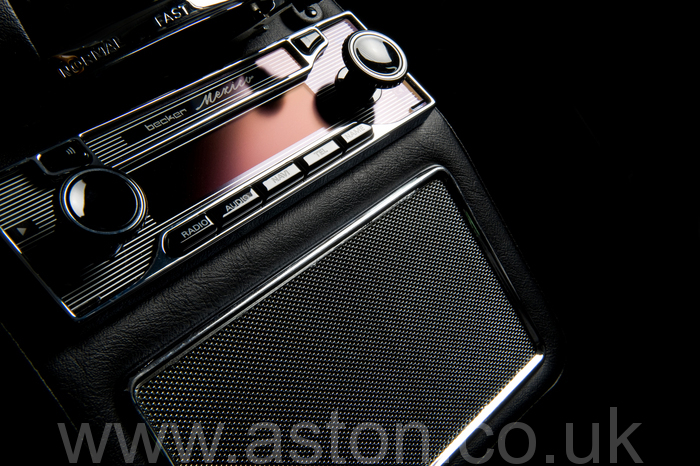 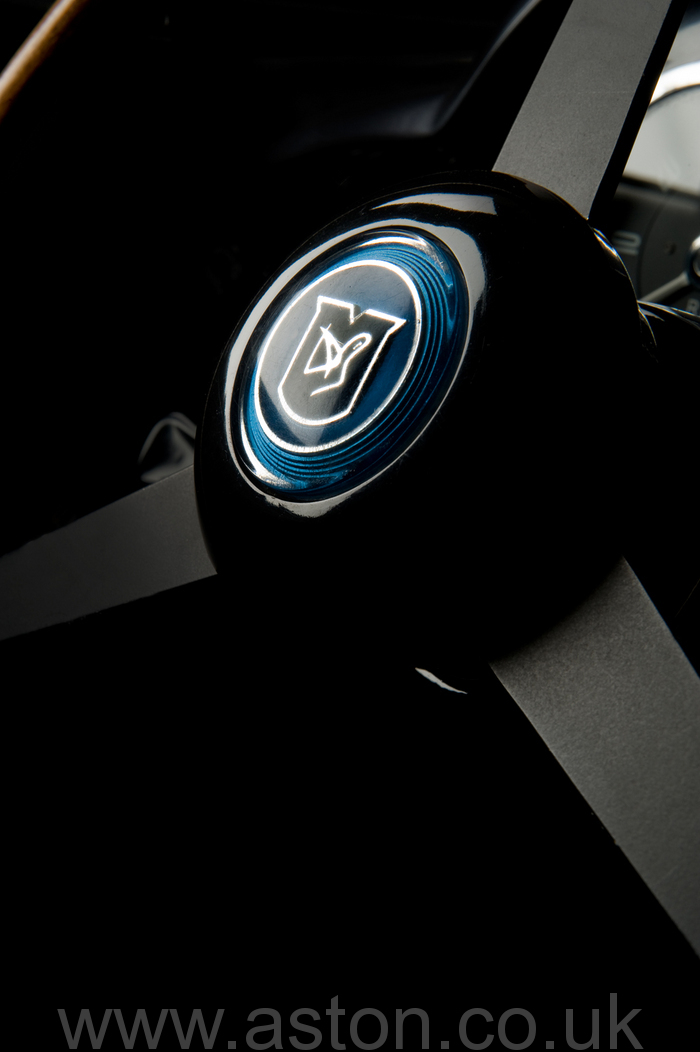 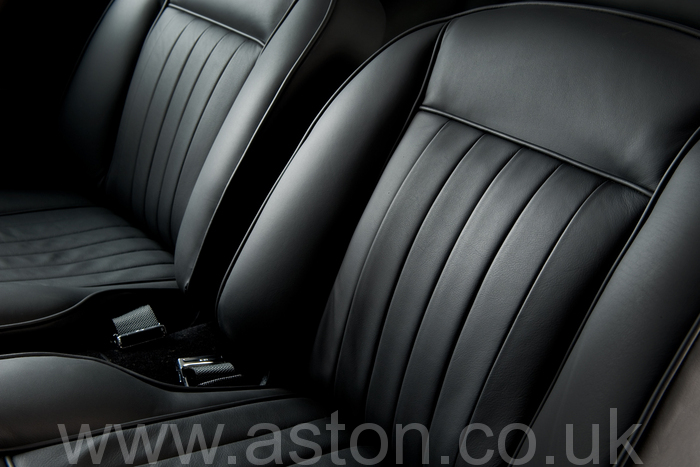 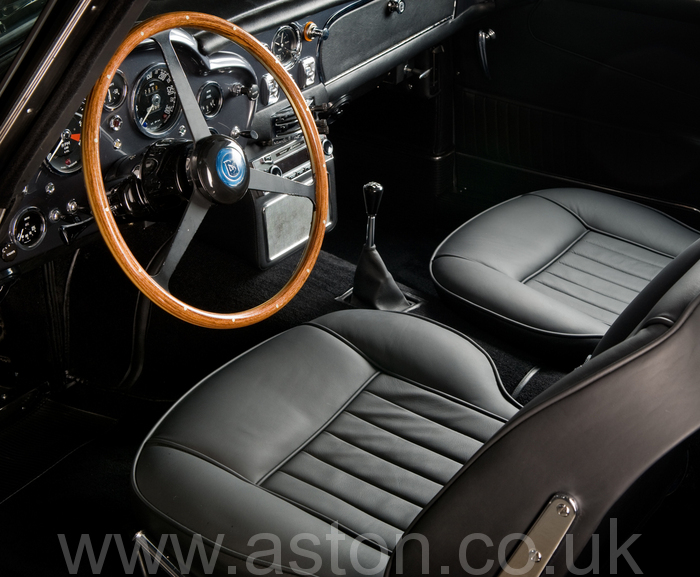 DB5 We have possibly the finest fully restored LHD manual DB5 available for sale anywhere. It has been subject to the full Aston Workshop nut and bolt restoration to the very highest standards. It is specified in the classic Aston Martin Silver Birch grey, with black leather interior. Lovingly restored by dedicated skilled craftsmen, it’s a car without flaws. She is as well finished underneath, and under the bonnet as the mirror smooth Silver Birch paint on top. This is superbly set off by a fabulous black leather interior, in soft grain Bridge of Weir leather, complemented with deep pile black Wilton carpets. The car is equipped with a significant number of highly desirable upgrades, that include LHD conversion with electric power steering, upgraded engine to 4.2 litre, upgraded manual transmission, suspension, air conditioning and Becker Mexico audio, communication and navigation system. The DB5 was described by contemporary road testers, as a car “that defies definition with many widely differing characters, that is always tailored to one’s mood of the movement”. Capable of effortless high performance, quiet and refined, yet with a most satisfying and mellifluous snarl as the mood takes one. Elegant, rare, and with impeccable breeding, it is the epitome of all that was most elegant in its time, with that unmistakable British character, yet with the design flair of the very best of Italian styling. “It is a car which challenges and satisfies and always excites”. The DB5 made its debut in October 1963 at the London Earls Court International motor show to rave reviews. The DB5 was a logical development of the DB4, which was built from 1958. The engine was further developed and enlarged to 4 litres and as standard came with triple 2 in SUs. A Vantage version, with increased power was also available. The DB5 came with a 5 speed manual gearbox as standard. The car has been the subject of a full Aston Workshop restoration, since the completion of which it has completed less than 500 miles. Purchased by the Aston Workshop as a restoration project, the chassis has been the subject of a full and comprehensive reconstruction, all undertaken with the aid of jigs to ensure complete dimensional and alignment accuracy. On completion, the chassis was powder coated, undersealed and wax injected to ensure its long term protection. The car was comprehensively re-panelled. Doors, bonnet and boot were repaired, reassembled gapped and aligned. The body shell was then primed, flatted and painted in its original shade of Silver Birch to a superlative mirror finish. While all of the body reconstruction was in progress, the engine was given a thorough overhaul. The engine was stripped, the cylinder block disassembled and cleaned, including the water jacket, machined and new liners inserted to 4.2 litre specification. with new forged aluminium pistons. The cylinder head was skimmed, new unleaded valve seats, guides, camshaft followers, drive chains and water pump completed a long list of new parts. A new modern Borg Warner Tremech T5 5-speed manual transmission has been fitted, giving the car a quieter, lighter, easy to use modern feel and with longer gearing to suit modern main roads. Assembly of the painted body shell then commenced with the fitting of the individual fuel, brake, air con and electrical systems. Additional soundproofing was added to the floor, front and rear bulkheads and a new headlining fitted. At this point the repainted and trimmed front fascia assembly, dashboard and steering column were installed. Front and rear suspension, all carefully prepared and enamelled were refitted with all new bushes and king pin swivel joints, up rated springs, dampers and anti-roll bar. Reassembly was completed with new hubs, bearings, brake discs and callipers. The engine and transmission were installed complete with rear suspension and final drive, together with a new stainless steel exhaust system. The under-bonnet assembly was completed with the fitting of new aluminium radiators for water, oil and the air con system, all sympathically up rated to suit the use of the car in modern traffic conditions. The interior was then retrimmed in black Bridge of Weir leather, complete with new leather bound Black Wilton carpet. Lights, door trims, windows, boot lining, fuel tank and under bonnet fittings completed the assembly process. As a final element new stainless wire wheels and spinners were fitted and final under body protection added. This car represents one of the finest restored DB5 cars available worldwide. It has been restored to the very highest standards. Offered for sale with a 5 speed manual gearbox, it has bee upgraded with LHD electronic power assisted steering. It is equipped with full air conditioning. The restoration has just been completed and the car will be available for delivery from June, as it is presently being exhibited at a number of prestigious events in Europe and further afield. This car could immediately be entered for a major Concours competition with confidence. The car comes with a comprehensive guarantee and history. This is a car for the serious collector who is looking to purchase a fully restored DB5 and whose standards demand the highest possible quality. Fully specified, it is equipped for those who demand the very best with all modern refinements and upgrades already installed. Discrete enquiries regarding its sale are being sought. Original Literature for the DB5: