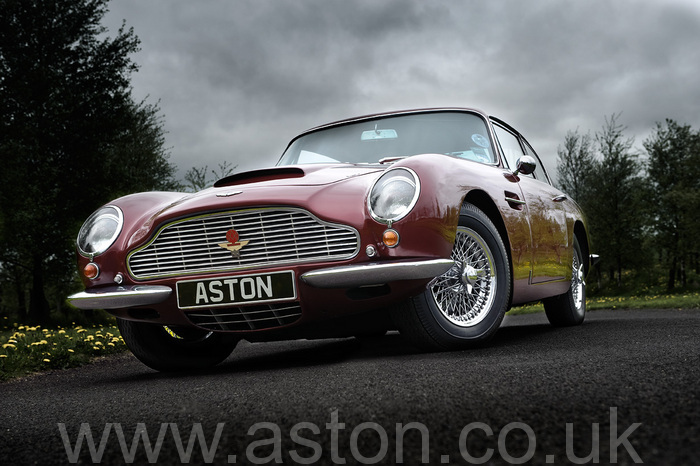 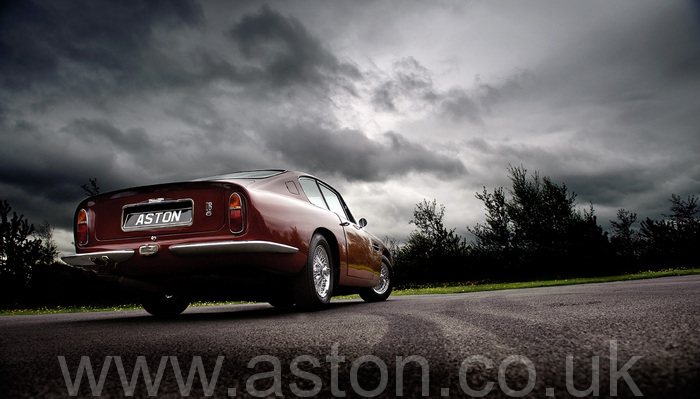 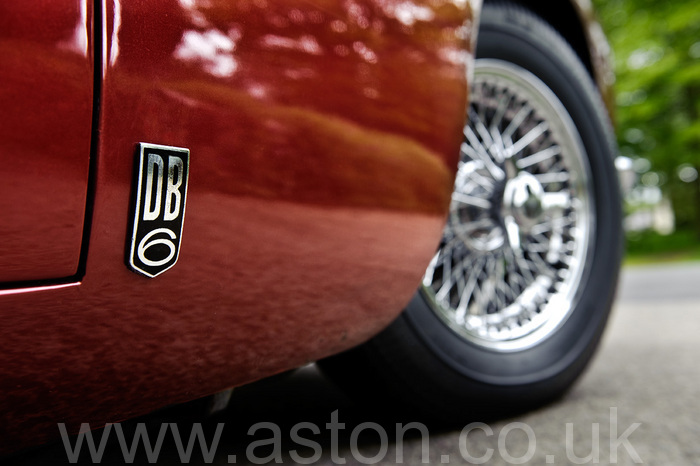 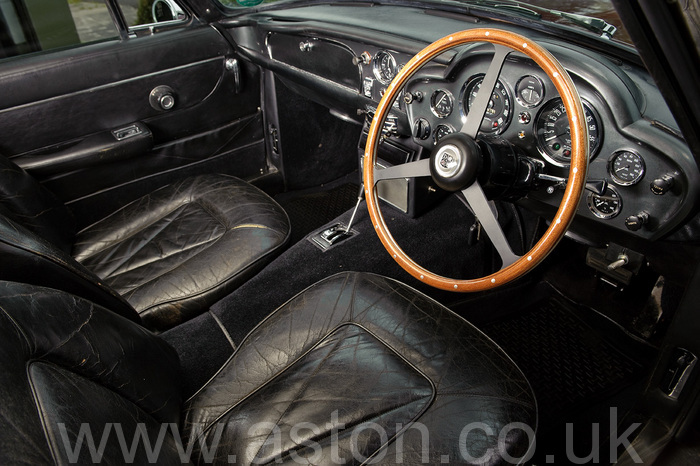 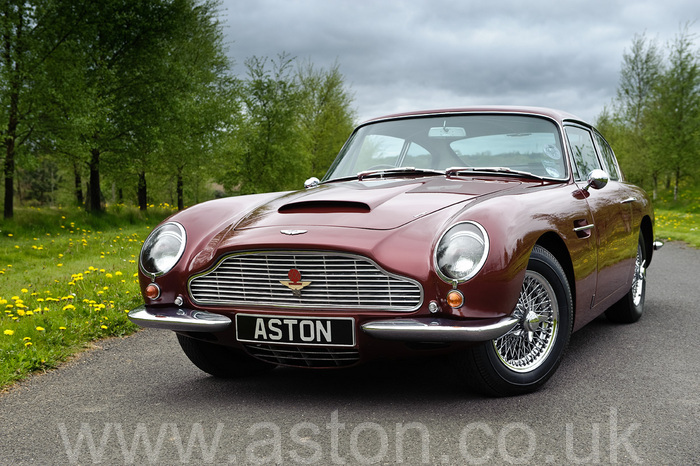 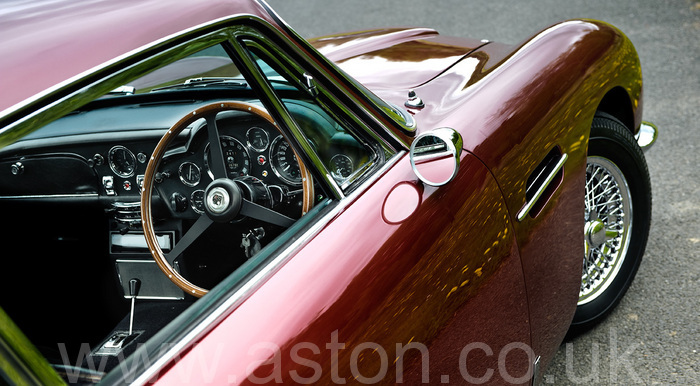 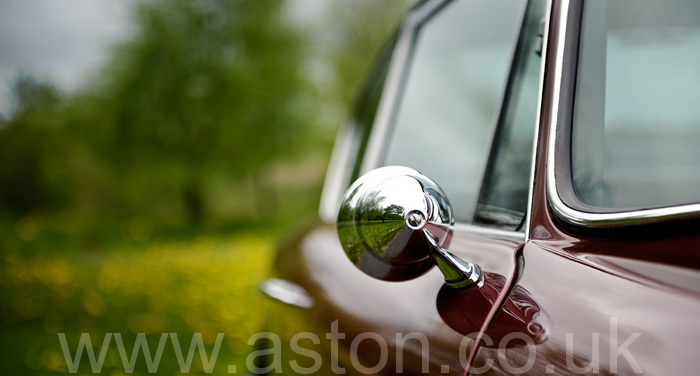 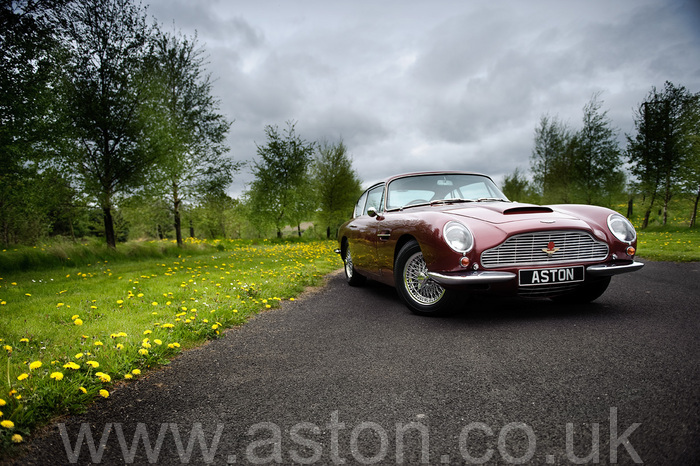 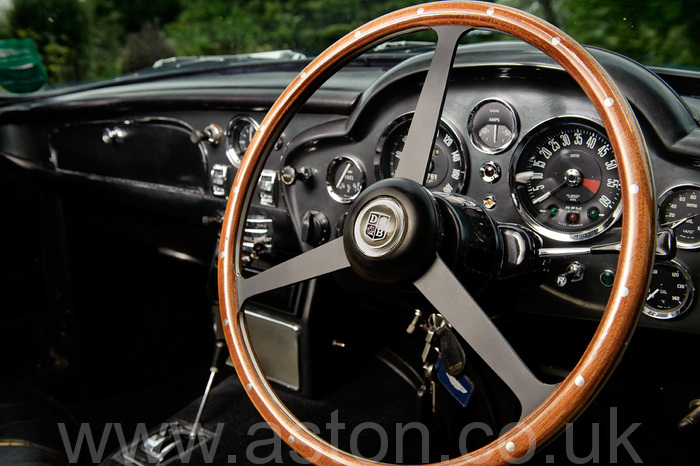 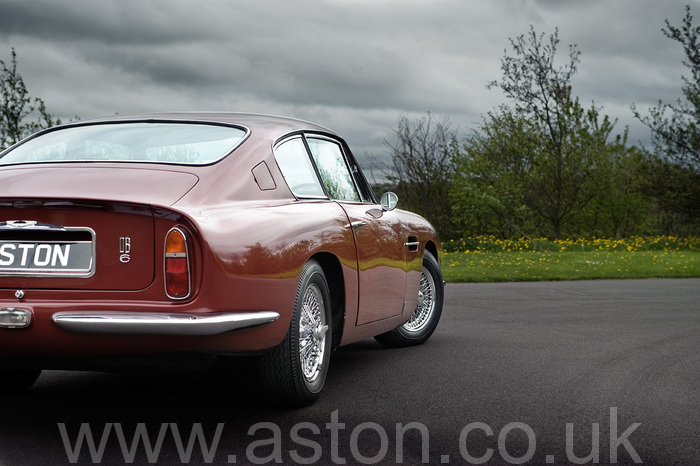 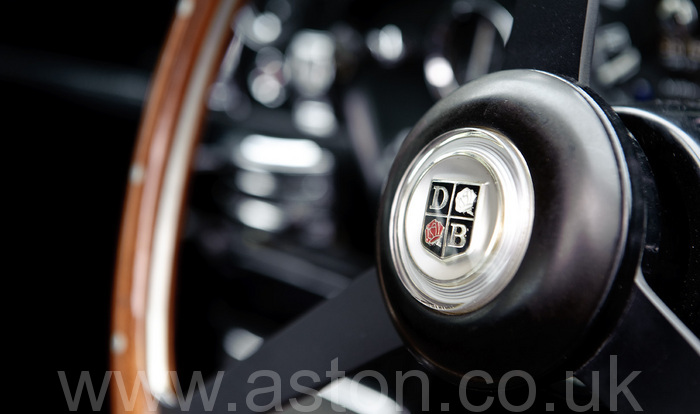 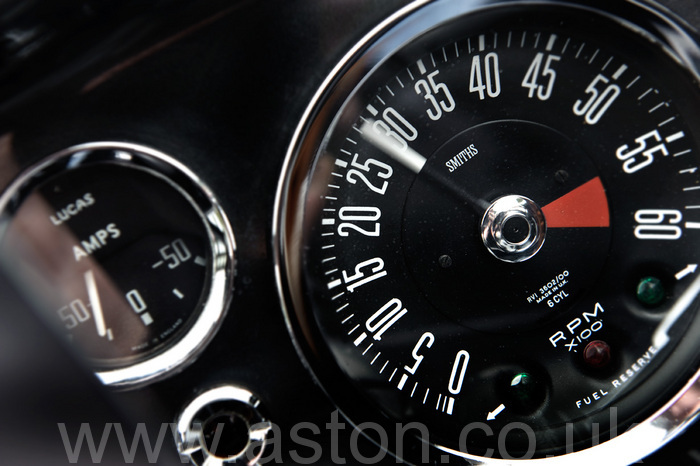 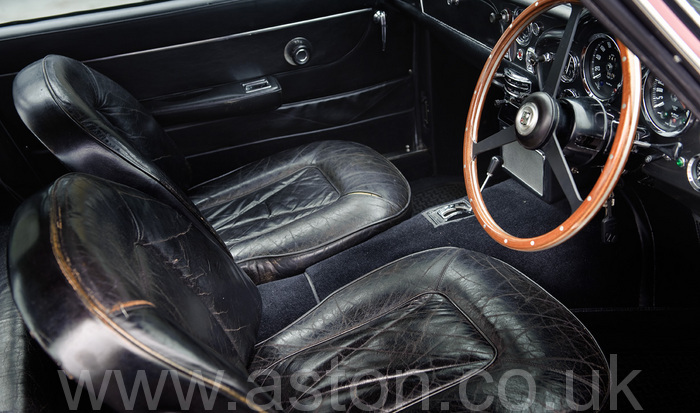 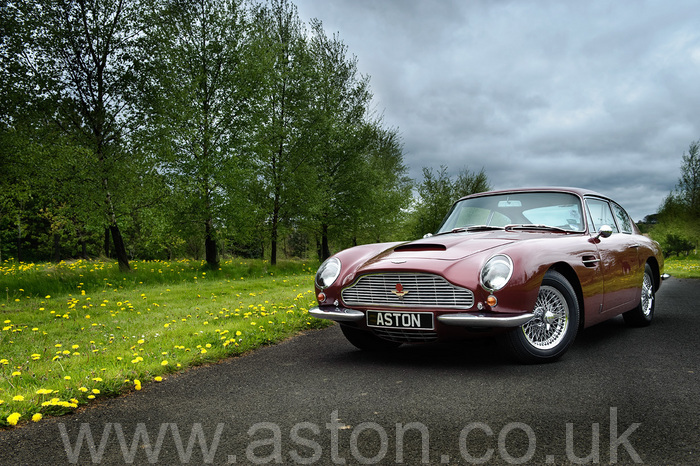 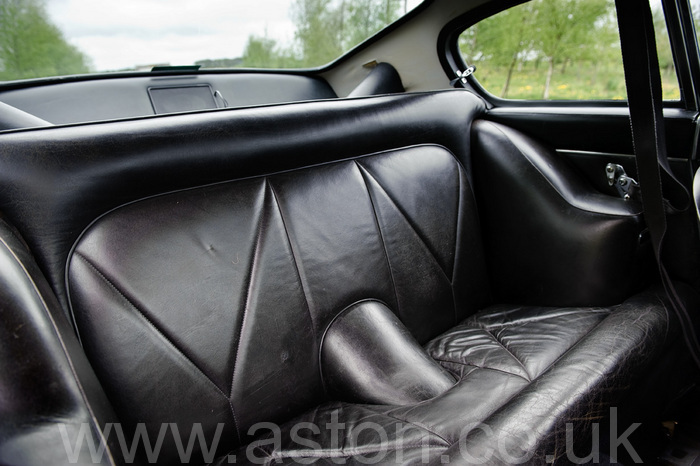 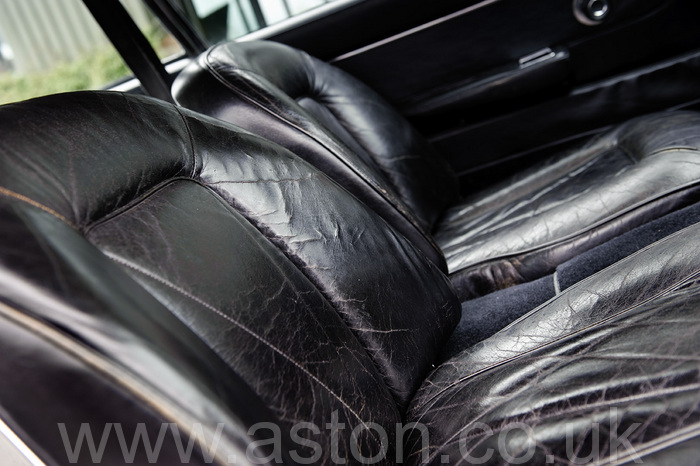 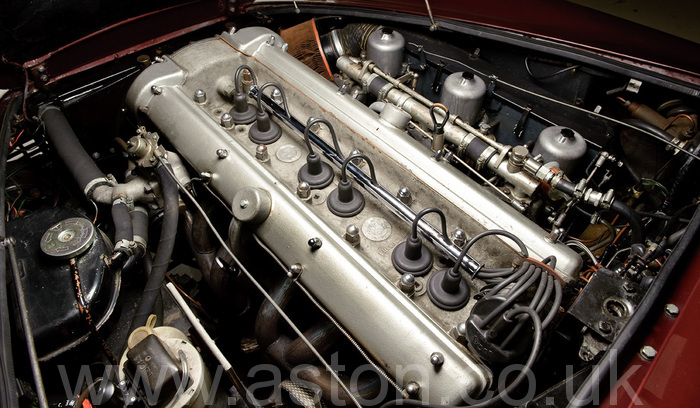 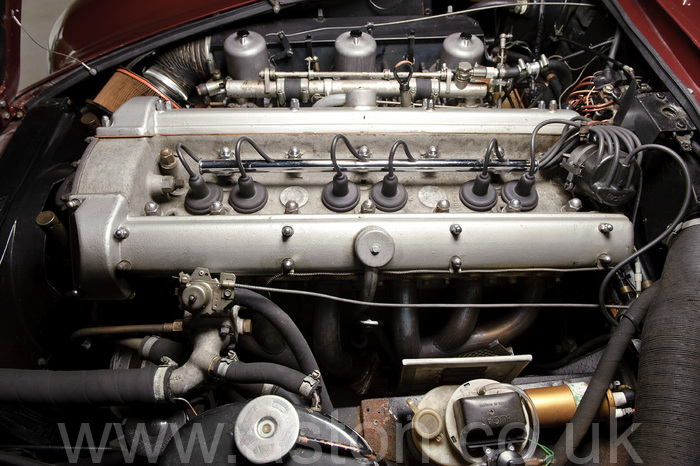 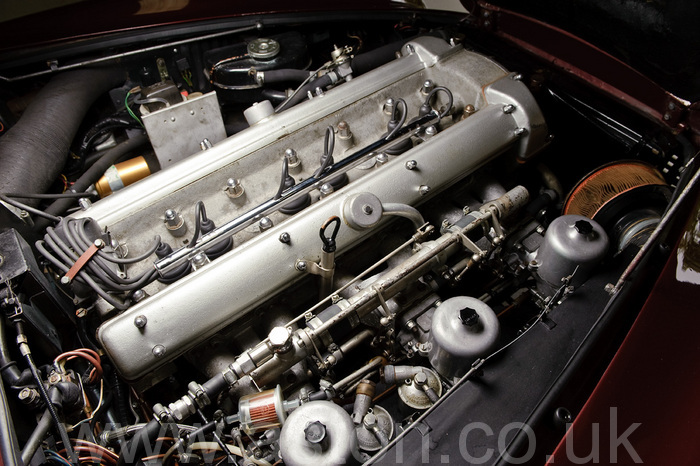 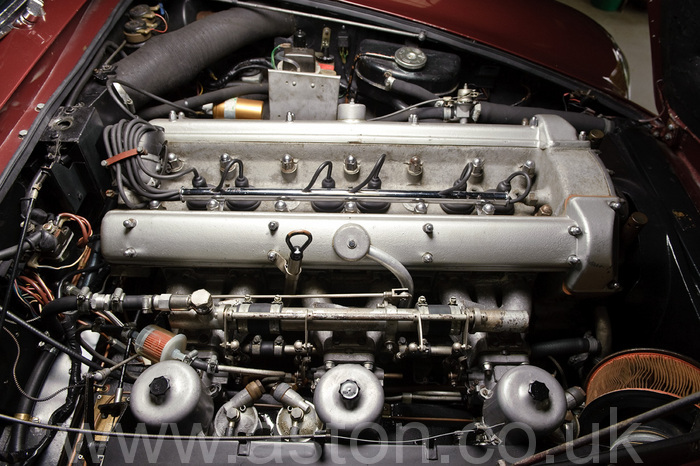 We are pleased to present this lovely DB6 Mk1 automatic in its original Dubonnet red with black leather trim and black carpets. This is a 1966 automatic with matching numbers and an odometer reading of 96,000 miles. Annual MoT certificates dating back to 1977 suggest that the mileage is genuine. It was restored around 10-15 years ago. Work included: Stainless steel exhaust and manifold, 4 new chrome wire wheels, fuel pump, auto box overhauled, new servos, shock absorbers, wiring loom, brake master cylinder, rear suspension, chassis repairs, axle, carpets, steering wheel, oil cooler, carbs overhauled, chrome replaced or renovated, paintwork and engine work. Since then this cherished DB6 has also been furnished with a £5,000 power steering conversion, electronic ignition, negative earth conversion, modern hazard warning lights, Kenlowe fan, and a Scorpion ‘Thatcham One’ category alarm/immobiliser. Most recently, she has had two new Avon tyres fitted to the front along with some very nice chrome exhaust trims, but perhaps one of the most novel enhancements is that of the ‘hidden’ (James Bond-style) Sony CDX-M600R CD/radio. This classic Aston comes complete with two huge history files that include the original registration documents from 1966 plus the annual MoT certificates mentioned above. A very presentable example of the DB6, mechanically the car is sound. The black leather interior is quite heavily patinated and may require some attention in the future depending on the preference of the new owner. The engine has good compressions; good oil pressure and performs with vigour. _____________________________________ History of the DB6 The DB6 was announced and shown to the public for the first time at the London Motor show in October 1965 and shares its general specification with the DB5. The most obvious difference between the DB6 and DB5 were changes made to the rear body, the rear spoiler or KAMM tail and the lengthened wheel base to realise a 4 seat capability, reduced cost of production and an improvement in performance through reducing drag and lift at speed. Other changes led to modification to the front to reduce lift, improve cooling and this led to the fitting of quarter bumper bars as opposed to the full width ones fitted to the DB5. The use of unequal length trailing arms for the rear axle, required to enable the adoption of an increased wheelbase, also had the benefit of increasing the rear end roll stiffness which further improved the general stability of the new DB6. Despite all of the modification for the DB6, weight was only marginally increased and the no cost option of a full Vantage specification engine realised a performance for the DB6, which rivalled that achieved by the DB4 GT some years earlier and never achieved with the DB5. On the road, the DB6 is noticeably more steady and in general use, a more comfortable car with noticeably better internal room for driver and passenger alike. General handling is at least as good as the earlier DB5 and the ride generally is more controlled and comfortable. All in all, the DB6 though planned as an interim model, had indeed achieved a worthwhile gain over its predecessor, all be it at the expense of some of the purity of line exhibited by the DB4 and 5. While the general specification of the DB6 resembled closely that of the DB5, its achievable maximum speed went up to 148 mph from 141 mph with correspondingly improved acceleration. ____________________________________________ Presently the property of an Aston Martin Owners Club member, this car will appeal to someone who wants a good, useable example at an affordable price. The car will be sold with a new MoT certificate and full service. Original literature: Original literature (French):