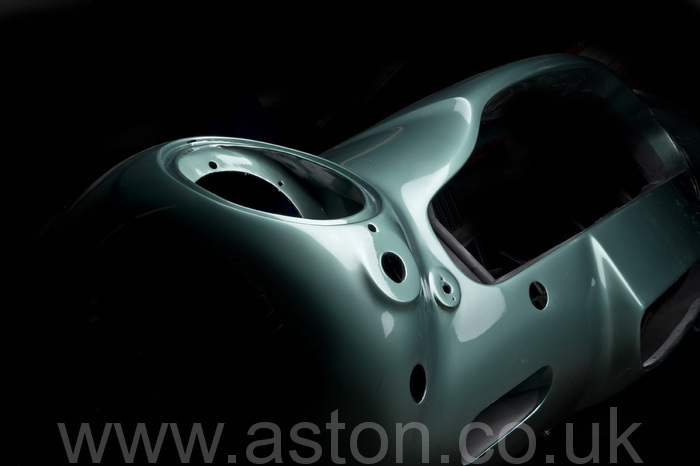 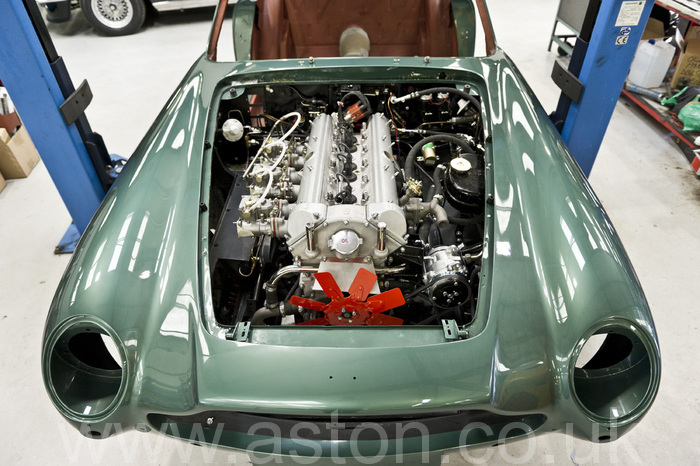 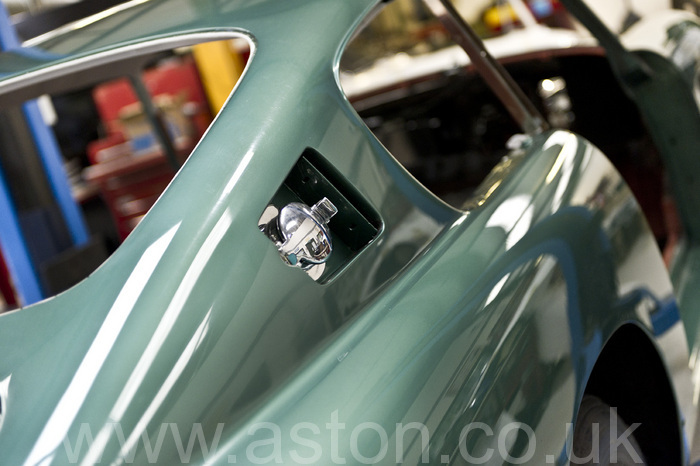 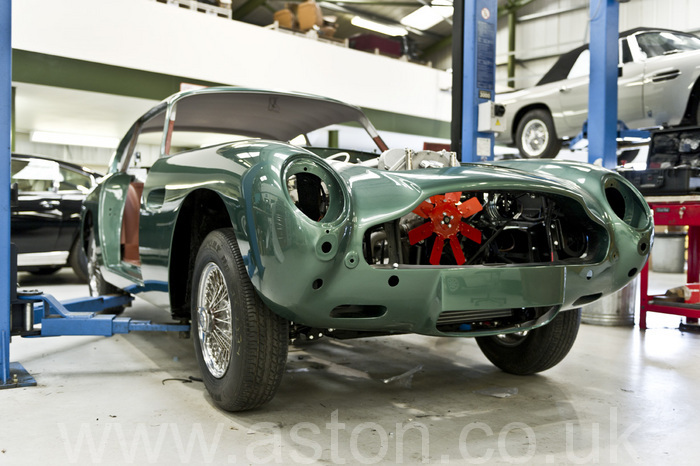 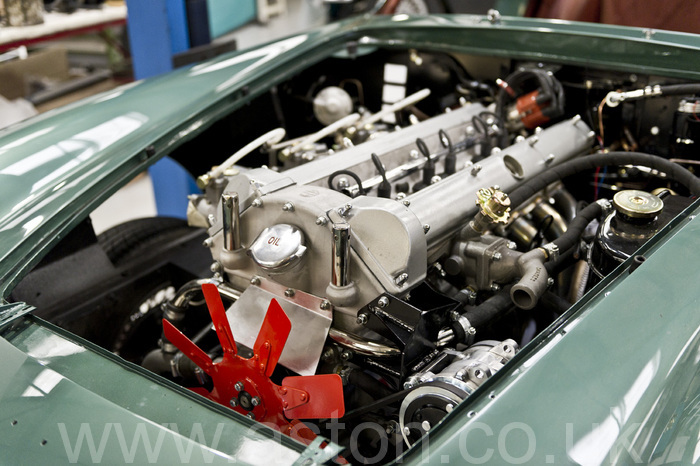 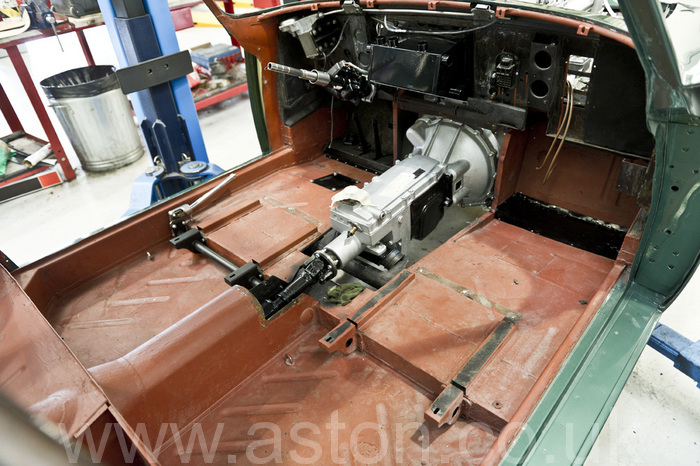 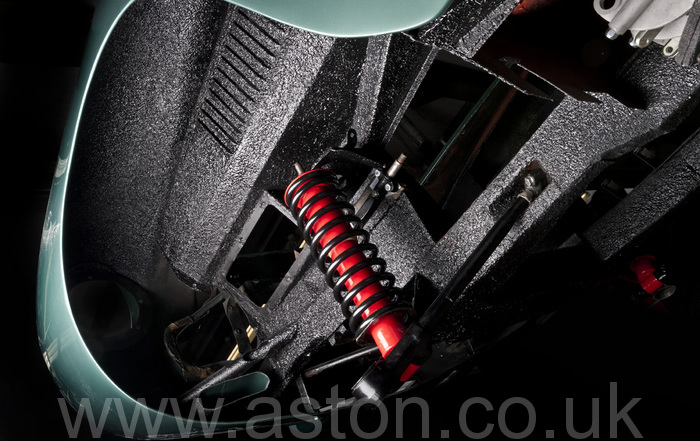 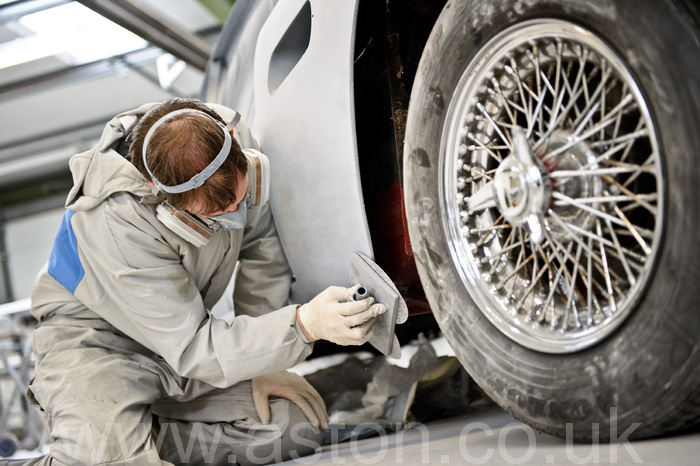 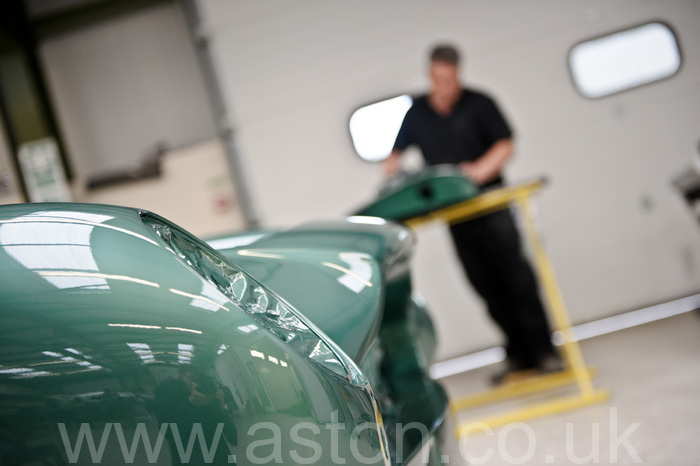 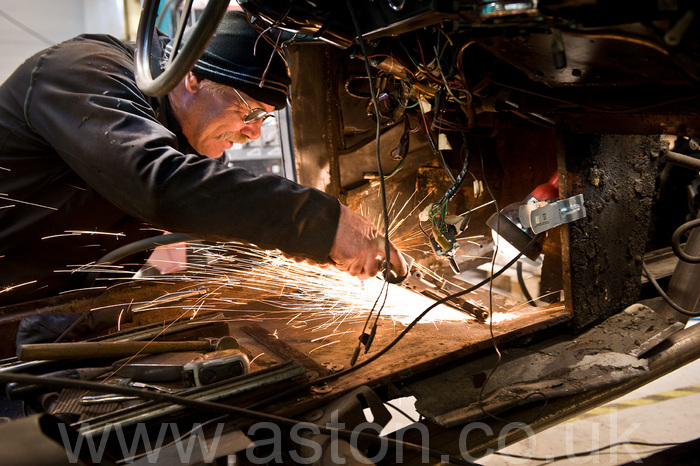 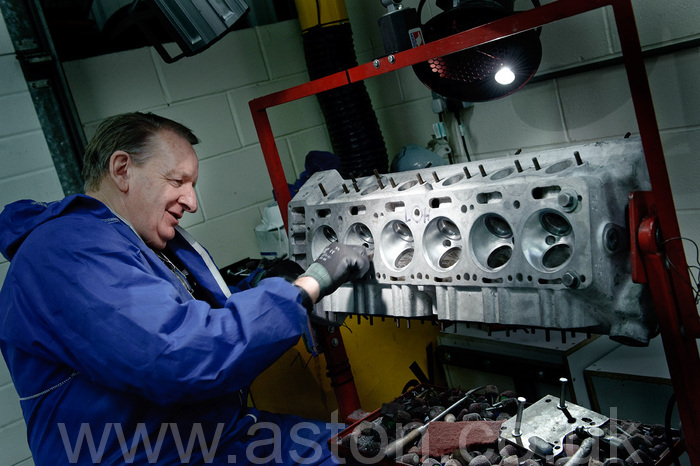 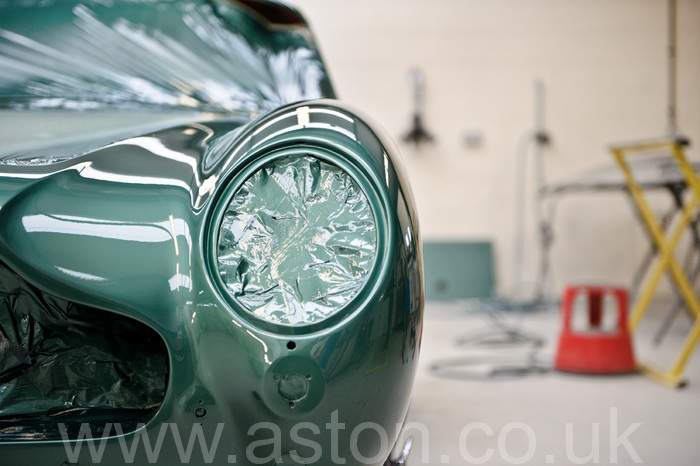 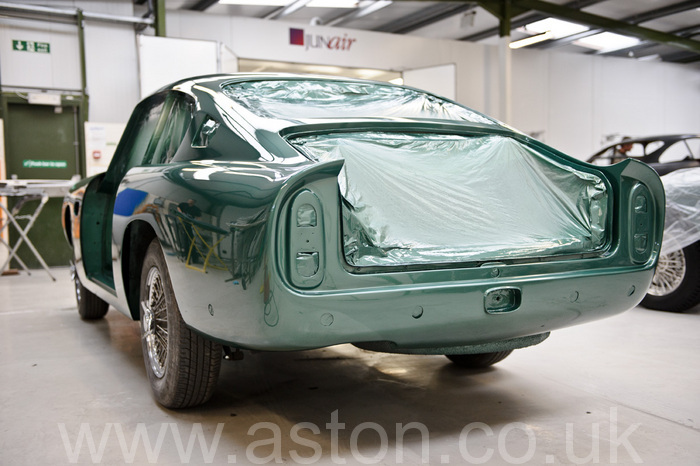 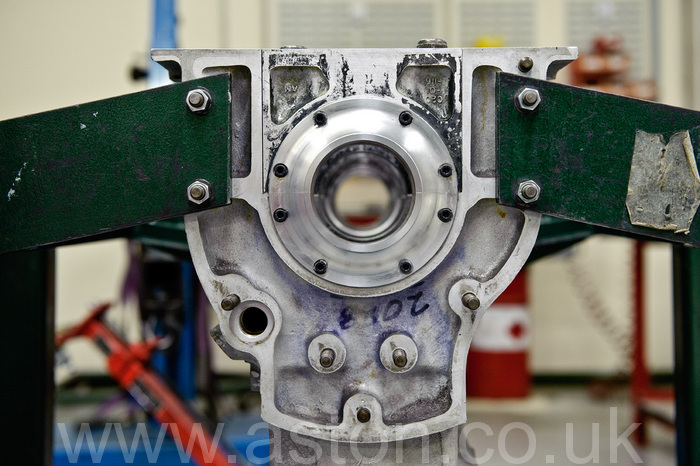 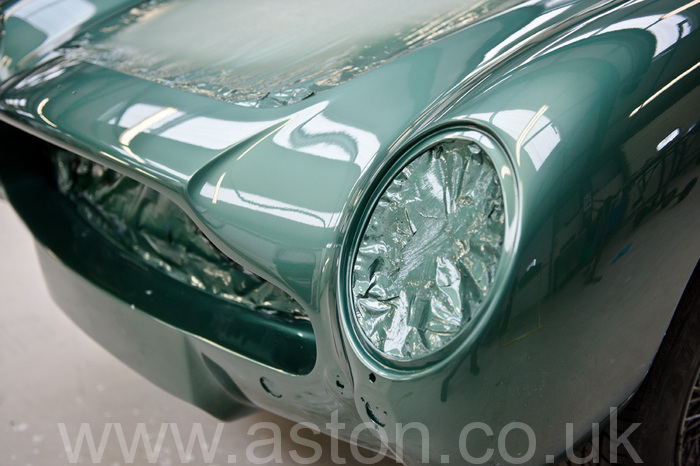 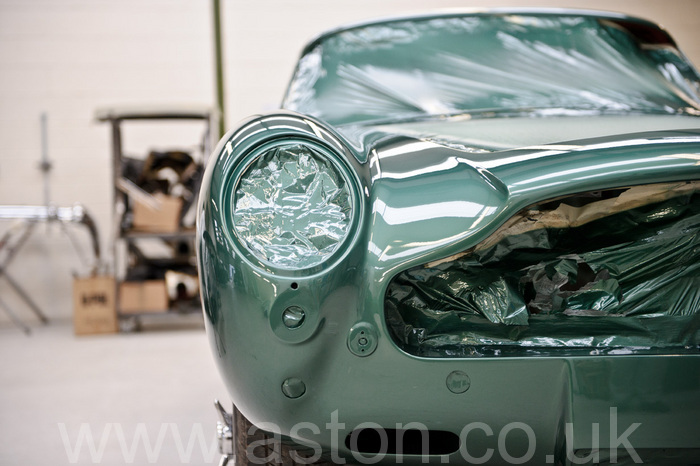 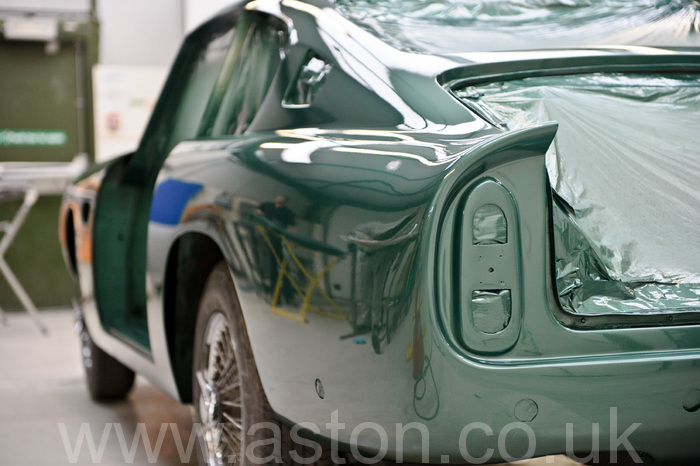 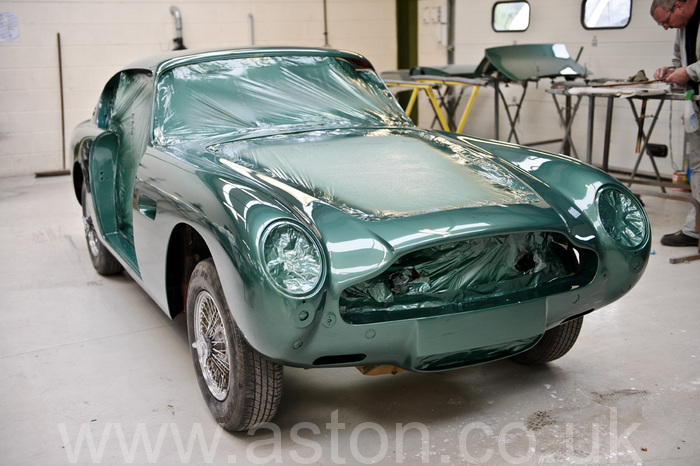 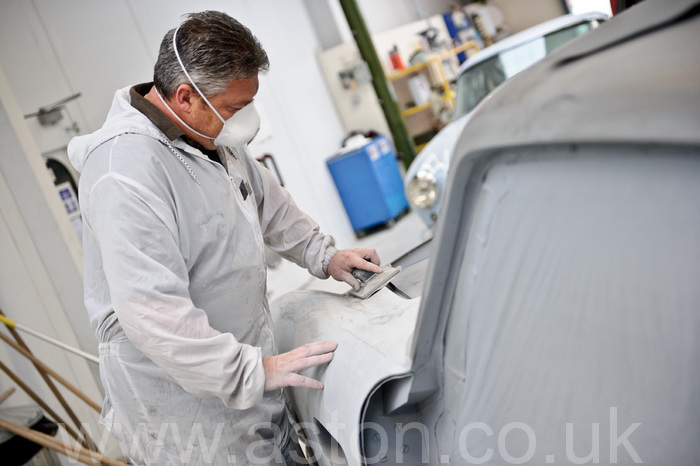 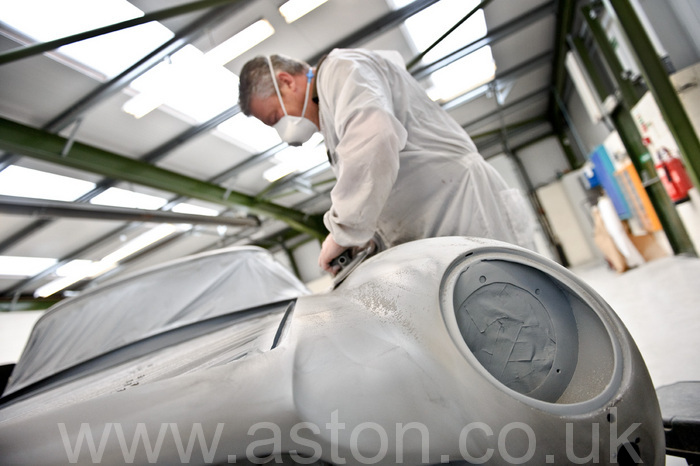 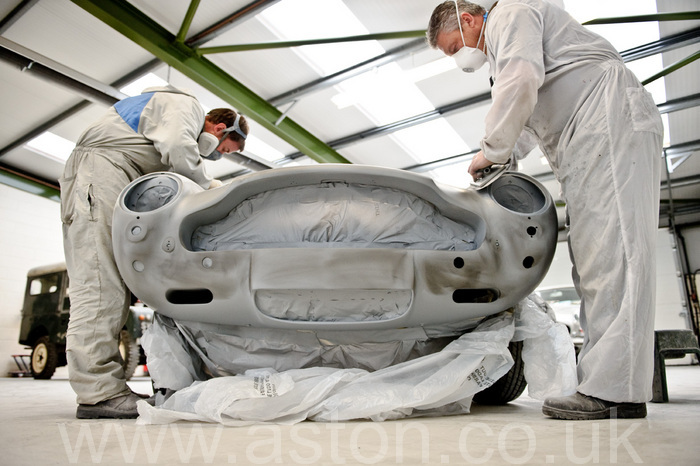 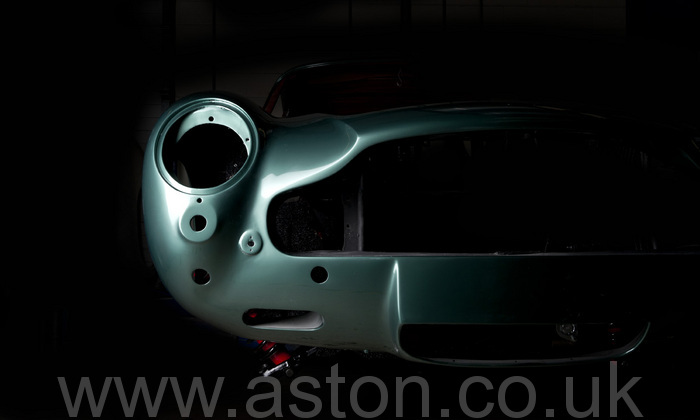 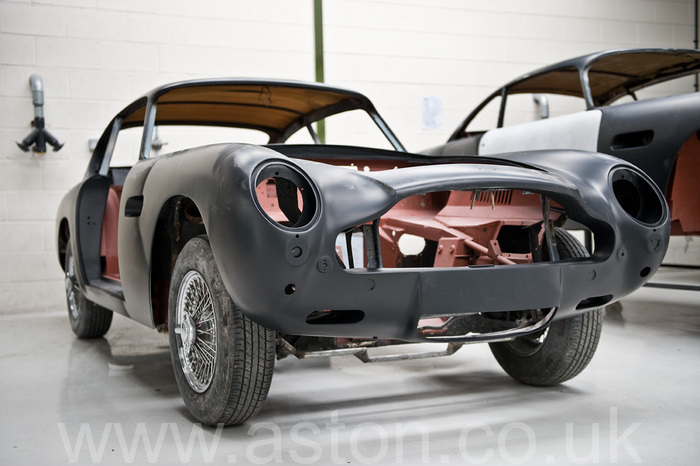 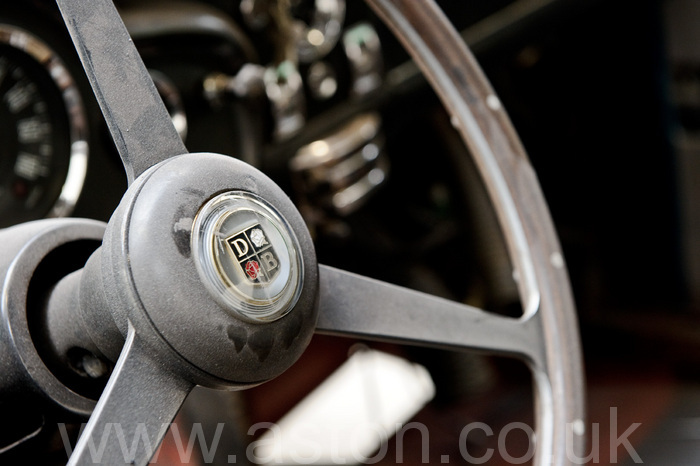 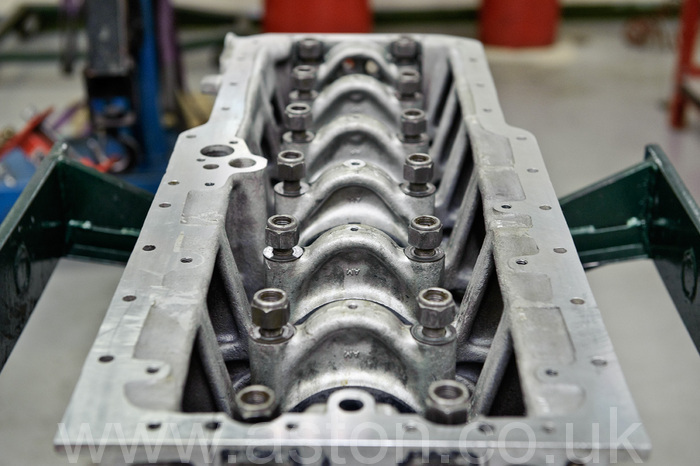 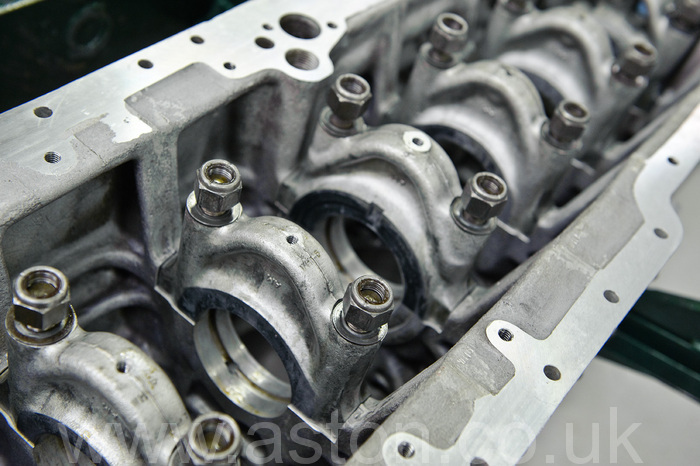 This Aston represents a fantastic opportunity for any Aston enthusiast, a comprehensive Aston Workshop restoration ready to be completed with finishing touches to your own specification. A LHD DB6 Vantage, this superb DB6 was first delivered to a home address in Quebec, Canada in 1967 with a very high original specification including power steering, air conditioning, manual gear box, limited slip differential, 3 eared spinners, heated rear windscreen, detachable headrests, Fiam air horns, safety belts and finally a Vantage specification engine for ultimate performance. Imagine the scene, 1967, a crisp winter evening in Quebec and you arrive at your destination, the coolest party in town, in the coolest car in the world, your brand new Aston Martin DB6 Vantage with all the latest mod cons, could anything be more glamorous? Well yes, it could as a matter of fact; because we believe these iconic cars are just as stunning today as they were back in the sixties, and in some ways even more so… Restored to the quality achieved here at Aston Workshop, our projects are in many ways better than the original factory version now benefitting from upgraded integral air conditioning system and modern electric power assisted steering system. Not wishing to cast aspersion on the factory originals, it is merely the result of advancements in technology that allow us to improve the safety, comfort, handling and performance in ways that they could only have imagined back in the 60’s. So you see, you have the same opportunity now as the original owner had back then, that of driving an automotive masterpiece that has been detailed with the latest enhancements available. Mirroring the original spec in the 21st century we have upgraded this DB6 to include the best of Aston Worskhop's enhancements giving improved road holding with the Monte Carlo Suspension Kit and rear suspension adjustable damper upgrade. Controlled through the modern electric power steering system, in the comfort of the air conditioned and sound proofed cabin you can now explore the ultimate performance of the Aston Workshop developed 4.2 litre Vantage specification engine benefitting from Cosworth pistons and unleaded cylinder head conversion. All controlled with the extra braking power of the Le Mans Brake Booster Kit. To complement the performance and driving pleasure of this Aston you would also have modern electrically controlled window lift system, a heated rear window and the option of in car entertainment to your own specification. In short, this time around you have the added satisfaction of knowing that while you enjoy the immense pleasure derived from driving a DB6 Vantage, you will also be helping to maintain the motoring legend of Aston Martin in the best possible way, as an owner! There is another aspect of owning an Aston Martin DB model that is often overlooked, and yet could be of real significance when it comes to deciding which classic car to go for. The price of classic Aston Martin cars continue to rise, and while we don’t wish to make any misleading claims about their ‘investment’ potential, our experience has shown that these models in particular have generated significant returns over the last two decades in particular. Prices can go down as well as up of course, and no-one can predict future trends accurately, but based on the figures below, it’s certainly worthy of consideration. Having said that, Aston Workshop owner Bob Fountain has always maintained that you “buy an Aston with your heart, not your head” and long may that continue to be the case! Please contact our sales team for further information: +44 (0) 1207 233 525 ------------------------------------------- Original literature for the DB6: Original literature (French): ----------------------------------------------- History of the DB6 The DB6 was announced and shown to the public for the first time at the London Motor show in October 1965 and shares its general specification with the DB5. The most obvious difference between the DB6 and DB5 were changes made to the rear body, the rear spoiler or KAMM tail and the lengthened wheel base to realise a 4 seat capability, reduced cost of production and an improvement in performance through reducing drag and lift at speed. Other changes led to modification to the front to reduce lift, improve cooling and this led to the fitting of quarter bumper bars as opposed to the full width ones fitted to the DB5. The use of unequal length trailing arms for the rear axle, required to enable the adoption of an increased wheelbase, also had the benefit of increasing the rear end roll stiffness which further improved the general stability of the new DB6. Despite all of the modification for the DB6, weight was only marginally increased and the no cost option of a full Vantage specification engine realised a performance for the DB6, rivaling that of the DB4 GT some years earlier and never achieved with the DB5. On the road, the DB6 is noticeably steadier and in general use a more comfortable car with noticeably better internal room for driver and passenger alike. General handling is at least as good as the earlier DB5 and the ride generally is more controlled and comfortable. All in all, the DB6 though planned as an interim model, had indeed achieved a worthwhile gain over its predecessor, all be it at the expense of some of the purity of line exhibited by the DB4 and 5. While the general specification of the DB6 resembled closely that of the DB5, its achievable maximum speed went up to 148 mph from 141 mph with correspondingly improved acceleration.