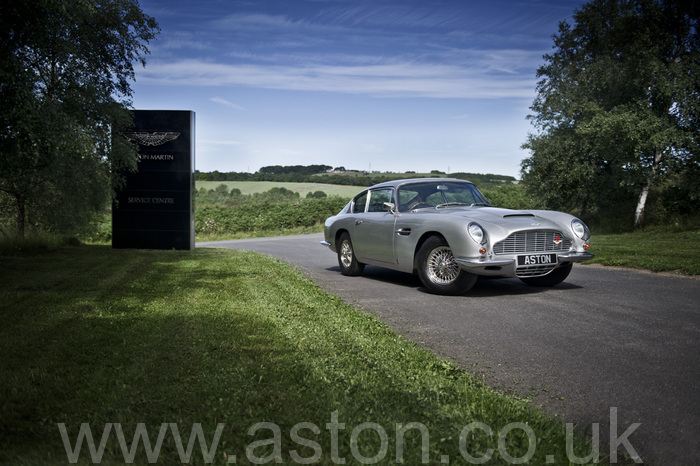 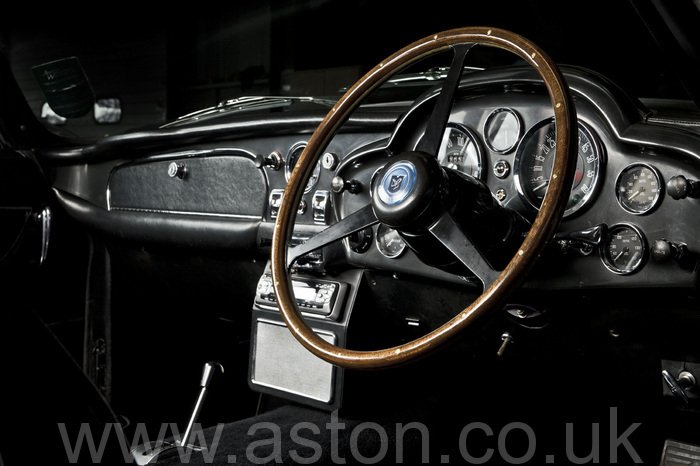 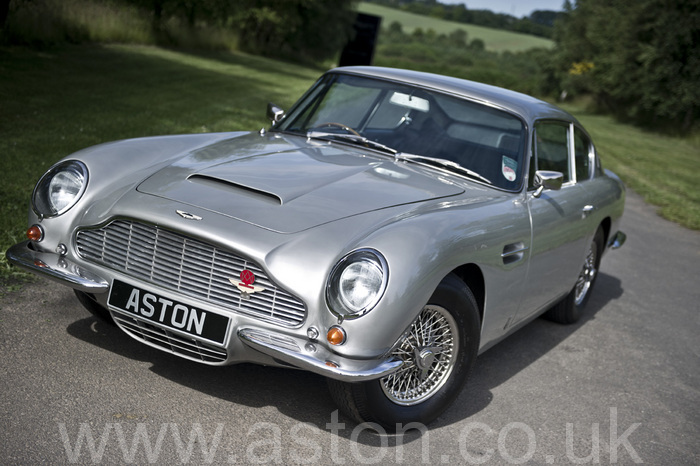 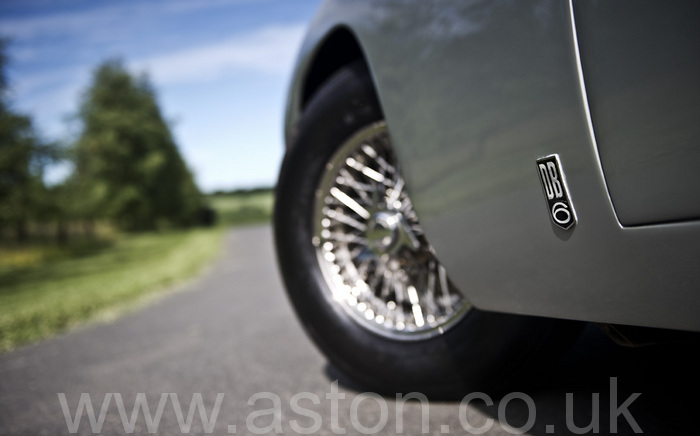 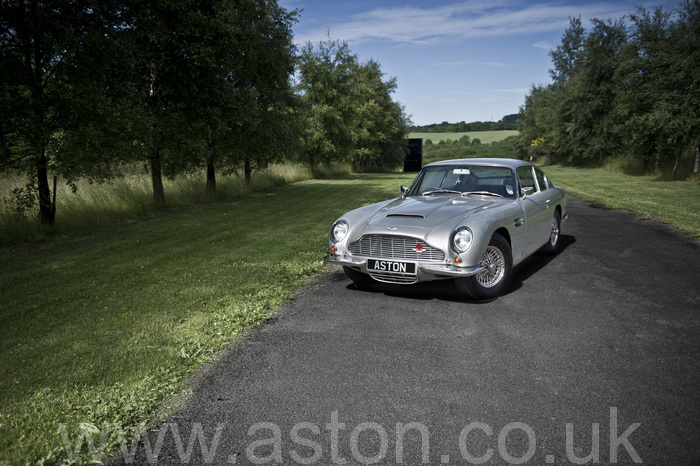 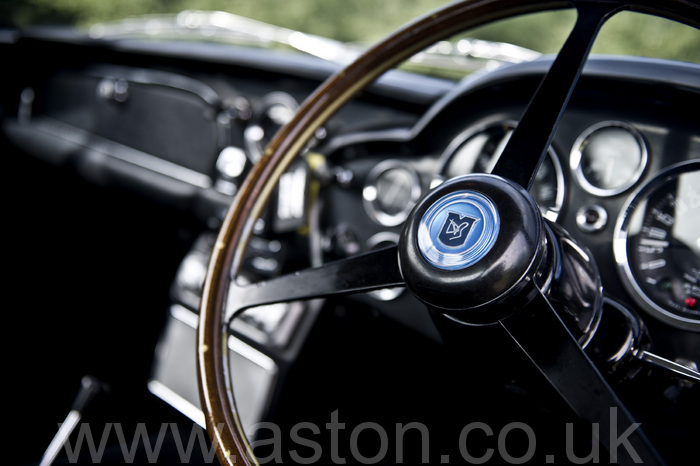 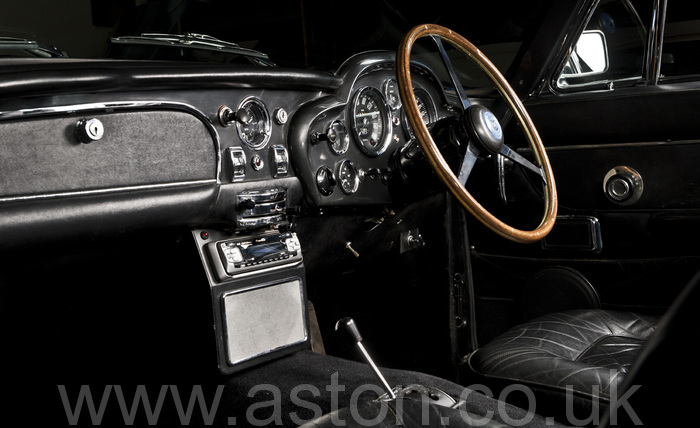 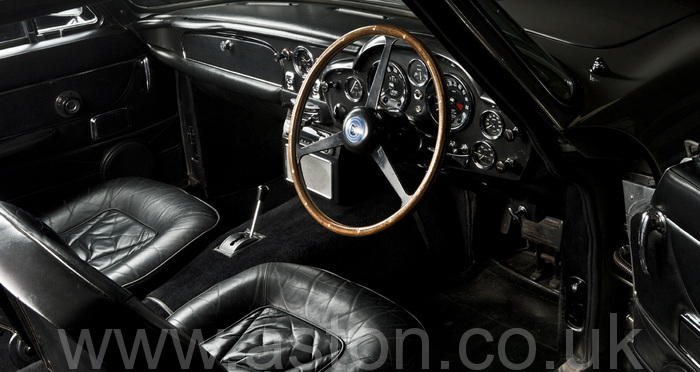 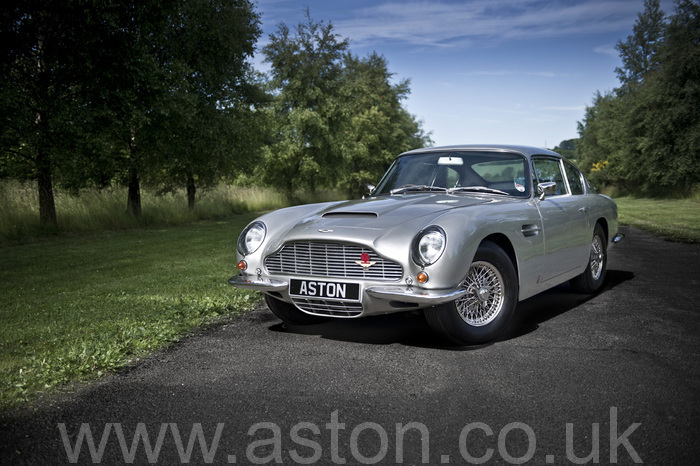 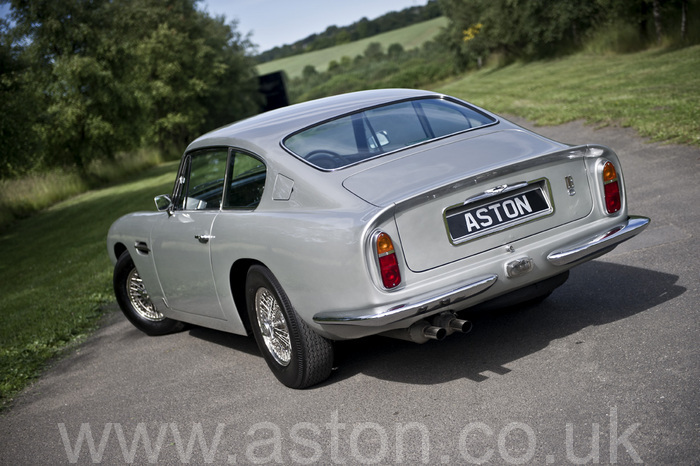 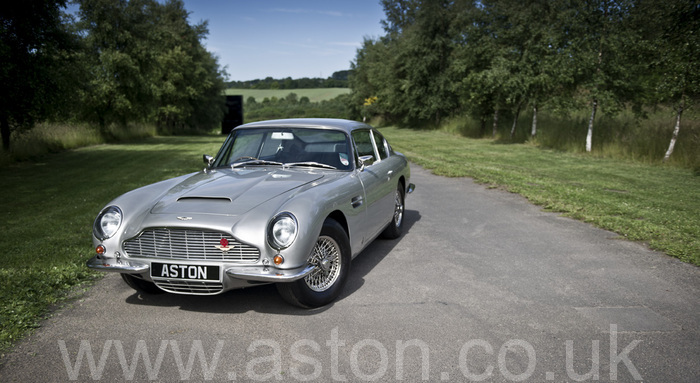 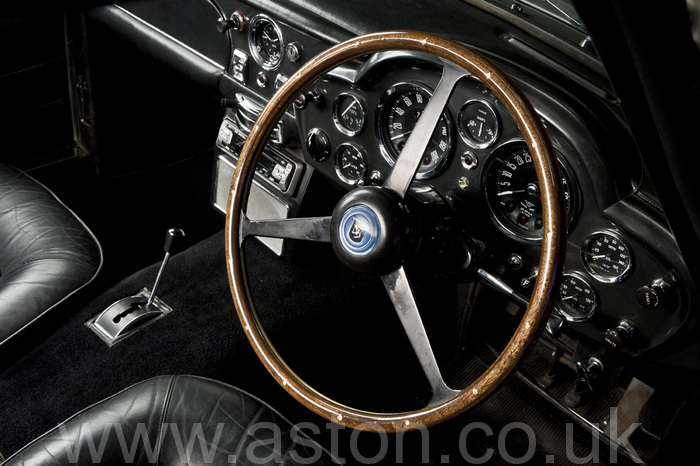 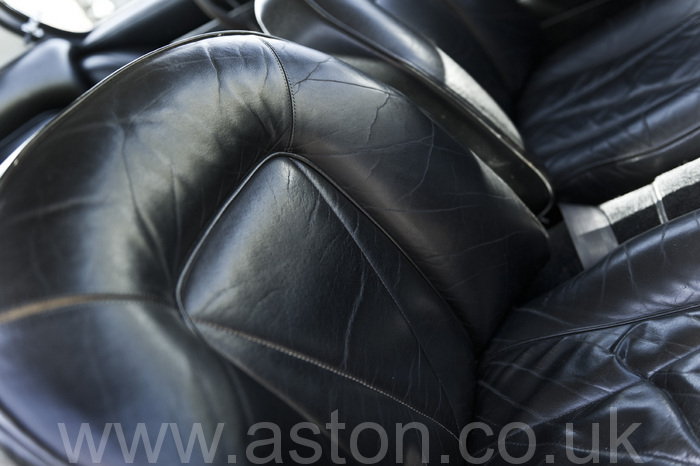 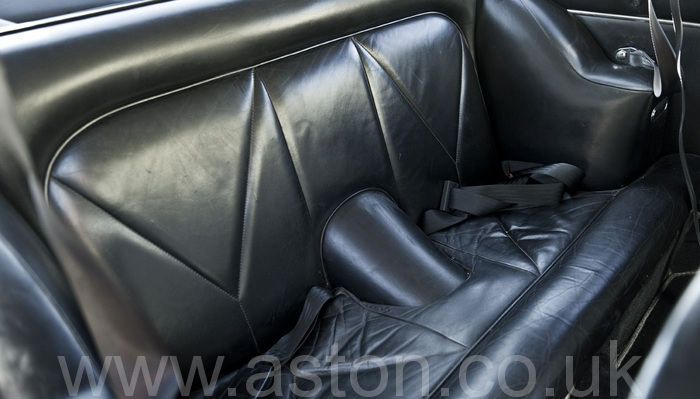 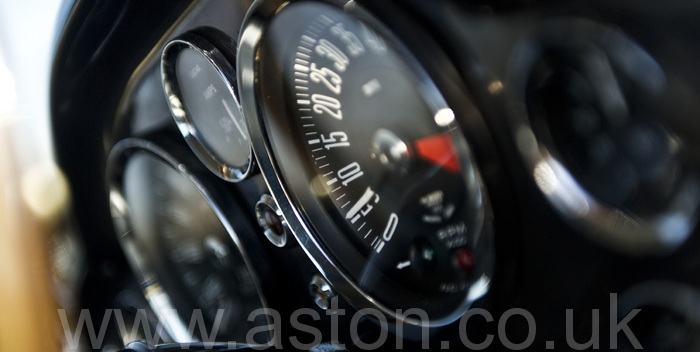 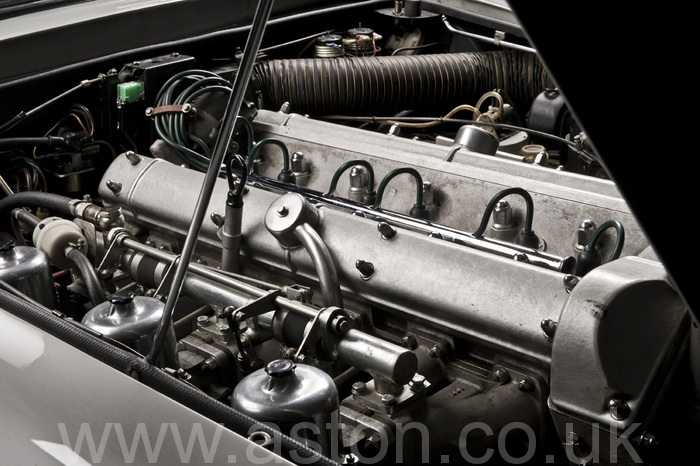 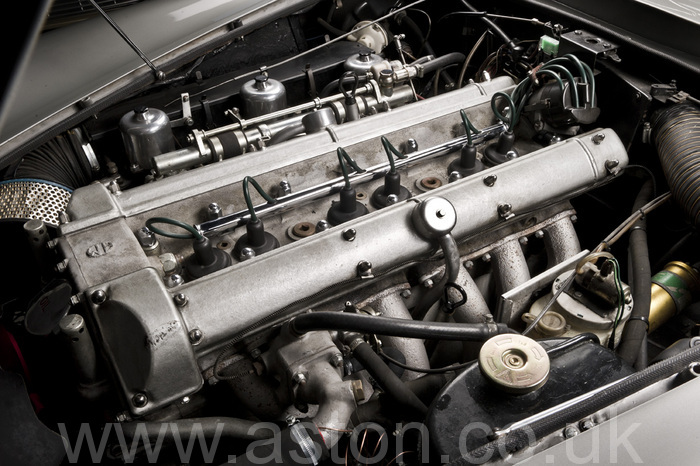 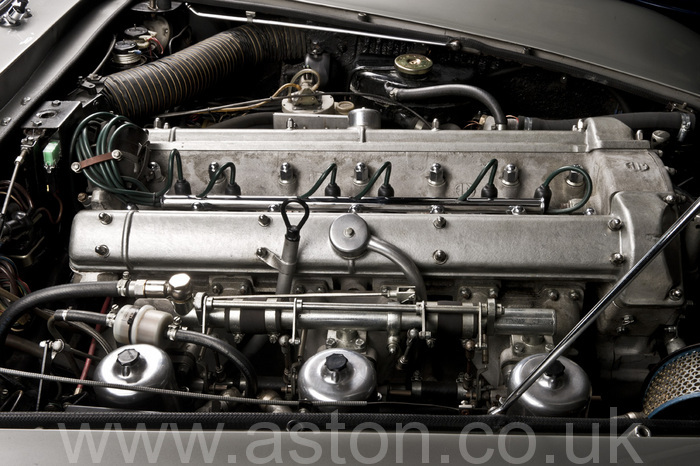 The DB6 was developed with the emphasis on more room for all, a true 4-seater, making it a great choice for those wishing to share the pleasure of Aston Martin ownership with family or friends. At the same time, no compromise was made in terms of performance or handling, ensuring that the DB6 adhered to the Aston Martin core values of luxury and performance combined with stunning looks. This lovely RHD, Auto example of the DB6 Saloon is presented in the original Silver with Black Hide, a timeless combination which never fails to impress. The extensive history folder includes the factory build sheet which indicates that the car was supplied on 3rd November 1969 with the following factory options: To Borg Warner Saloon Spec Power Assisted Steering Two Front Seat Belts Heated Rear Screen Power Operated Aerial Chrome Road Wheels Three Ear Hub Caps The history folder also includes; MOT certificates between 1978-2011, Service and Repair bills between 1976-2011, DB6 Instruction Book, Photographs (plus photo CD) plus spare keys. We are very familiar with this Aston and work undertaken by Aston Workshop in recent years includes; A full Aston Workshop engine rebuild to 4.2 litre, unleaded specification undertaken in 2006 Borg Gearbox fitted (1998) Central Locking fitted (2004) New Tyres (2004) Annual Service (2005) Monte Carlo Handling Kit fitted (2006) Annual Service, New Road wheels & Electronic Ignition fitted (2005) Front suspension overhaul (2006) Bodywork fully refurbished (2007) Annual Service (2008) New window lift motor fitted (2008) Annual Service and new track rod ends fitted (2008) 2 New Tyres (2009) Service, new power headlight conversion & new electric aerial fitted (2010) The DB6 is a great choice for those wishing to purchase a classic Aston Martin from the golden period of Aston production. As the first genuine, usable 4-seater DB it represents more classic Aston Martin for less money, a car that makes a great deal of sense both to your heart and your head! This is one of the last DB6 MKI to be made and comes complete with a comprehensive history folder that demonstrates just what a cherished and well cared for example this is. This is a great opportunity to purchase a very well maintained, genuine, drivable Aston Martin DB6 MKI in the original colours and at an affordable price. NOTE: Upgrades that the new owner may wish to consider include upgrading the engine cooling system, air conditioning and a left hand drive conversion. Our workshop manager will be more than happy to provide estimates for any of these and other upgrades. ------------------------------------------- Original literature for the DB6: Original literature (French): ------------------------------------------- ---------------------------------------- Aston workshop Investments Guide: ---------------------------------------- History of the DB6 The DB6 was announced and shown to the public for the first time at the London Motor show in October 1965 and shares its general specification with the DB5. The most obvious difference between the DB6 and DB5 were changes made to the rear body, the rear spoiler or KAMM tail and the lengthened wheel base to realise a 4 seat capability, reduced cost of production and an improvement in performance through reducing drag and lift at speed. Other changes led to modification to the front to reduce lift, improve cooling and this led to the fitting of quarter bumper bars as opposed to the full width ones fitted to the DB5. The use of unequal length trailing arms for the rear axle, required to enable the adoption of an increased wheelbase, also had the benefit of increasing the rear end roll stiffness which further improved the general stability of the new DB6. Despite all of the modification for the DB6, weight was only marginally increased and the no cost option of a full Vantage specification engine realised a performance for the DB6, which rivalled that achieved by the DB4 GT some years earlier and never achieved with the DB5. On the road, the DB6 is noticeably more steady and in general use, a more comfortable car with noticeably better internal room for driver and passenger alike. General handling is at least as good as the earlier DB5 and the ride generally is more controlled and comfortable. All in all, the DB6 though planned as an interim model, had indeed achieved a worthwhile gain over its predecessor, all be it at the expense of some of the purity of line exhibited by the DB4 and 5. While the general specification of the DB6 resembled closely that of the DB5, its achievable maximum speed went up to 148 mph from 141 mph with correspondingly improved acceleration.