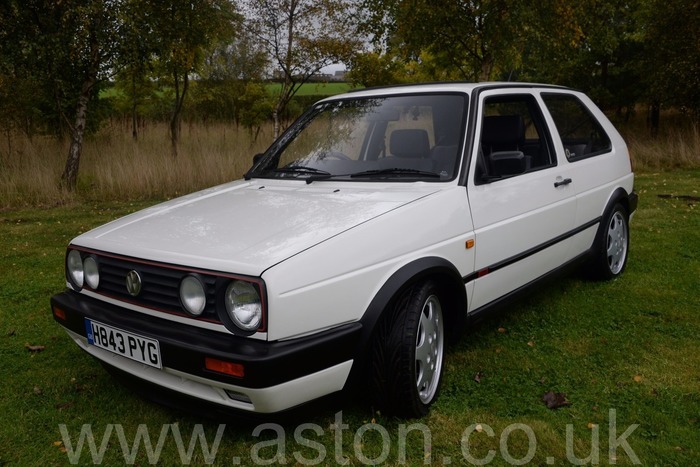 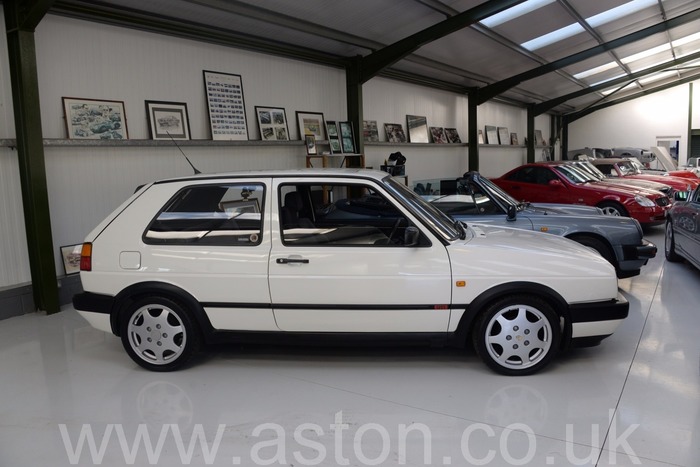 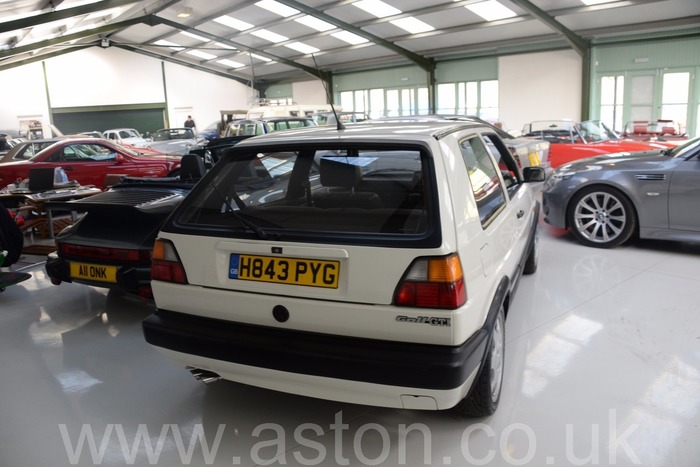 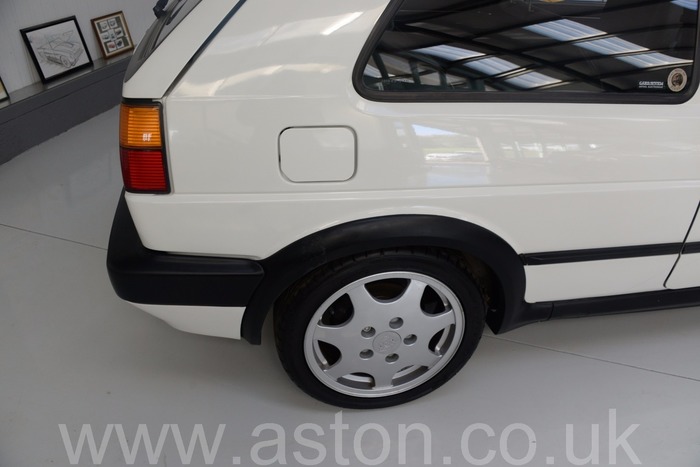 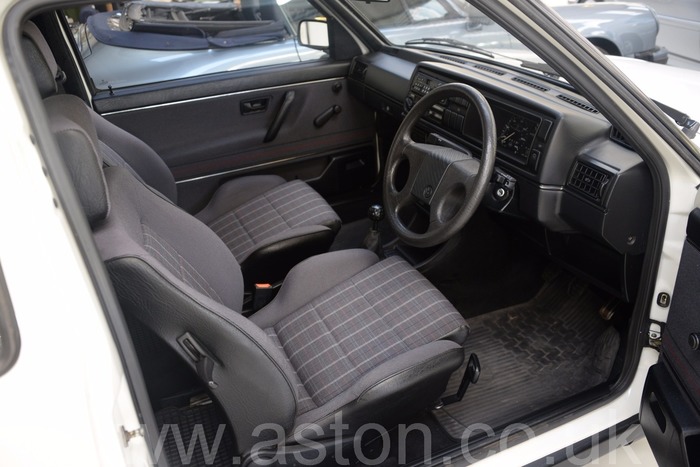 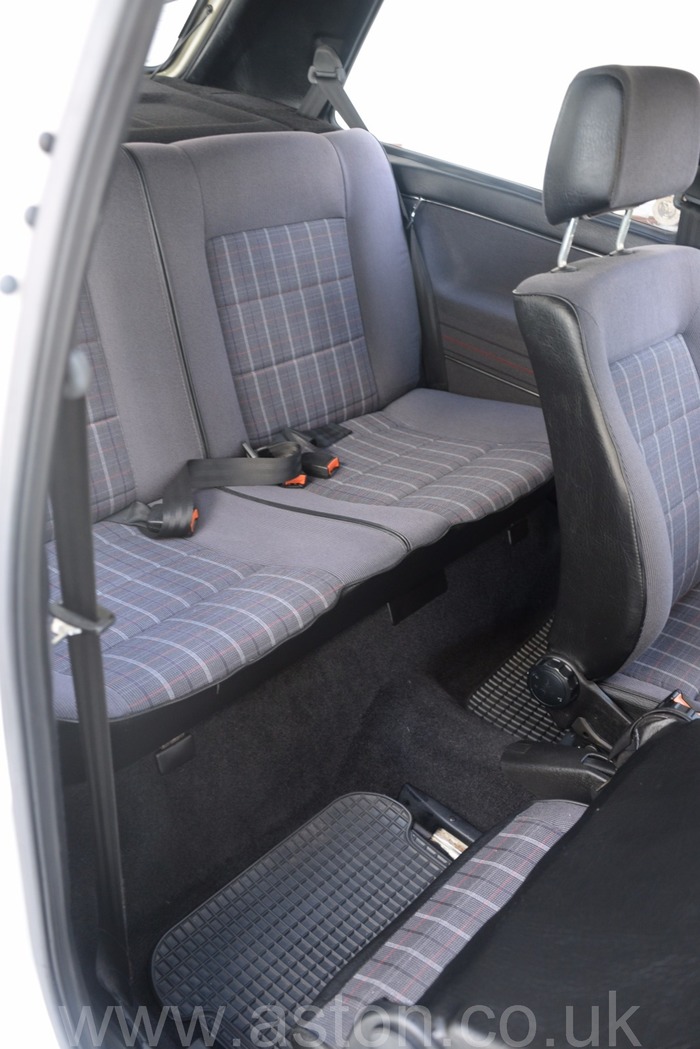 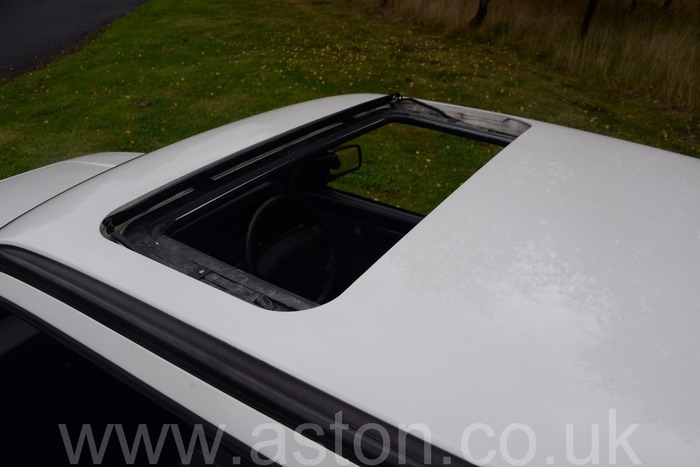 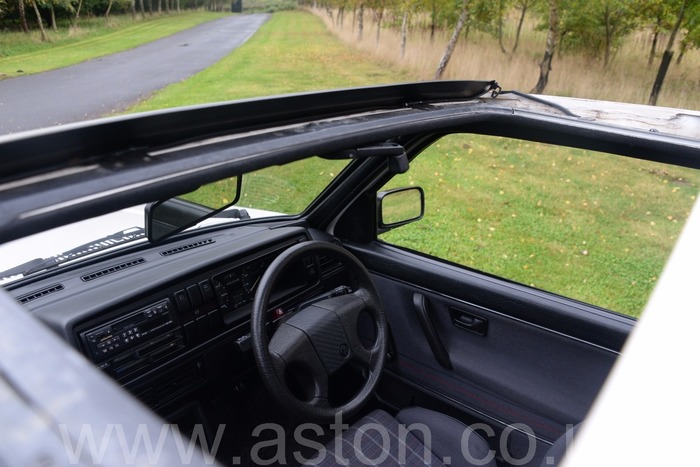 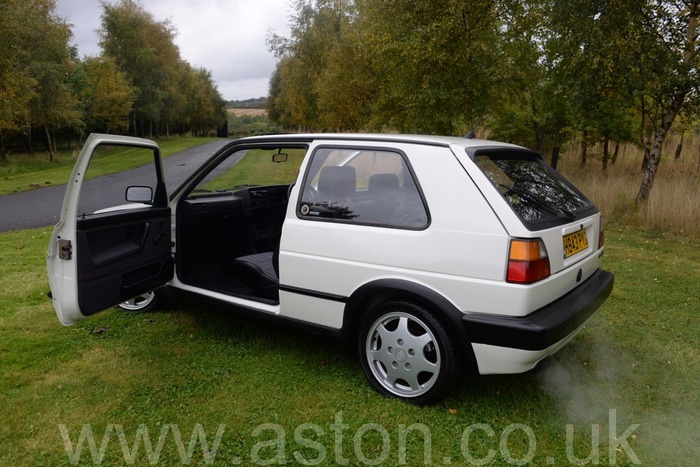 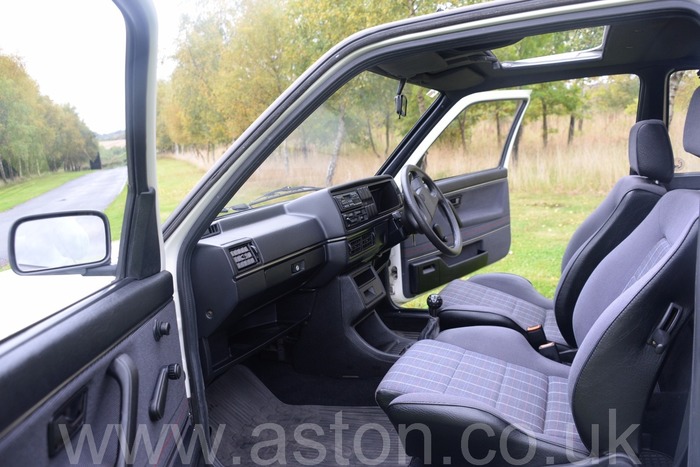 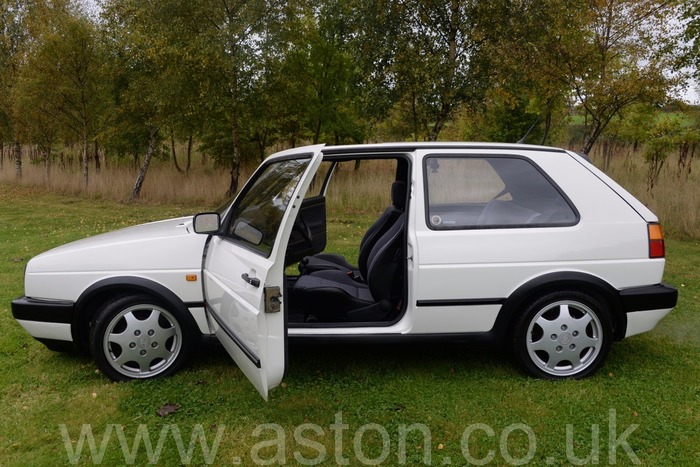 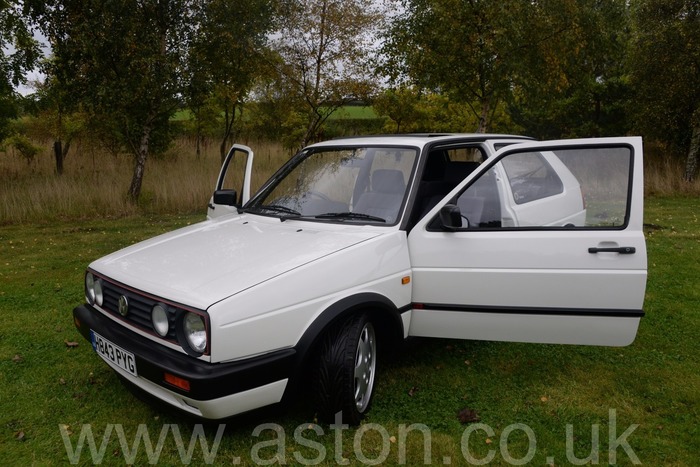 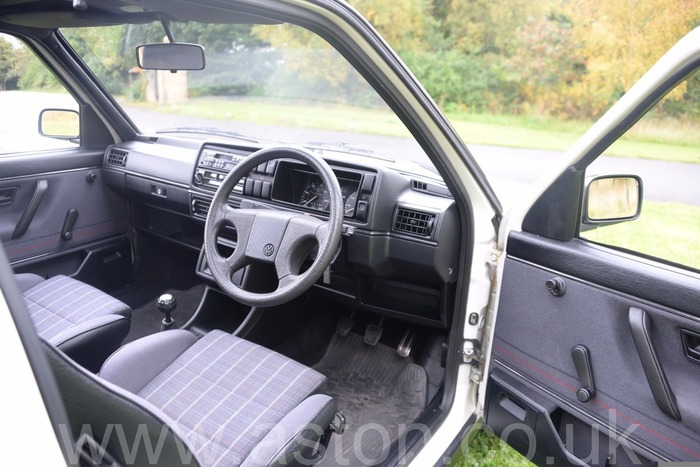 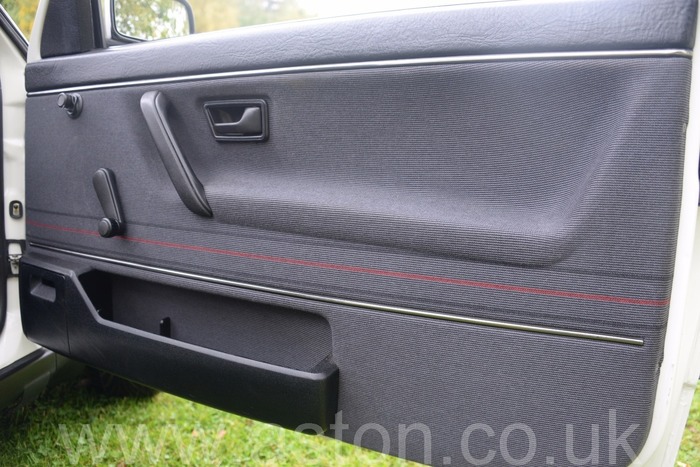 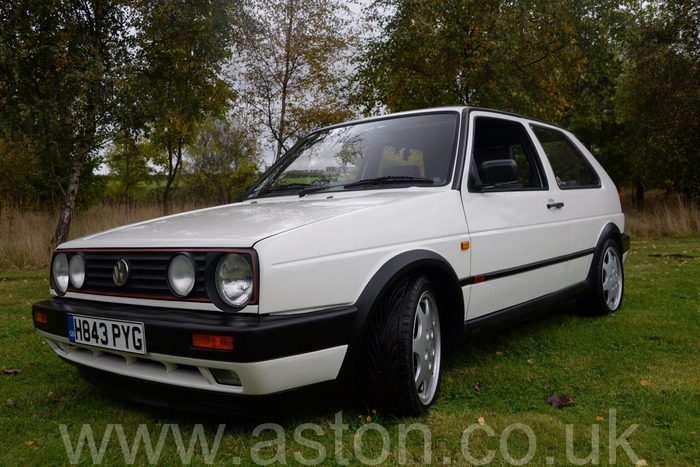 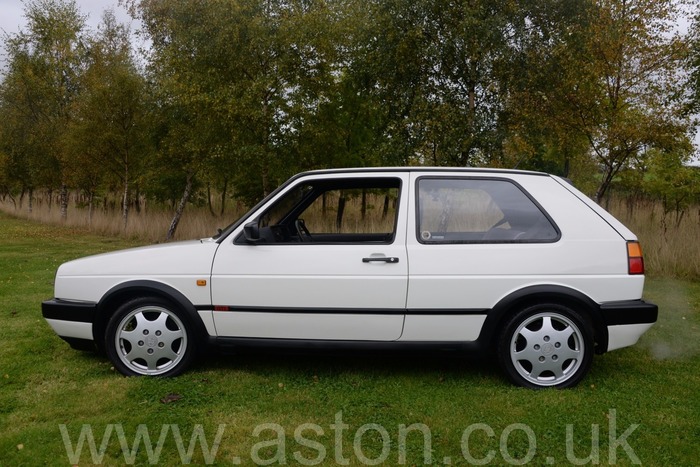 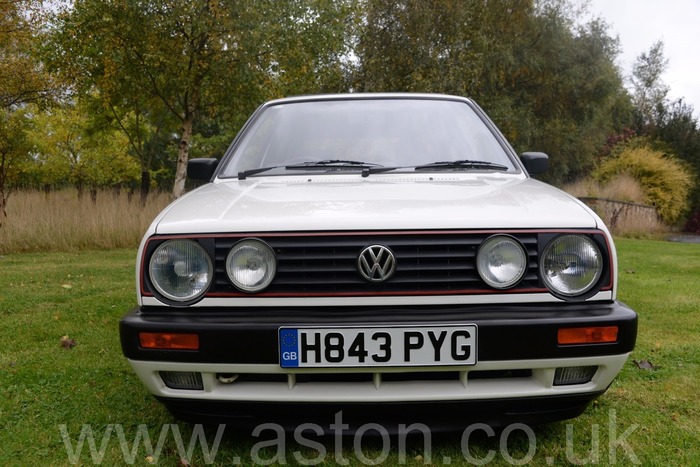 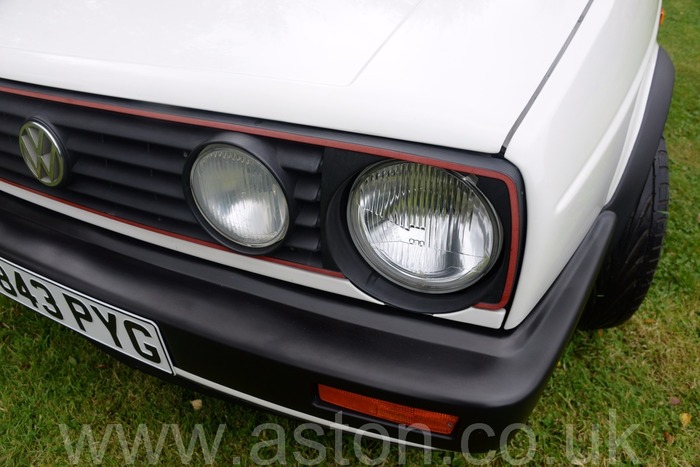 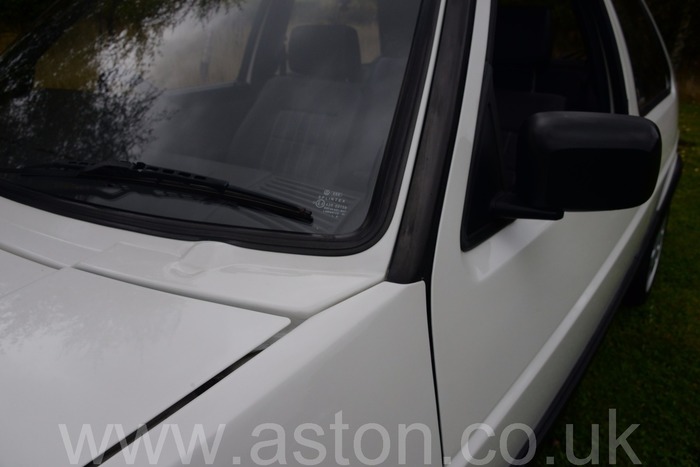 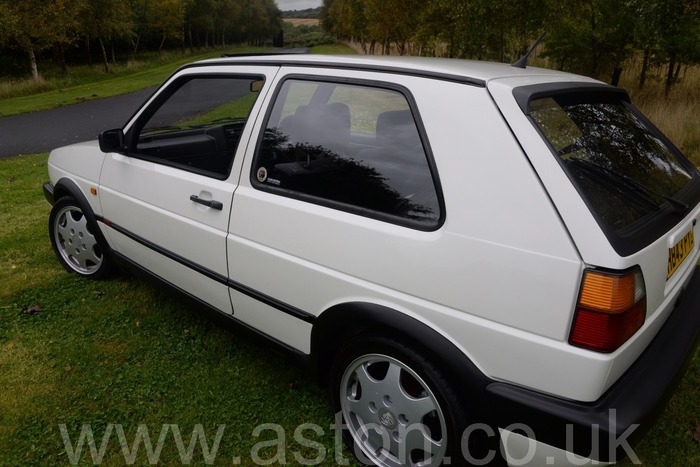 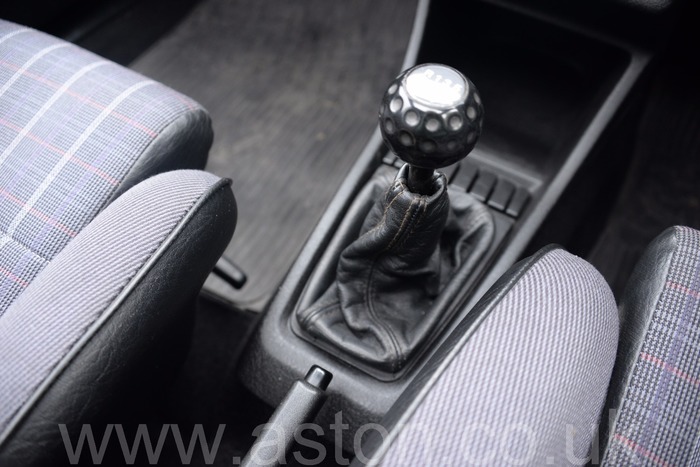 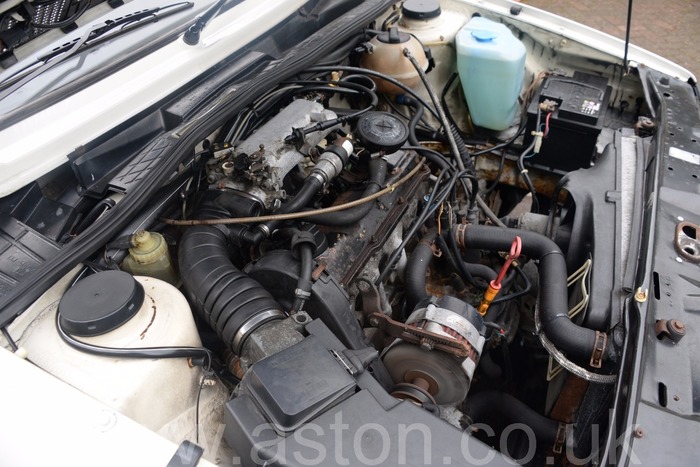 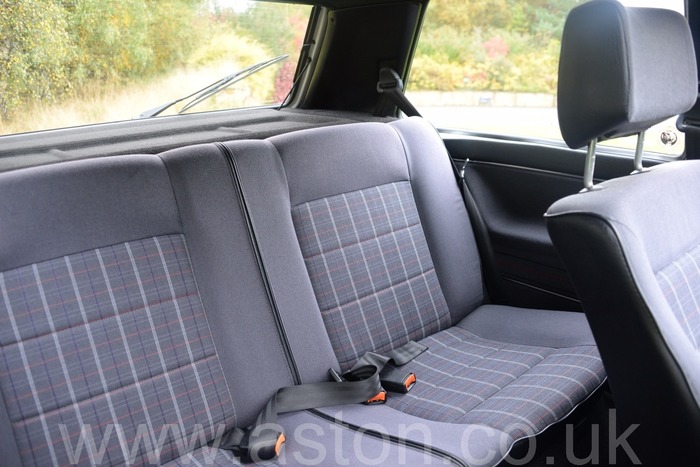 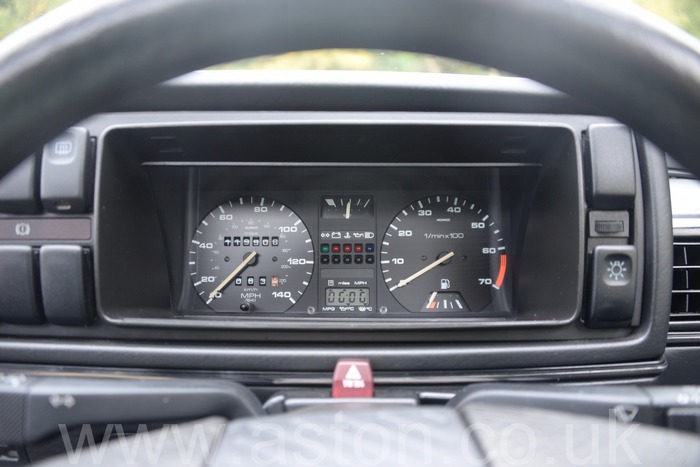 Original 1990 VW Golf GTi 8v that has been garaged and cosseted with full service history. Originally supplied to Harrogate in Nth Yorkshire this immaculately bodied GTi shows very cleanly with little wear and has been lovingly maintained and garaged by all her keepers.

It’s a lightweight at 960KG and offers a high torque ratio, with a top speed of 124 mph.

With rack and pinion steering and power being directed to the front wheels they offer a great deal of fun, are lively drivers and still give moderns a run over short distances.

During the life of the Golf MK2 , there were a number of external style revisions. Notable changes to the looks of the Golf MK2 included the removal of quarter light windows in the front doors, and the introduction of larger grille slats with the August 1987 facelift. The most notable was the introduction of so-called "Big Bumpers", which were introduced in the European market with an August 1989 facelift and remained in production until late 1992.

Volkswagen reportedly spent £500 million developing the Mk2 – it slightly grew in wheelbase, with greater exterior and interior dimensions over its predecessor. Despite this it still retained the overall look of the Mk1, albeit slightly more rounder as to improve aerodynamics and reduce drag.

Popularity of the Mk2 grew from the 1987 advertisement "Changes" in which Paula Hamilton bearing a close resemblance to Diana, Princess of Wales is seen leaving her husband, posting her wedding ring back through the letterbox, ditching her mink coat, throwing the house keys at the cat and dumping the pearl necklace BUT keeping the car keys; it used the tag line "If only everything in life was as reliable as a Volkswagen". The commercial was a hit and changed the way cars were advertised from then on.

This ‘big bumper' Mk2 is in exceptional, original condition and is completely rust-free.

The body benefited from a full respray in 2009 where all the body fitting, glass and trim were removed to allow a concourse level paint job to be done.

The trim is neat and in good condition, the lights are free from cracks and moisture, with all windows retaining their etched registration numbers. The underside of the car is also very clean of any corrosion or damage.

Having seen such light usage over the years the cabin remains extremely fresh and tidy. The tartan style cloth upholstery has really stood the test of time, and maintains a lovely crisp pattern throughout. The fabric does not show any signs of sagging.

The interior remains period correct, and free from any modifications or ‘upgrades'. The dash and fascia are undamaged, and the carpets also appear spotless. The seats in the rear are pristine, and the rear luggage compartment also presents well.

Much of the early service work (to 2006) was carried out by VW service centres prior to being owned by a top mechanic.

The five-speed ‘box feels smooth and precise to operate.

The Golf sits on Porsche 924 wheels with 16" Toyo tyres and is sold with its original set of 15-inch BBS RM012 split rim wheels. They are complete with the correct BBS centre caps and also feature locking wheel nuts.

Present in the history file is the VW document pack complete with all the original manuals to include the stamped service booklet. The paperwork is packed full of invoices, MOT certificates, and includes period documentation from when the car was new.